An IT expert is fighting for access to secret cabinet documents which may detail why the Commonwealth’s botched robo-debt scheme was introduced and which senior ministers were responsible for approving it.

Justin Warren has been locked in a four-year Freedom of Information battle with the government over access to a series of documents which he says detail crucial elements of the decision-making process of cabinet before they introduced the bungled scheme. 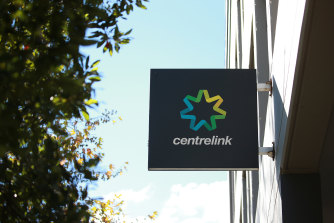 Tom Brennan SC, acting for Mr Warren, told Administrative Appeals Tribunal deputy president Peter Britten-Jones on Thursday that how the government came to enact the policy is still a mystery to the Australian public.

“Robo-debt is dead, buried and cremated,” Mr Brennan said, “the ‘how’ and ‘why’ a substantial Commonwealth department of the importance of the Department of Human Services could lead a cabinet to … adopt such an egregious policy where, within a matter of years, to … consent to a declaration … of the Federal Court that this policy resulted in systemic illegality.”

“The ‘how’ and ‘why’ are matters of immediate continuing currency of the use of technology in decision-making [which] is at heart of governance of much of this country. Here is a living, breathing example of one that is done very badly.”

“This was a shameful exercise, a shameful episode of Commonwealth public administration, leading to huge waste of public monies.”

In 2019, the Australian Information Commissioner had originally granted Mr Warren access to 10 of the 13 documents he requested, but the government appealed that decision to the tribunal.

The documents, which remain confidential, could shed light on who approved the scheme, for what reasons, and what advice the government took, or didn’t take, which led to what became the robo-debt policy, officially known as the income compliance program.

Robo-debts were generated on a massive scale from September 2016 until November 2019 using a computer program that required people to show they had not been overpaid welfare on the basis of Tax Office data.

If they did not supply enough information, the system assumed Tax Office earnings data for one period could be averaged across much longer periods of time and issued debts that were often incorrect, overstated or unjustified. 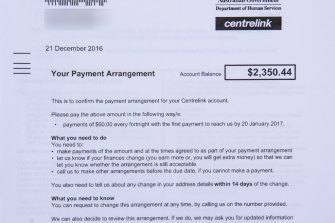 In May 2020, after a series of decisions confirming the program’s faults in the AAT and Federal Court, and facing a class action, the Morrison government announced it would refund $721 million in robo-debts. It settled the class action for a total of $1.2 billion.

Government lawyer Andrew Berger, QC, said if the documents were released public servants would be “hamstrung” if they had to give advice to cabinet knowing they could be subject to a disclosure request and their advice publicly disseminated.

“[Public servants] would always have one eye on the fact that ‘well this could be released’ and ‘what’s going to be made of that’ and ‘what will the minister or ministers in question think about that’ and so on,” he said.

Mr Berger argued that releasing the documents would threaten the ability for public servants to give frank and comprehensive advice.

“It’s very important that rather than people briefing cabinet … being worried about what might be disclosed, that its focused be what is all the relevant information we need to make the best decision we can given the profound impact such decisions can have on our country,” he said.

“The public interest in that confidentiality, to enable that vitally important task to be undertaken as effectively as possible, readily and comfortably exceeds any public interest in disclosure of the information in these documents.”

The dispute centres on whether the documents are exempt from the Freedom of Information request because they are cabinet documents, and whether it is in the public interest to have them made public.

Mr Brennan argued their disclosure will provide value for public debate and provide comfort to the families of those who took their own life while being chased by a debt issued by the scheme.

“We say Mr Warren’s evidence powerfully demonstrates that disclosure to him will result in extensive public debate and discussion,” he said.

“Release to Mr Warren will result in the victims of robo-debt and their surviving relatives, including those who suicided because of robo-debt having access to the same content and that’s of direct and immediate benefit.“

Federal Labor has called for a royal commission into the scheme, arguing it was the only way to get to the bottom of how it was implemented.

A report from the Commonwealth Ombudsman released in April said public servants manually identified 525,648 debts raised on unlawful grounds through the robo-debt program: about 50,000 more than the government confessed in May 2020.

While that process was happening from November 2019 until at least May 2020, the government continued to pursue people who had purported debts if they had not yet been identified as a robo-debt, causing a “high risk” it was chasing debts with no legal basis.