Killing Eve actress Fiona Shaw has found love with a female economist who suffered excruciating heartbreak when her entire family was wiped out in the Boxing Day tsunami, MailOnline can reveal.

The Harry Potter star recently told how she was ‘loving’ domestic bliss with her partner Dr Sonali Deraniyagala.

Speaking of her contentment, the acclaimed stage actress, 60, said: ‘I married and that calms you down. I didn’t really have a domestic life because I was always working. But I do have one now, which I love.’

For her partner the wedded bliss comes after a life blighted by unimaginable tragedy after her husband, parents and their two young sons all perished in the Indian Ocean disaster. 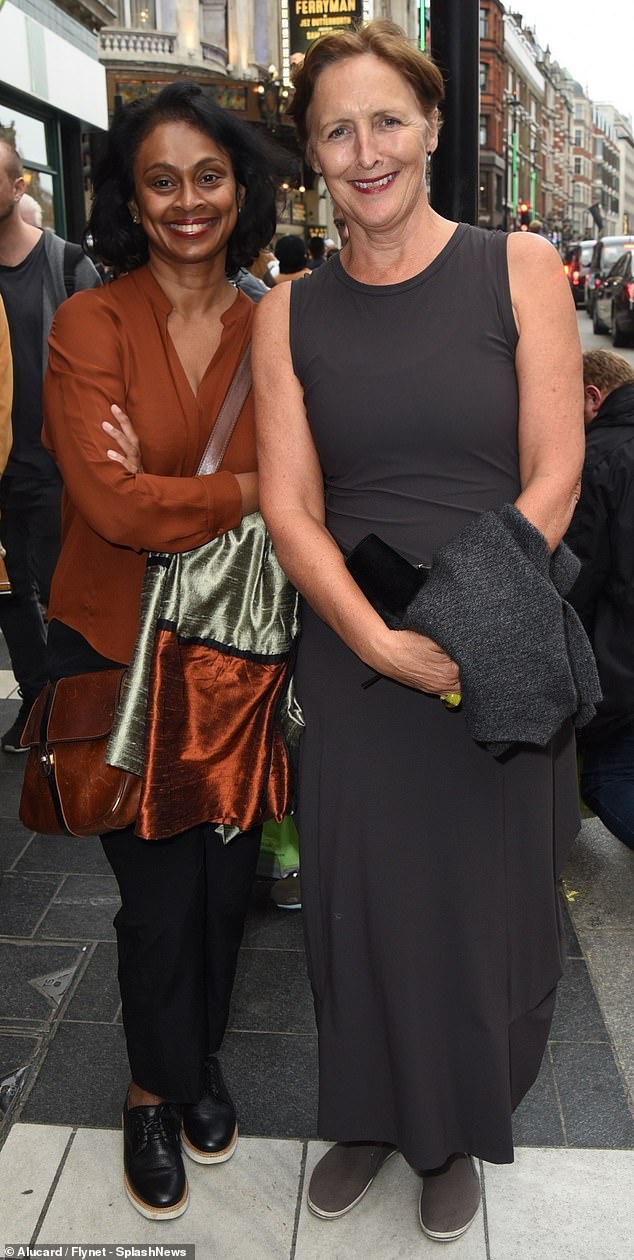 Actress Fiona Shaw has found love with Dr Sonali Deraniyagala (both pictured), an academic who suffered excruciating heartbreak when her entire family died in the Boxing Day tsunami 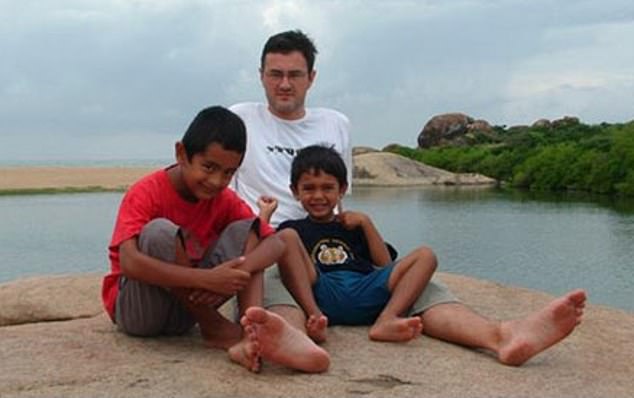 Dr Deraniyagala was on a Christmas break in her native Sri Lanka when her husband Stephen Lissenburgh, their sons, Vikram, Nikhil, and her parents were killed in the Boxing Day tsunami 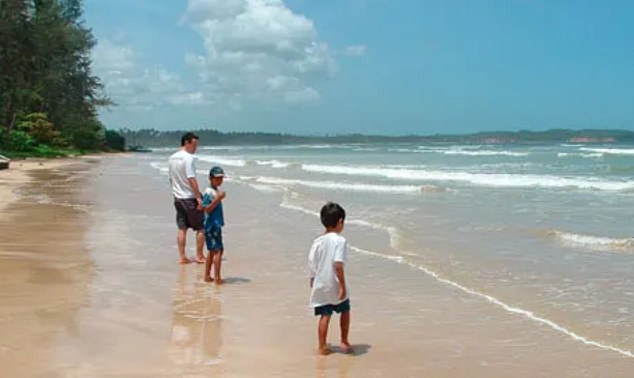 In her memoirs, Dr Deraniyagala told how as her husband and their two sons (pictured) raced away from their hotel in a jeep, their vehicle became submerged in a 30 feet wall of water

Dr Deraniyagala was on a Christmas break in her native Sri Lanka along with her economist husband Stephen Lissenburgh, their sons, Vikram, five, Nikhil, seven, and her parents Gemini and Edward.

They were staying at the Yala Safari Beach Hotel in the south of the country, which was directly in the path of the tsunami.

As they spotted impending giant waves surging towards them, Dr Deraniyagla and her husband grabbed their children, rushed out of the hotel and attempted to escape in a jeep, not even having time to collect her parents from a nearby room.

As the family tried to race away they became submerged in a 30 feet wall of water. 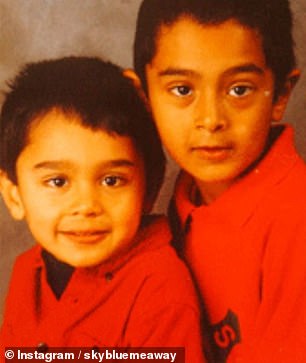 ‘I think he (Stephen) saw the wave when it was rising and when it was coming at us,’ she recalled the last moment she saw her husband alive.

‘The last I saw of Steve was that look on his face where he looked completely aghast, seeing something that I couldn’t see. But I couldn’t turn back; I didn’t have time to turn back and look … because that’s when the jeep turned over and we were all dispersed.’

Dr Deraniyagala was found semi-naked and unconscious in a lagoon, clinging to a tree and was taken to hospital where she frantically tried to establish the whereabouts of her husband, two sons and parents.

Tragically, she was the only one who survived. The bodies of Vikram and her parents were found several days after the tsunami while Stephen and Nikhil were discovered months later in a mass grave and were identified through DNA tests.

Their devastating losses sent Dr Deraniyagala into years of depression during which time she contemplated suicide and also abused alcohol and prescription pills, as she confessed in Wave, a moving memoir she wrote in 2013 about her struggle to come to terms with what had happened.

After being released from hospital, Dr Deraniyagala went to live with her aunt in Colombo, where friends and family kept a 24-hour watch over her to prevent her from committing suicide.

In her book, Dr Deraniyagala documents the torment she suffered as she attempted to face up to the reality of life without her family.

‘I would plead in the darkness, where are they, bring them back,’ she laments. ‘I will kill myself soon. But until then, how do I tame my pain? 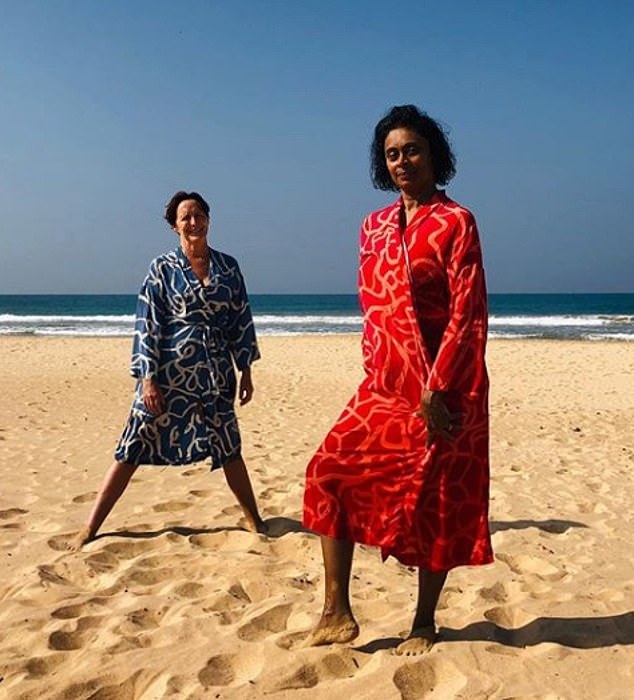 In her book, Dr Deraniyagla (pictured) told how she and her husband grabbed their children, as they spotted impending giant waves surging towards them and rushed out of the hotel and attempted to escape in a jeep, not even having time to collect her parents from a nearby room 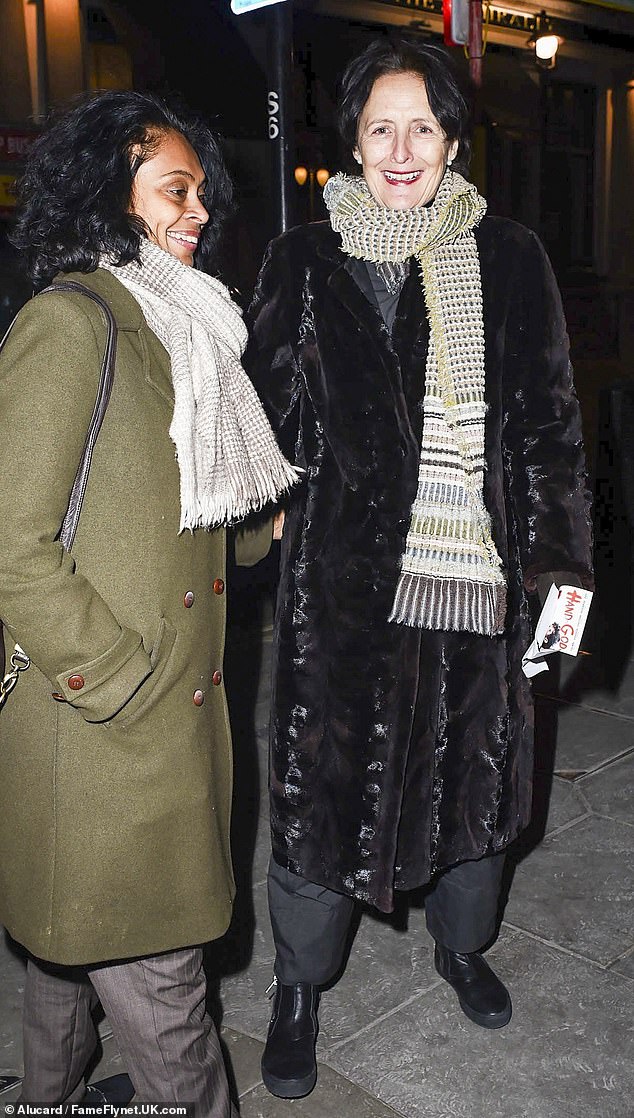 Shaw (pictured), 60, who also played aunt Pertunia Dursley in five of the Harry Potter films, listed her partner Dr Deraniyagla’s memoirs ‘Wave’ as one of her all-time favourite books 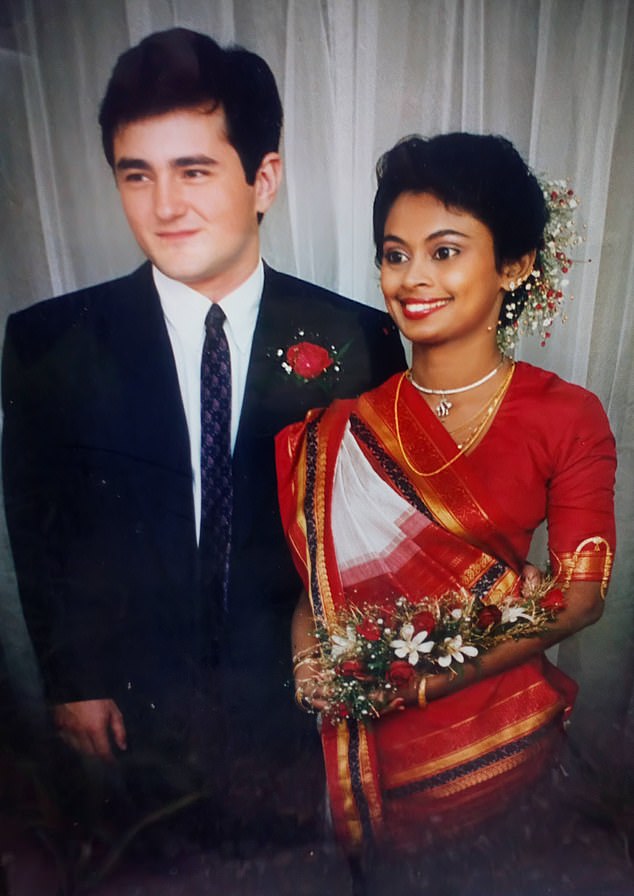 Dr Deraniyagala met her husband Stephen (pictured) at Cambridge University where both were studying economics. They married in 1990 in Colombo and lived there for two years before returning to north London to start a family

‘When I lie in our bed the power of their absence assails me. The sheets have not been changed since Steve and I last slept on them. I haven’t been able to bring myself to wash them, and so I sneeze all night.’

After months of living in near isolation in Colombo, Dr Deraniyagala moved to New York where she was treated by eminent psychotherapist Mark Epstein who specialises in the area of traumatic experiences. It was he who initially suggested that she start writing down her thoughts, which formed the basis of her award-winning memoir.

‘It was so painful to write,’ she once said. ‘The trauma of it, the joy of our life, all of it. You can’t have one without the other.’ 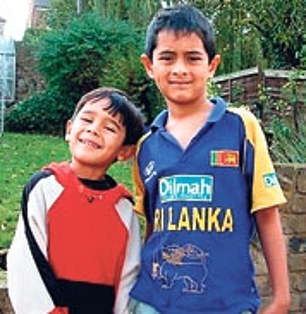 For four years after the tragedy, the academic stayed away from the family home where her sons’ belonging had been left intact exactly as it was when she departed for Sri Lanka

The book won a host of awards and was described by some critics as one of the best ever written about coping with tragedy and family loss. In addition to her heartache, it also contains extensive sections of the happy family life Dr Deraniyagala enjoyed, from her son’s obsession with cricket and wildlife to spending moments with her husband and their holidays in Sri Lanka.

It so moved Shaw, who read it in New York while starring in the Broadway production ‘The Testament of Mary’ in 2013 that she asked to meet its author and the two were introduced through mutual friends, hitting it off straight away.

Shaw has listed Wave as one of her all-time favourite books, stating: ‘Astonishing memoir of the tsunami in 2004 when Sonali lost her husband, parents and children. She held on to a branch and lived. Thereafter it’s an amazing description of their happy life in London and Sri Lanka before they died. I was blown away by it.’

Since starting a relationship, Shaw has visited Sri Lanka several times with Dr Deraniyagala, staying with her relatives in Colombo. The two have also appeared together at the high profile Galle Literary Festival, which takes place in the country each year and attracts leading writers and actors from around the world.

Born and raised in Sri Lanka, Dr Deraniyagala met Stephen at Cambridge University where both were studying economics. They married in 1990 in Colombo and lived in the city for two years before returning to north London to start a family.

Following the tsunami, she did not return to the family home for four years and it had been left intact exactly as it was when she departed for Sri Lanka with her husband and two sons for their Christmas break.

Peter Lissenburgh, Dr Deraniyagala’s former father-in-law told MailOnline that he was delighted that she had found love again. 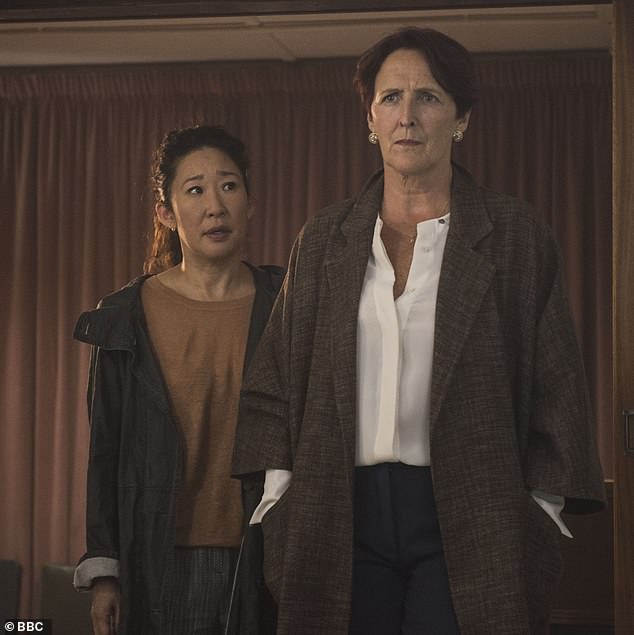 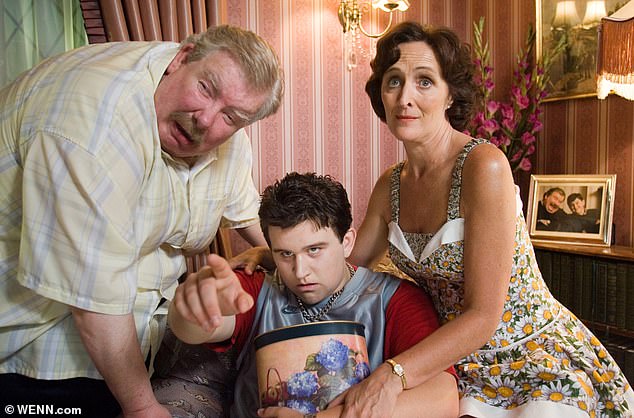 Speaking of her contentment, Shaw (pictured in Harry Potter) said: ‘I married and that calms you down. I didn’t really have a domestic life because I was always working. But I do have one now, which I love’

He said: ‘One of my daugthers told me what was happening between Sonali and a famous actress. I had never heard of Fiona Shaw. But I do watch a lot of television and have seen Killing Eve.

‘As far as I’m concerned, I’m just happy that Sonali has found a new partner and that she’s found love.

‘It didn’t shock me but it did surprise me a bit that she has found it with another woman. But she lost so much and went through such heartache, now that she’s found happiness, that’s all I care about. Clearly she wanted to build a new life where there are not as many memories of what her life used to be like.’

Mr Lissenburgh, aged 82, a retired lorry driver from Tilbury, Essex, added: ‘We would also all have been very happy if she had found another male friend, as long as she is happy, that’s all that matters because of what she went through. I’m really glad for her that she’s found someone; that she’s found love. The whole family is really happy for her.’