Flesh eating sea lice have infested Clevedon and Weston’s seafront lakes and people are being advised to avoid swimming in those areas.

Some have reported feeling ‘stings’ and ‘nips’ when in the water, with some being left with red patches on their skin.

Other swimmers have said they have found the insect-like creatures in their swimwear after getting out of the water. 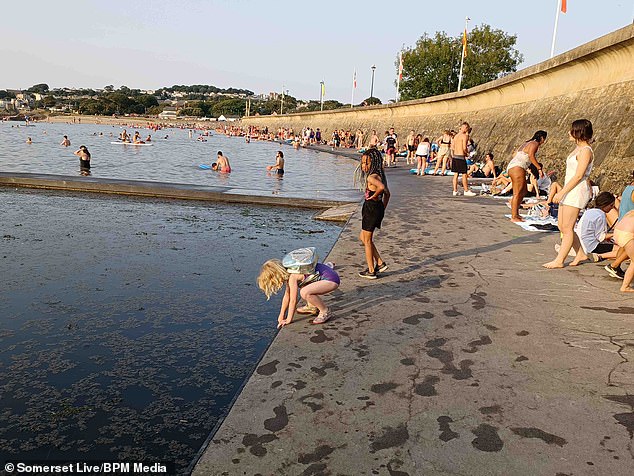 The Marine Lake Enthusiasts Society (MARLENS) which manages Clevedon’s Marine Lake said they have received a number of reports of people being bitten in recent weeks.

And they are advising people to stay out of the lake if they want to avoid being bitten until the water is refreshed by an overtopping tide.

The creatures are believed to be sea lice or jellyfish larvae. A spokesman for Clevedon Marine Lake said: ‘We’ve had a few comments and messages about bitey things in the lake.

‘These critters get in the lake when the sea comes over the wall and they do bite or sting. For most people, it’s just a little scratch sensation, but some of us more sensitive types can get a rash.

‘The bad news is that there’s nothing we can do to stop them – it’s natural water and sea life lives in it, plus the water coming over the sea wall is much needed to keep the lake water fresh.’

Lake bosses say the creatures should dissipate once the water in the lake is refreshed by an overtopping tide.

The spokesman added: ‘The good news is that they go away after the overtop stops – if you want to avoid them, wait until next weekend for your swim.

‘Also, avoid the edges and any seaweedy patches in the lake as that’s where they tend to hang out.

‘If you do have a bad reaction, speak to your pharmacist and avoid swimming until your skin clears up.’ 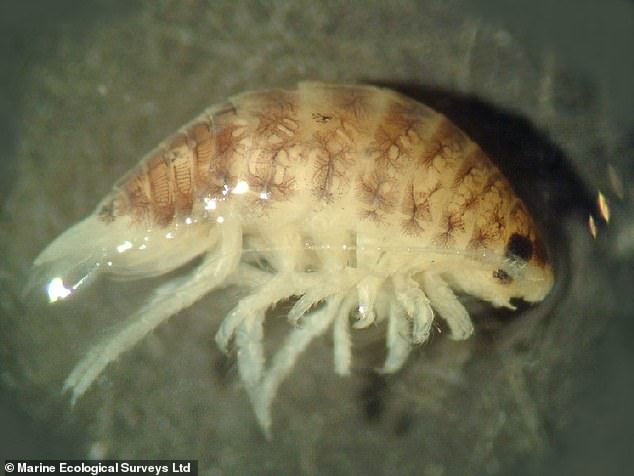 Swimmers have reported feeling ‘stings’ and ‘nips’ when in the water, with some being left with red patches on their skin – they are believed to be from sea lice (pictured) or jelly fish larvae

Sea lice are copepod crustaceans. They have been around for millions of years and have adapted to live on salmon, feeding on the fishes’ skin and blood to survive.

The lice have a short, free-swimming larval phase, when they need to find and attach to a fish host.

They cause physical damage and stress in the fish, and adversely affecting growth and performance.

Severe infestations can lead to secondary infections and mass mortalities. Sea lice are not harmful to humans, but the lesions caused by even a minor infestation can make salmon unmarketable.

The news comes just weeks after people were warned not to swim at Clevedon Marine Lake after high levels of the bacteria e:coli was found in the water.

Weston Marine Lake re-opened in June after a £300,000 revamp which saw 35,000 tonnes of sludge dredged from the lake bed.