Serene, stark and seemingly in the middle of nowhere in Pennsylvania, the National Park Service memorial to the people who died on United Airlines Flight 93 is hard to find on a map — as the Sept, 11, 2001, terrorist attack itself slips deeper into the nation’s collective memory.

And even schools that do teach about the day may only bring it up only on the anniversary, rather than as a point in a long arc of history and a turning point that left the U.S. irrevocably changed, 20 years later.

CHARITY PAYS OFF MORTGAGE FOR FAMILY OF FALLEN NYPD OFFICER

Families of Flight 93′s 40 passengers and crew members are trying something new to change that: an annual award for heroism. Nominations open Monday through the nonprofit group, Friends of Flight 93 National Memorial. 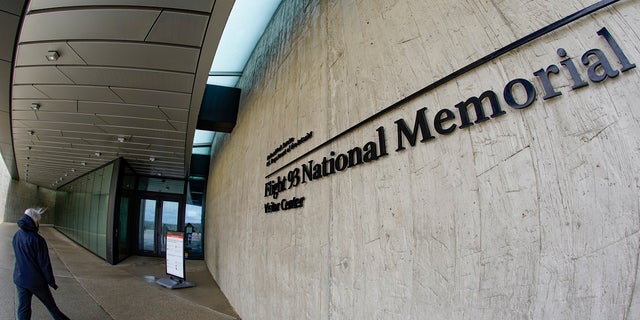 Donna Gibson, president of the Friends of Flight 93, walks towards the entrance to the visitors center of the Flight 93 National Memorial on May 8, 2021, in Shanksville, Pa. (AP Photo/Keith Srakocic)

The award aims to reward selfless acts of heroism, but also to educate the public on what happened when those aboard the hijacked plane, bound for San Francisco, discovered that jets had been flown into the World Trade Center towers in New York and the Pentagon outside Washington.

The passengers and crew of Flight 93 then tried to wrest control of the aircraft, which crashed into a field, leaving no survivors — a sacrifice then-President George W. Bush called one of the most courageous acts in U.S. history, believed to have stopped a catastrophic crash into the White House or the Capitol.

The hope is to use the award to connect teachers to the Friends’ organization’s considerable teaching materials and historical records from the day, and bring it to classrooms, said Donna Gibson, a banking executive who, as president of the Friends organization, has given countless tours of the site tucked amid the wildflowers in Pennsylvania’s Laurel Highlands.

By the time the 20th anniversary rolls around in four months, 75 million Americans will have been born in those two decades, the organization estimates.

That’s nearly a quarter of the country, and it shows.

“One of the questions I get when people visit is, ‘Was this a national park when the plane crashed here?’” Gibson said. 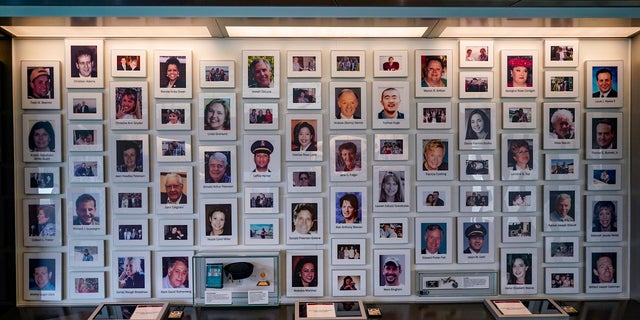 A collection of photographs of the 40 people that died in the crash of Flight 93 in the 9/11 terrorist attacks of 2001 is one the exhibits at the visitors center of the Flight 93 National Memorial. (AP Photo/Keith Srakocic)

Another time, a group visiting the area for an ATV park were at a nearby restaurant asking the staff how they could fill their the next day there, unaware the memorial was so close by, Gibson recalled.

Flight 93 inspired a major motion picture, a Neil Young song and stack of books. But the worrisome thought for family members is the story of Flight 93 — and, along with it, the wider story of 9/11 — is being forgotten, including the decades of geopolitics that came before the attack and the dramatic change it created in American life.

It’s not taught thoroughly in schools.

Jeremy Stoddard, a professor at the University of Wisconsin-Madison School of Education, has studied since 2003 how 9/11 and its aftermath are taught in middle and high schools around the country.

“There hasn’t been a lot of good data on that, it’s very anecdotal,” Stoddard said.

There was an initial burst of materials for teachers that Stoddard and his colleagues found to be inconsistent and lacking detail in how 9/11 was explained. Little of the material addressed controversies or gave students assignments to help them explore the subjects, or mat they found.

In 2017, Stoddard and two colleagues found that one-third of states — 16 — had education standards that included no mention of the attacks, or any content related to terrorism or the war on terror. That could be because those states give broad guidance to teachers that do not include specifics dates, events or people.

But even for states that do mention the subject, standards are generally a guide for teachers and not a requirement, leaving teachers with substantial autonomy on how and what to teach.

In a 2019 survey of teachers and how they teach the subject, he heard many say they were seeing an increase in students repeating conspiracy theories about Sept. 11 in class.

Even educators who teach it are sometimes uncertain where to place the material, or in which course. The subject often gets tacked onto the end of U.S. history courses that go in chronological order.

Stoddard also encourages teachers to move beyond the anniversary, and teach the roots in history — going back to the redrawing of the borders of Middle East countries after World War 1 and the Soviet war in Afghanistan in the 1980s — and its lasting effect on American life, including foreign policy and domestic security.

“These kids don’t recognize how much … all the things that occurred as a result that have impacted their lives,” Stoddard said.

The families of Flight 93 victims also worry that the Flight 93 story is overshadowed by the stories of the planes that crashed into the World Trade Center and the Pentagon.

Those memorials in New York and Washington — major urban centers, as opposed to a rural field — might pull in millions of visitors a year.

The Flight 93 memorial attracted 411,000 visitors in 2019, according to National Park Service figures. But it is also a click away online, with resources for teaching about Flight 93 and Sept. 11.

“The award is for things that were done in 2020, but how that ties back to 9/11 and Flight 93 and the resources that we have,” said Emily Schenkel, a Bethlehem, Pennsylvania, resident whose godmother was an attendant on Flight 93. “So this is keeping that awareness and making these connections for younger people who either weren’t alive or don’t have a recollection of 9/11.”