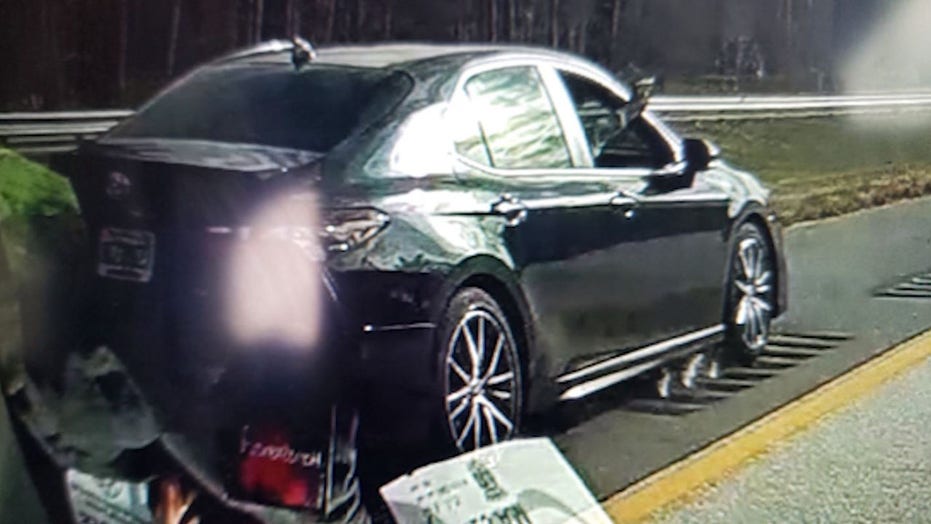 Two Florida men have been arrested after shooting at a car on Interstate 4 and leading deputies on a high-speed chase that ended in a rollover crash, authorities said.

Kobe Deron Hunter, the 23-year-old driver, and 26-year-old passenger Deon Lenail Brown shot at a vehicle carrying four people around 4:30 p.m. on Saturday before speeding away in a Toyota Camry, the Volusia County Sheriff’s Office said in a news release.

None of the four victims were injured in the shooting. They were able to pull off the interstate and meet a Lake Helen police officer, who reported a bullet hole in their windshield, the sheriff’s office said.

The victims were able to provide investigators with dashcam footage and a license plate number to help deputies track down the suspect vehicle.

After the suspects were later spotted fleeing from a deputy in Deltona, the sheriff’s office called in a helicopter to trail the vehicle. 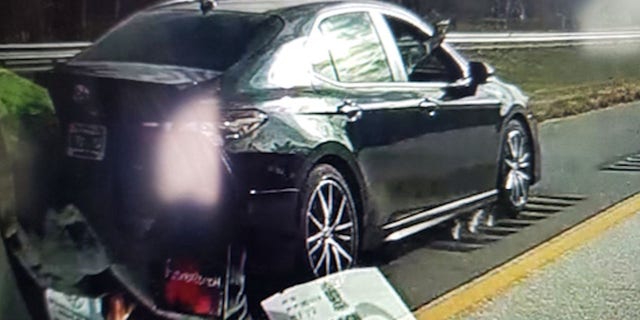 In this screengrab from the victims’ dashcam video, a suspect can be seen firing a gun out of a moving vehicle.
(Volusia County Sheriff’s Office)

The sheriff’s office released video of the high-speed chase showing Hunter and Brown’s vehicle weaving through traffic. But the driver loses control of the vehicle, spinning out and rolling over on the side of the roadway.

The two suspects can be seen bailing out of the wrecked car and attempting to run into a wooded area.

Investigators said the suspect vehicle spun out and rolled over during a high-speed chase in Deltona on Saturday.
(Volusia County Sheriff’s Office)

Deputies took Hunter into custody without incident moments later. Brown remained in the thick brush and was captured by a K-9 unit shortly after.

“The scumbags who want to engage in idiotic gunplay on our roads can be sure they’ll receive the full attention of law enforcement and the justice system,” Sheriff Mike Chitwood said. “Fortunately, no one was killed today, but the morons sitting in jail tonight did just about everything they could to tempt fate and cause a tragedy.”

Hunter was charged as an accessory with discharging a firearm from a vehicle, shooting or projecting a deadly missile into an occupied vehicle, and aggravated assault, among others.

Brown also faces a slew of charges, including possession of a firearm by a convicted felon, discharging a firearm from a vehicle, shooting or projecting a deadly missile into an occupied vehicle, and aggravated assault, among others.