The Florida gunman accused of killing four random people – including a mother and a 3-month-old baby – is a “coward” for surrendering to police while unarmed in order to be arrested, Polk County Sheriff Grady Judd said Sunday.

“It would have been nice if he would have come out with a gun,” Judd told a news conference, according to Reuters. “We would have shot him up a lot. But he didn’t because he was a coward. When someone chooses to give up, we take them into custody peacefully.”

Bryan Riley, 33, a former Marine sharpshooter, is accused of killing 40-year-old Justice Gleason, a 33-year-old woman, and a 3-month-old infant boy. A 62-year-old woman, who was believed to be the grandmother of the infant, was also found dead in the apartment next door. The family’s dog, Diogi, was also shot and killed. The killings were random, police said. 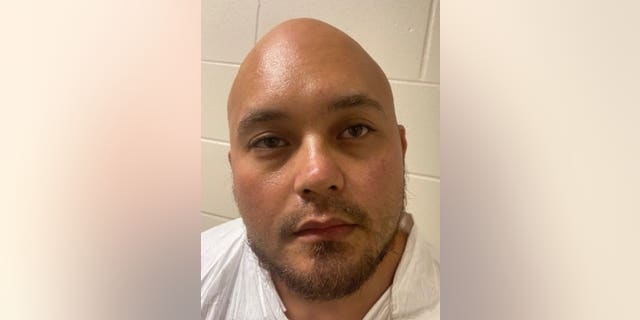 Authorities said Riley wore body armor and engaged in a gunfight with police and deputies before surrendering with his arms up.

Judd said Riley even attempted to strip a gun from a police officer while the suspect was on a hospital gurney. When he was interrogated, he allegedly told authorities that they “begged for their lives” and he “killed them anyway.”

On Saturday evening, he was reportedly spotted in Lakeland, Fla., and aroused suspicion. He returned to the block early Sunday and put down glowsticks leading to the home, authorities said. Judd said the intention was to draw officers “into an ambush.”

Gunshots were heard by a nearby officer and there was a massive police response, the Associated Press reported. When officers arrived, authorities said Riley was outside and dressed in camouflage. They said he ran back inside the home and the officers heard more gunfire and a “woman scream and a baby whimper.”

Officers tried to enter the front of the house, but it was barricaded. When they circled to the back, they encountered Riley, who appeared to have put on full body armor, including head and knee coverings and a bulletproof vest.

Authorities exchanged heavy gunfire, with dozens “if not hundreds of rounds” fired, before Riley retreated back into the home, according to the sheriff.

Officers heard cries for help inside the home but were unsure whether there were additional shooters and feared the home was booby-trapped. A brave sergeant rushed in and grabbed the 11-year-old girl, who had been shot at least seven times.

She told deputies there were three dead people inside, Judd said, adding that she was rushed into surgery and was expected to survive.

Authorities declined to say how many times the victims had been shot or where they were in the home, but said they were all hiding and huddling in fear.

Authorities said Riley’s girlfriend of four years, whom he lived with, had been cooperative and was shocked, saying he was never violent but suffered from PTSD and had become increasingly erratic.

She said he’d spent the previous week on what he called a mission from God, stockpiling supplies that he said were for Hurricane Ida victims, including $1,000 worth of cigars. Riley allegedly told police that he had been taking methamphetamine.

“It was an evil, evil, evil act by a very well-trained military person who knew better and still did it,” Judd told Fox News.

“What makes it so gut-wrenching is that these innocent people died and they were randomly picked out. This wasn’t a fight that went bad, this wasn’t a disturbance that escalated,” he said. “When you see a 3-month-old, little, beautiful baby boy deceased in the arms of his mother, where she’s trying to protect him, and she’s murdered, he’s murdered, and his daddy’s murdered — that’s pretty rough.”