New laws that allow camping on riverside farmland present a biosecurity hazard and should be immediately suspended, the Victorian farming lobby has warned, as concerns grow that the foot and mouth livestock disease may reach Australia.

Local authorities are on high alert for signs of the disease, which was recently detected in Bali, causing fears that travellers may bring it back to Australia and expose the agriculture sector to billions of dollars in losses. 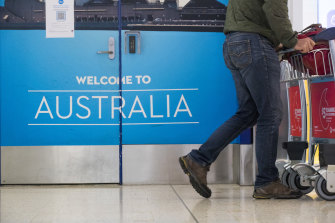 Travellers returning from Bali are being asked to declare any contact with farm animals after an outbreak of foot and mouth disease, which people can carry on their shoes or clothes.Credit:Bloomberg

People can transmit the highly infectious disease to farms through their clothes, shoes and even noses for up to 24 hours.

The Victorian Farmers Federation believes farms are now at heightened risk of exposure due to laws introduced late last year by the Andrews government that allow camping on riverside Crown land used for grazing cattle.

The federation’s president, Emma Germano, has written to the state government calling for the suspension of the camping scheme, arguing the disease may already be in Victoria and “uncontrolled public access” to farms presented the most serious risk to biosecurity.

“Unfettered access to primary production land must cease under the current biosecurity climate,” she said.

The federation has been among the most vehement opponents of the expanded camping laws, which were an election promise to recreational fishing groups.

More than 50 sites along Victorian rivers have been opened up for camping and have a maximum limit of 14 night stays.

Germano said farmers must have the ability to control the movement of people on properties they use to run livestock.

She said farmers carefully guarded their biosecurity because it was fundamental to producing safe food.

A single positive case of foot and mouth disease could have widespread ramifications for Australia’s agriculture industry, and its presence in local livestock could shut down trade for months or years.

The disease causes fever, lameness and lesions in livestock but is not harmful to humans. Cattle, sheep and pigs are all susceptible to foot and mouth disease. But feral animals, including deer, goats, pigs and camels can also spread it.

A spokesman for the government confirmed it had no plans to suspend the new camping arrangements. 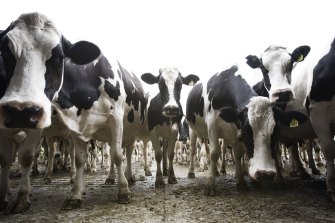 “Victoria continually prepares for biosecurity threats such as those posed by foot and mouth disease,” he said.

VR Fish chairman Rob Loats said farmers should fence off their farmland rather than call for bans on camping.

“That way, livestock there won’t interact with the public,” he said.

He said people had been able to access waterfronts in the past and rejected suggestions the new laws encouraged more people to access farmland.

“I don’t think the threat of spreading foot and mouth is going to come from someone camping on Crown land,” Kramer said.

However, Northern Victoria sheep farmer Belinda Steers backed the federation’s push to suspend the camping laws, although her property does not include riverside land.

She said a foot and mouth outbreak on one farm would result in many other farmers having to euthanise their livestock to mitigate the risk of spreading it.

“It would just be awful,” she said. 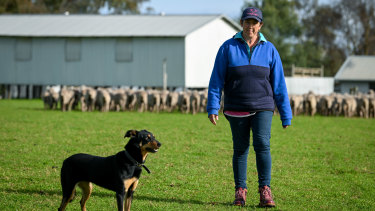 Cattle Council of Australia chief executive John McGoverne said all movement of livestock and animal products would probably have to stop immediately if foot and mouth disease was detected in Australia.

“Red meat products would disappear faster than during the COVID-19 lockdowns,” he said.

A 2001 outbreak of foot and mouth disease in the UK resulted in 6 million cows, pigs and sheep being euthanised.

Victorian Nationals leader Peter Walsh said the opposition would help facilitate changes to the camping laws in the state parliament if required.