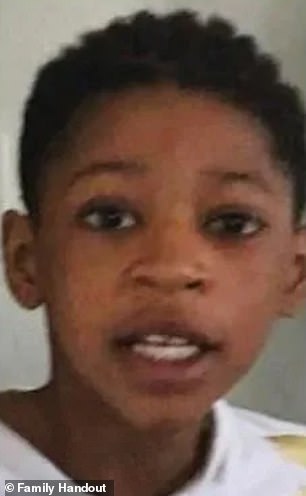 A.G., a seventh grader from Chicago, is fighting to regain the ability to walk after being shot in the back by a Chicago police officer

Newly released surveillance footage shows the moment a 13-year old black teenager in Chicago was shot in the back by police when his hands were raised, prompting the family to file a lawsuit.

The teen, identified as A.G. by his family, is seen running into a gas station parking lot while pursued by police officers at about 10.30pm on May 18.

As he turns to face them, he raises his hands above his head before being shot by an officer, the video obtained by the Daily Beast shows.

The incident is currently under investigation by the FBI, the Cook County State’s Attorney’s office and the Civilian Office of Police Accountability.

The officers then carried him by his legs and clothing to a different location.

Then, another police car shows up and crashes near the scene, causing officers to divert their attention rather than treat the injured boy.

The incident began when A.G. fled from police after they tried to stop a vehicle he was a passenger in. Police allege the car, a silver Honda Accord, was involved in a carjacking the day prior to the shooting.

The boy has not been charged with any crime, and no weapon was recovered at the scene.

Surveillance footage shows the moment A.G. was shot in the back by a Chicago police officer, severely injuring his spine and esophagus 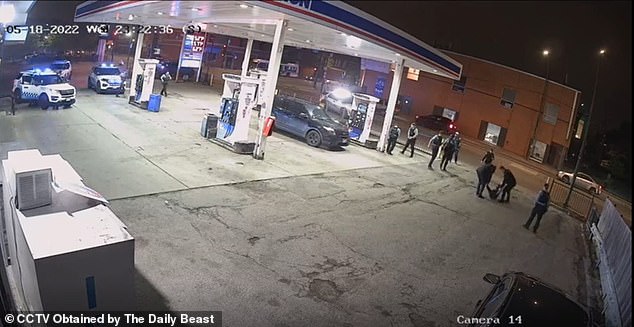 After the shooting, officers are shown dragging A.G. to a different location

A.G. tried to comply with officers’ instructions before he was shot, according to a lawsuit filed against the unnamed officer who fired the gun and the City of Chicago.

While he survived the shooting, the boy has been left ‘permanently and catastrophically injured.’

Andrew M. Stroth, the lawyer representing the family, told DailyMail.com that this is an ‘especially egregious case.’

‘My question for the mayor of Chicago is how many more black and brown kids need to be shot injured or killed before the city will enact a meaningful foot pursuit policy,’ said Stroth.

Stroth, who specializes in police shootings, says he and the boy’s mother are hoping to pursue this case in an effort to stop it happening to any other children. 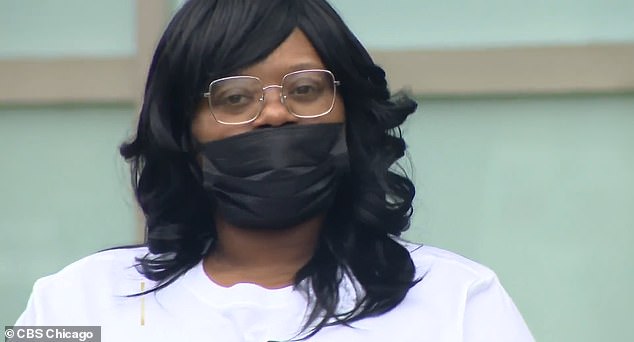 A.G.’s mother, Cierra Corbitt (pictured in May), said ‘they had no reason to shoot my child’

The shooting caused a major spinal injury to A.G. and he currently does not have use of his legs. In addition, he suffered a wound to his esophagus and still has a piece of a bullet stuck in his back.

A.G.’s mother, Cierra Corbitt, said ‘they had no reason to shoot my child.’

‘He complied with them and all they had to do was grab him,’ she said.

According to the original complaint filed by the family: ‘CPD officers did not render immediate aide to A.G., but instead callously dragged him across the pavement and then turned their attention to an uninjured officer who crashed into a sign at the gas station while arriving on scene.’

‘Rather than render aid to a 13-year old boy who was shot, they dragged his body without any care or consideration, possibly further aggravating his already severe spinal cord injuries,’ said Stroth added to DailyMail.com. 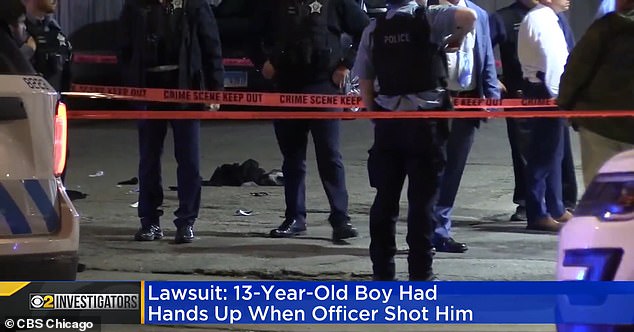 A picture of the shooting scene next to a gas station in the 800 block of North Cicero Avenue. 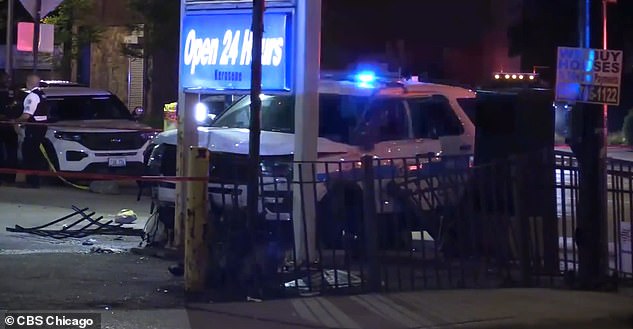 An officer crashed into a sign while arriving on the scene after A.G. had been shot.

The teen is now at Shirley Ryan Ability Lab in Chicago trying to recover the use of his legs.

After the shooting, Chicago Police Superintendent David Brown would not confirm if A.G. had his hands in the air before being shot. He said an officer discharged his weapon and shot the boy once.

Since 2017,  the Chicago Police Department has had 7,409 Use of Force Events, 92 percent of which were against minorities.

139 of those events were Lethal Force Incidents, and 72 percent of those were against African American males, according to the City of Chicago Office of Inspector General.