Former NSW premier and Howard government minister John Fahey has died at the age of 75.

Mr Fahey, who migrated from New Zealand as a child, was elected as Camden MP in 1984, and moved to federal politics as Macarthur MP in 1996. He served as finance minister in John Howard's government before his retirement in 2001. 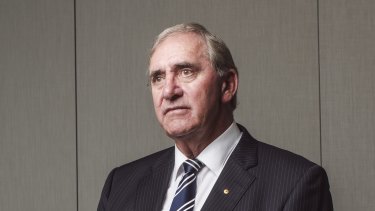 "Personally, I am grateful for John’s support and encouragement. He has always been a wonderful role model to generations of Liberals.

"My thoughts are with John’s wife Colleen, his children and grandchildren. I have spoken to Colleen to pass on my condolences and offer a State Memorial Service."

Fahey played a key role in the bidding process for the Sydney 2000 Olympic Games. 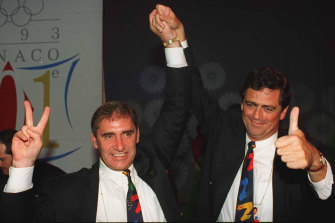 John Fahey and the Sydney Olympics bid’s chief executive Rod McGeogh celebrate in Monaco as Sydney is announced as the winner in 1993Credit:Palani Mohan