REVEALED: Taiwanese ping pong champion made American Orthodox Jewish star CRY at the nationals by calling her a ‘piece of s***’ and ‘ugly’

A former Olympic table tennis star caused a racket at the nationals competition earlier this month, when she berated her daughter’s Orthodox Jewish doubles partner.

Fei Ming Tong, who came in ninth at the 2000 Olympic Games representing Taiwan, is said to have called Estee Ackerman, a 20-year-old ping pong prodigy, ‘ugly’ and a ‘piece of s***’ at the US National Table Tennis Championships.

She also reportedly dropped F-bombs and said Ackerman’s conservative style of dress was ‘unprofessional’ and ‘disgusting,’ Ackerman’s father told the New York Post, before pulling her daughter, Lucy Chen, out of the competition and leaving Ackerman without a partner.

The altercation left Ackerman in tears, she said.

‘This was discrimination,’ Glenn Ackerman said, noting that both Tong and her daughter, as well as the Ackermans, live on Long Island — and Tong once even trained his daughter knowing she was Jewish.

It remains unclear what led up to the confrontation, and the Ackermans insist her outfit did not hinder her performance at nationals and she even went on to earn silver in the hardbat competition, which is played with an old-school paddle.

USA Table Tennis is now investigating the incident, CEO Virginia Sung told the Post, but could not comment on the matter. 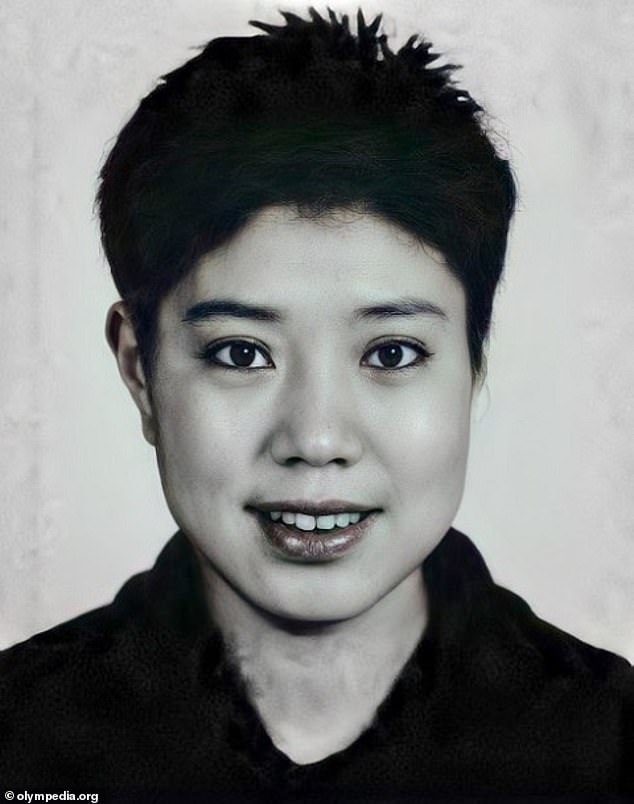 Fei Ming Tong, a former ping pong star from Taiwan, is said to have berated her daughter’s Orthodox Jewish doubles partner at the US National Table Tennis Championships earlier this month

Estee Ackerman, a 20-year-old ping pong prodigy, wears shirts with shooting sleeves covering her elbows along with skirts and leggings whenever she competes, in accordance with her religion

Ackerman, now a senior at New York City’s Stern College for Women, has been playing table tennis since she was just 8 years old at the insistence of her father, who taught both his children to play hoping it would help develop their hand-eye coordination, according to the Long Island Herald.

By the time she was 11, she beat tennis star Rafael Nadal at the game, and in 2016, she tried out for the Summer Olympics in Rio de Janeiro.

She has gone on to win several gold medals at the US National Table Tennis Championships, but she was forced to miss out on the 2020 Olympic trials because some of the tournament would require her to play during the Jewish Sabbath, which runs from sundown on Fridays to sundown on Saturdays.

In all of her competitions, her father said, Ackerman wears shirts with shooting sleeves covering her elbows along with skirts and leggings.

She was wearing one of those outfits at the nationals competition earlier this month, her father said, when the only dress requirement was that participants do not wear white because it would clash with the ball.

‘It’s not like my dress was an impediment at all to my competition level,’ Ackerman told the Post. ‘That’s definitely not the case.’

In fact, after Tong pulled her daughter out of the competition, Ackerman was able to compete in other events — and she saw her overall rating improve during the competition.

Tong, meanwhile, told the New York Post that she was not aware of any problems between herself and Ackerman.

She said Ackerman was one of her ‘best and favorite’ students, and wished ‘her all the best for her great future.’