Four killers are jailed for a total of 113 years for conspiring to murder man, 20, who was gunned down in drive-by shooting on busy street

Four men have been jailed for a total of at least 113 years for their role in a shocking fatal drive-by shooting in a busy street.

Dante Mullings, 20, died after he was hit with a hail of bullets as he sat in a parked car on St Vincent Street West, Ladywood, Birmingham at 5pm on May 7, 2019.

Chilling CCTV captured the moment a gunman leant out of a VW Passat window and fired at least eight shots at the vehicle.

Mr Mullings was shot three times including in the lower back but he managed to run away and hurdle roadside barriers before collapsing on the ground. 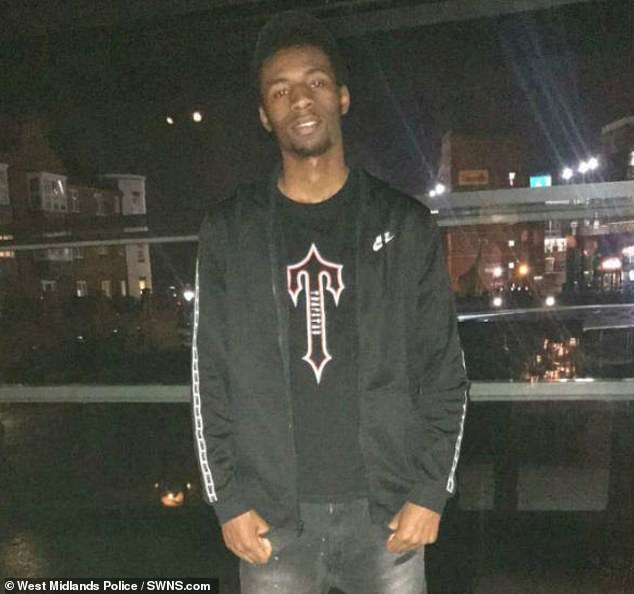 Four men have been sentenced to a total of 113 years in jail for conspiring to murder Dante Mullings. The 20-year-old was shot three times by a passing gunman as he sat in a parked car in Birmingham in May 2019

All four men were found guilty of the charges at Birmingham Crown Court on February 4 and were all given life terms on Friday.

The court heard how after the revenge attack, The Passat, which was stolen and displaying cloned number plates, was found on fire in Nechells, later that night.

Bernard and Bernard-Sewell – both prominent Birmingham gang members – orchestrated the murder plot in revenge for a serious stabbing less than 24 hours earlier that left a friend critically ill in hospital. 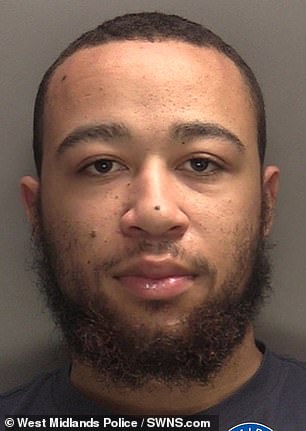 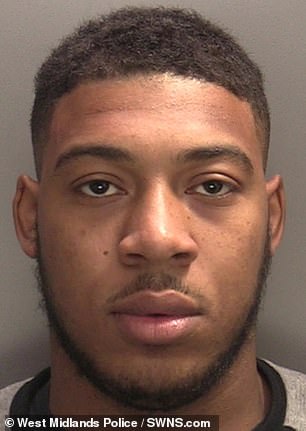 Ihsaan Bernard, 21, and Dior Jackson, 20, denied conspiring to murder and possessing a gun with intent to endanger life, but were found guilty and sentenced to 29 years in jail each at Birmingham Crown Court 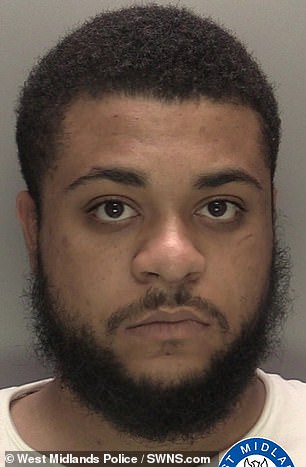 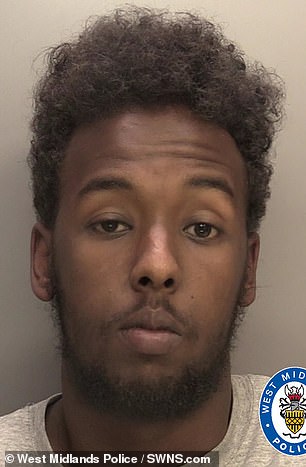 Omarni Bernard-Sewell, 21, and Ayuub Mahmood, 19, were also found guilty of the same charges and sentenced to 29 years and 26 years respectively

Detectives trawled CCTV to track the Passat at various points throughout the day including the area of Hockley, Birmingham, immediately after the murder.

Footage shows Jackson walk from the direction of the Passat into a block of flats wearing a grey hoody and re-emerge minutes later having changed tops. 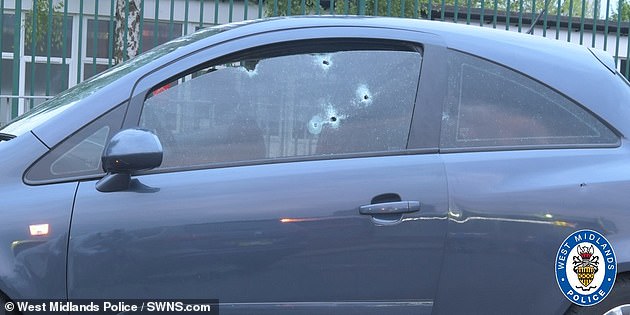 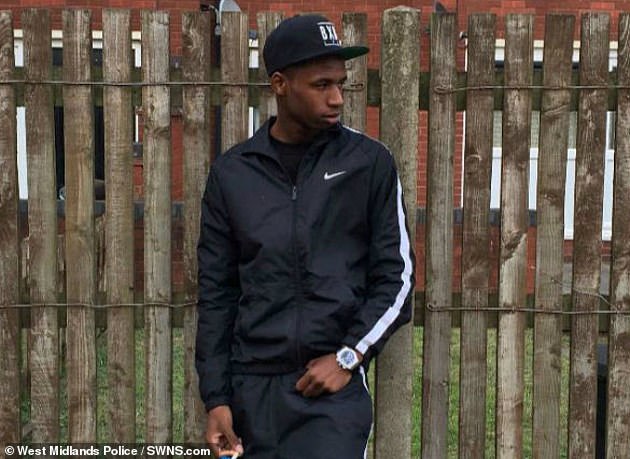 Bernard-Sewell, was arrested from his home in Selly Oak, Birmingham on July 16.

Police bodycam captured the moment Bernard, of Kingstanding, Birmingham, was arrested at Birmingham Airport as he arrived from Amsterdam.

Jackson, of Great Barr, Birmingham, surrendered the following day and Mahmood, from Lozells, Birmingham, was arrested during a dawn raid on August 7.

How long will each spend behind bars?*

A 16-year-old boy was also charged with conspiracy to murder and is set to stand trial on May 17.

Two other men Mohammed Qadir, 20, and 26-year-old Wasim Hussain were both cleared by a jury of involvement in the murder plot.

The murder weapon – a 9mm self-loading pistol was found in a bag hidden in bushes in Leicester on November 4,2019.

It was examined by ballistics experts and shown to have fired the rounds that killed Mr Mullings – and was also linked to four other firearms discharges in Birmingham.

Detective Inspector Hannah Whitehouse, of West Midlands Police, said: ‘The shooting was prompted by a stabbing the previous day.

‘The defendants were all friends or associates of the victim and made a pact to exact revenge.

‘However, neither Dante Mullings nor the other two men in the car were involved in the knife attack.

‘We don’t think they were specifically targeted but that the defendants drove around Ladywood searching for anyone associated to the group.

‘Unfortunately for Dante, they came across him and his friends first.

‘We know Dior Jackson was in the VW Passat at the time alongside another man.

‘We weren’t able to prove who pulled the trigger – but we were able to show this group plotted together to carry out the shooting. And therefore they were jointly liable.’