A top Chinese official has applied to join Interpol’s governing body, sparking alarm that Beijing could use the international crime-fighting organisation to pursue its critics abroad, including members of the Uighur community and Hong Kong democracy activists.

Hu Binchen, a deputy general in China’s Ministry of Public Security which oversees policing, is among a list of candidates standing for election to Interpol’s executive committee.

He will be seeking the votes of delegates at Interpol’s general assembly in Istanbul in just over a week. The meeting will be held behind closed doors. 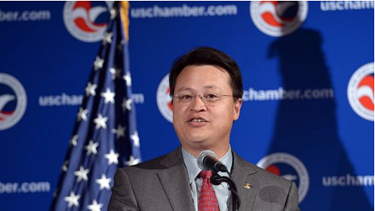 Hu Binchen is among the candidates vying for two vacant seats.Credit:Chinese Embassy in the United States

Binchen is among three candidates jostling for two vacant seats held by representatives from Asian countries. The other candidates are from Singapore and India.

If successful, he would be one of 13 members supervising the work of Interpol’s general secretary and the general secretariat, setting Interpol’s overall organisational policy and direction and shaping the nature of each annual general assembly.

Interpol holds 19 databases containing millions of pieces of information including biometrics records and details of stolen property such as passports, vehicles and weapons.

It operates the international Red Notice system whereby countries list the names of individuals who have fled countries before being arrested. While this is intended to prevent criminals from escaping justice by fleeing abroad, it can also be misused to pursue political critics.

Human rights campaigner Bill Browder, who has pushed governments to introduce laws that impose sanctions on officials for corruption and rights abuses following the death of his lawyer, Sergei Magnitsky, in Russia, has been detained by foreign governments on multiple occasions because the Kremlin issued a Red Notice for his arrest and deportation to Russia.

“More and more, Interpol has been used by dictators to chase dissidents,” Browder told The Sydney Morning Herald and The Age. 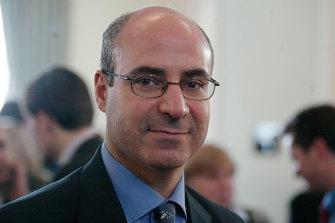 Bill Browder is critical of Interpol, saying it has been used by authoritarian governments.Credit:Bloomberg News

“Having a Chinese official at Interpol would be like putting the fox in charge of the hen house.

“If this slow creep toward authoritarianism continues, Interpol may eventually become obsolete like when the Nazis took over in 1938,” he said.

Fifty MPs from the Inter-Parliamentary Alliance on China, which was established in the wake of China’s trade sanctions on Australia, have written to their home affairs ministers, including Australia’s Karen Andrews, expressing alarm, saying Hu could use the position to target China’s perceived enemies.

They pointed to the pursuit of Uighur activist Idris Hasan, who was detained in Morocco in July at China’s request, and Uighur leader Dolkun Isa, who had a Red Notice issued against her for decades until Interpol removed it, a move which angered China.

“The government of the People’s Republic of China (PRC) has repeatedly abused the Interpol Red Notice to persecute dissidents in exile,” the MPs said in the letter, obtained exclusively by this masthead.

“By electing Hu Binchen to the Executive Committee, the General Assembly would be giving a green light to the PRC government to continue their misuse of Interpol and would place the tens of thousands of Hong Konger, Uighur, Tibetan, Taiwanese and Chinese dissidents living abroad at even graver risk.

“We call on you to oppose the candidacy of Hu Binchen and to support efforts to reform the Interpol Red Notice system to protect victims of political persecution worldwide.

“That Beijing could be extending its influence over the world’s policing body should be raising alarm bells in embassies across the world. Our governments must press delegates to oppose Hu Binchen’s election,” the MPs said.

Home Affairs Minister Karen Andrews has been contacted for comment.