PARIS (Reuters) – Thousands of “yellow vest” demonstrators marched through Paris and other cities on Saturday on the 11th weekend of action against the government, suggesting President Emmanuel Macron has yet to defuse public opposition to some of his policies.

The protests were mostly peaceful but there were sporadic clashes at the end of the Paris march at Bastille square, and incidents elsewhere around France, with a combined 22,000 people attending as of the early afternoon, the interior ministry said.

The protests – named after the fluorescent jackets French motorists are required to carry in their cars – began in mid-November over plans to raise fuel taxes before developing into a broader revolt against the government that mobilized tens of thousands each weekend.

Turnout so far was lower than last Saturday, particularly in Paris. However, in a change of approach, some protesters have also called for an evening gathering, dubbed “Yellow Night”, at Republic square, a common venue for demonstrations in Paris.

In one of several processions in the capital, a few hundred demonstrators walked down the Champs-Elysees, the famous avenue that has been the scene of protests every weekend, and across town to Bastille square.

As in previous weeks, protesters carried French flags and held signs attacking “King Macron” as out of touch or calling for referendums tabled by ordinary citizens.

But as on the last two Saturdays in the capital, the incidents were minor compared with the violence seen in December – the worst trouble of its kind in decades in Paris.

Elsewhere in France, protesters marched through the eastern city of Strasbourg to the European Parliament.

In the southwest, marches took place in Bordeaux and Toulouse, which have been focal points of the movement, while there were some confrontations during protests in Marseille and Lyon. 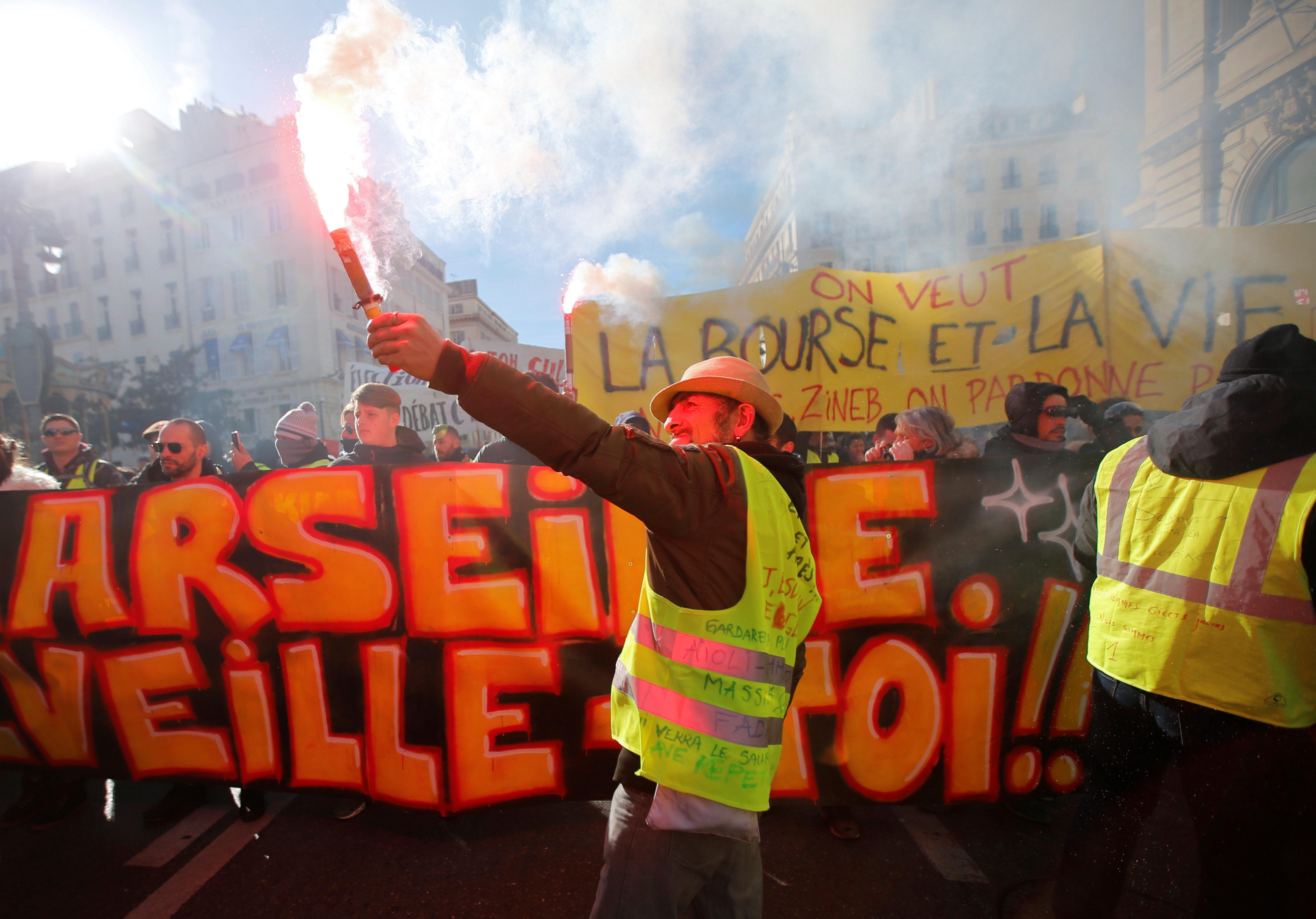 To help quell discontent, Macron this month launched a series of public debates that he promised will lead to measures.

In a sign of divisions within the movement, some “yellow vests” have proposed a list of candidates to run in May’s election for the European Parliament, a move attacked as a betrayal by other activists.

Those opposed to the movement, meanwhile, are planning a counter-demonstration in Paris on Sunday, mainly to condemn the violence seen during the protests.