A VIRAL video of Jimmy John's employees performing a mock lynching with a noose made from bread dough has sparked mass outrage online.

The video, which one of the worked filmed and originally shared to Snapchat, has since been shared on Twitter and prompted calls to boycott the sandwich joint. 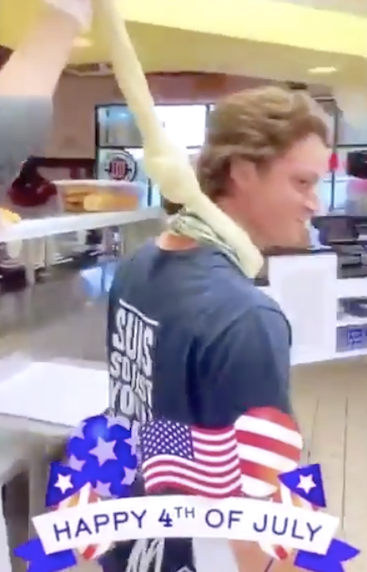 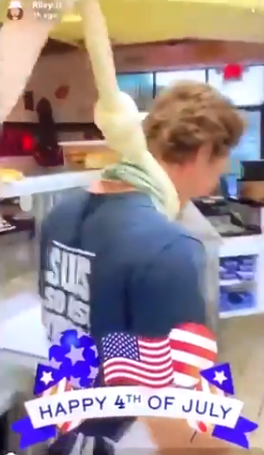 Two white employees can be seen fashioning a makeshift noose out of bread dough while working over Fourth of July weekend. One wraps the dough around the other's neck and yanks it upward.

A third employee can be seen laughing and recording to stunt on his phone.

A Twitter user who goes by the handle @urwildlol shared the video on Sunday, adding the caption: "i am disgusted. this is in a jimmy johns. they made a noose with dough.. please retweet and share to get them fired."

When the video started to make the rounds online, people were outraged. 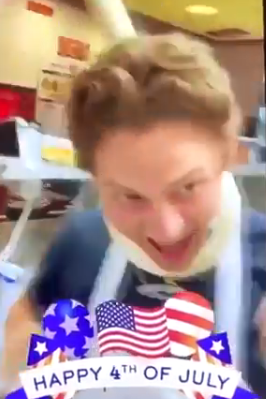 "Disgusting behavior. These racist employees at jimmy johns made a noose with dough I'm waiting to see if they got fired!!!!!!" commented one user who goes by the handle @4TheCulture_.

"This is how y'all rocking @jimmyjohns? Black men make sure to NEVER spend a dollar with this (Racist & unsanitary) establishment ever again," wrote another using the handle @OfficialFBMA.

The fake lynching apparently occurred in a restaurant in Woodstock, Georgia, and Jimmy John's released a statement saying all employees involved with the video have since been sacked.

"The actions seen in the video are absolutely unacceptable and do not represent the Jimmy John's brand or the local franchise ownership team," the statement said.

"As soon as we were alerted to the video, we notified our franchisee, who quickly investigated and terminated all employees involved. The franchisee is also meeting with their team to conduct training to help prevent anything like this from ever happening again."

The names of the employees were not released, but the employees who were involved in the video and even the franchise's manager were all fired, according to TMZ.

The video comes at a time when the national spotlight has been directed towards systematic racism in the US.

The call for racial equality and widespread reform comes after the killing of George Floyd and other Black Americans at the hands of police, which led to mass protests and calls for justice across the country.