Protesters outside the Laundrie house on Sunday afternoon chant, ‘Justice for Gabby.’

The first fundraiser for the new Gabby Petito Foundation saw a line out the door when it kicked off Sunday afternoon in her Long Island hometown.

An estimated 200 people stopped in to pay their respects in the first hour of a planned six-hour event at 89 North, a rock venue in Patchogue, New York, which is ten minutes from where Gabby grew up in Blue Point, according to staff members and the volunteer doorman.

Petito’s story has touched the hearts of people across the country – with many referring to the travel-blogging 22-year-old as “America’s daughter.” The fundraiser for a charity in her honor aimed at aiding the families of other missing persons drew supporters ranging from local business owners to civil servants and other citizens Sunday. 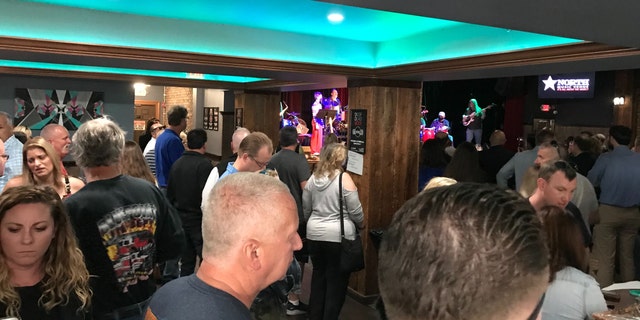 The Blue Point Fire Department, where her stepfather is currently the active ex-chief, was out in force, helping with everything from food to security and handling the door.

He described Petito is “one of our family members” and said the department would help out in any way it could.

Robin McComb, who owns Frogzz Saloon in nearby Ronkonkoma, attended the fundraiser with two of her employees – one of whom has a son who attended high school with Petito. 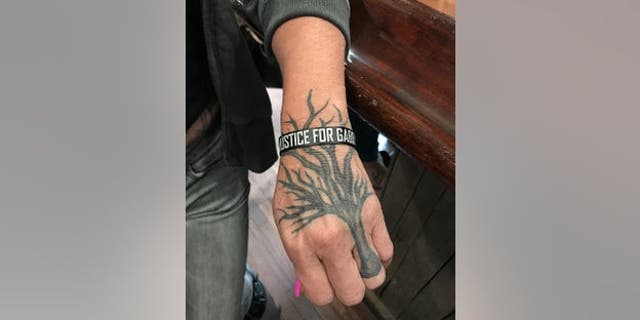 In addition to the $20 donation for entry, she dropped the same sum for a metal bracelet inscribed with “Justice for Gabby.”

Richard Stafford, the attorney for Petito’s parents and stepparents and a longtime family friend, praised the strong showing at the start of the event.

Her parents, who set up the foundation to assist other families going through what they experienced in early September, were not immediately visible at the event.

It was scheduled for 1 to 7 p.m., with four local bands booked to provide live music throughout.

More information on the Gabby Petito Foundation can be found at its website.

Petito set off on a cross-country road trip with her fiancé Brian Laundrie at the start of summer, stopping off at national parks along the way and sharing updates on social media. But her family lost contact with her in late August and reported her missing on Sept. 11.

Her remains were found eight days later near a Wyoming campsite where she and Laundrie had been staying. In October, Teton County Coroner Dr. Brent Blue announced that the autopsy found she died of manual strangulation.

Laundrie had returned home to his parents’ Florida address on Sept. 1, according to authorities. He has been named a person of interest in Petito’s slaying and is wanted on a federal bank fraud warrant after allegedly using her debit card to withdraw over $1,000.

His whereabouts have been unknown since at least Sept. 13.