‘Be offended’: GOP Rep. Matt Gaetz tells female reporter that women protesting repeal of Roe need not worry about abortion access because they’re too ‘ugly and overweight’ to get pregnant

Matt Gaetz laughed off anger at his claim that all abortion rights protesters are too unattractive and overweight to get pregnant, telling those upset by his comments: ‘Be offended.’

The Florida congressman on Saturday joked about the demonstrations against the Supreme Court’s repeal of Roe v. Wade, mocking those who wanted to protect access to abortion nationwide.

‘Why is it that the women with the least likelihood of getting pregnant are the ones most worried about having abortions?’ Gaetz told college students at the Turning Point USA Student Action Summit in Tampa.

‘Nobody wants to impregnate you if you look like a thumb.’

On Monday, he was asked to explain his comments. 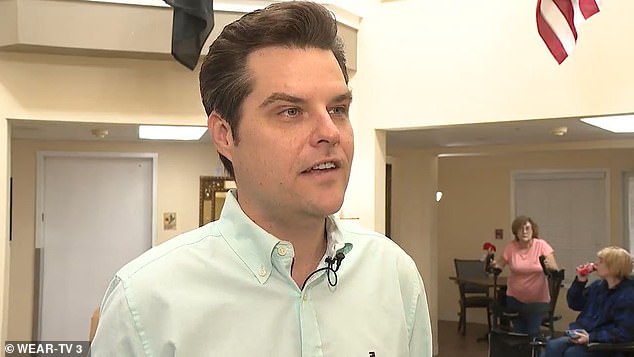 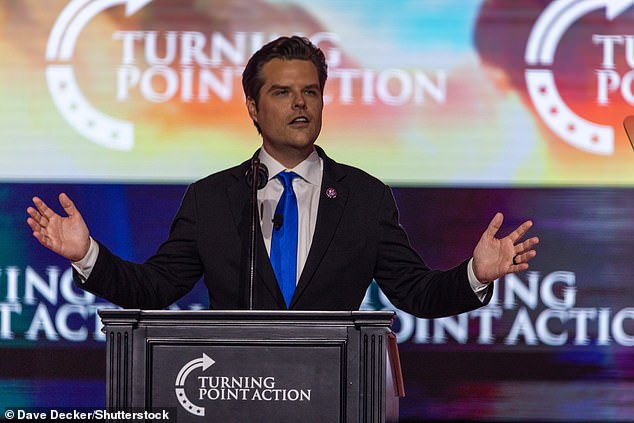 The 40-year-old on Saturday told the Turning Point summit (pictured): ‘Why is it that the women with the least likelihood of getting pregnant are the ones most worried about having abortions? Nobody wants to impregnate you if you look like a thumb’

‘I’m grateful that Roe has been overturned and that Dobbs is now the jurisprudence on abortion. I find these people that go out in these pro-abortion, pro-murder rallies odious – and just, like, ugly on the inside and out. I make no apology for it.’

He said he didn’t think everyone who disagreed with him was ‘an ugly person’, but condemned those who protested outside the homes of the Supreme Court justices and called for a ‘night of rage’ in Washington DC.

Gaetz was asked by Channel 3: ‘Is it safe to say that, based off your comments, you’re suggesting that these women at these abortion rallies are ugly and overweight?’

Asked: ‘What do you say to people who think those comments are offensive?’ the congressman replied: ‘Be offended.’

Gaetz, who is currently under federal investigation for the sex trafficking of a minor, on Saturday heaped scorn on women demanding abortion access.

Gaetz has denied the sex-trafficking allegations, and no charges have been filed against him. The New York Times first reported the existence of the federal investigation into Gaetz in March 2021.

‘These people are odious on the inside and out,’ Gaetz said at the summit. ‘They’re like 5’2″, 350 pounds and they’re like, “Give me my abortions or I’ll get up and march and protest.” And I’m thinking, “March?” You look like you got ankles weaker than the legal reasoning behind Roe v. Wade. 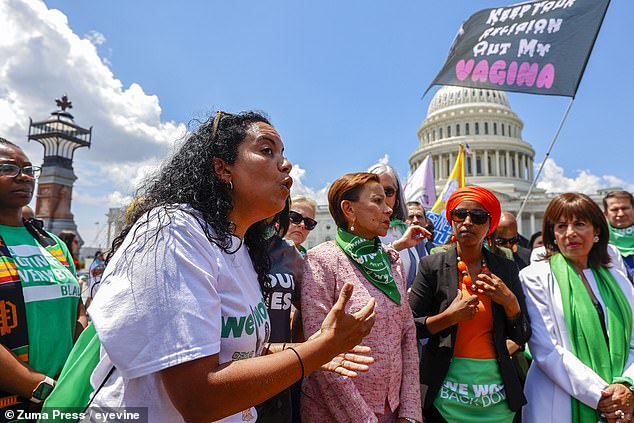 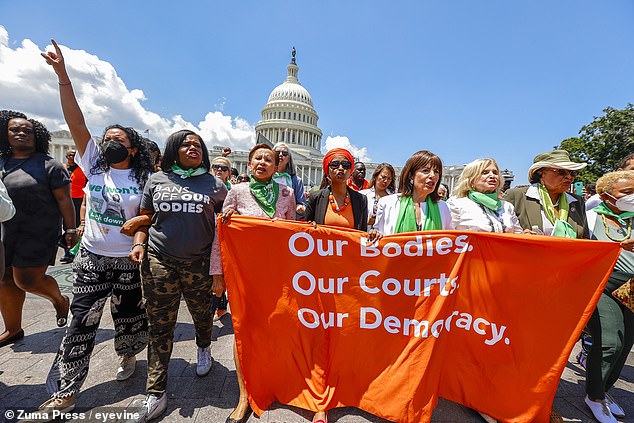 Activists and politicians protest in Washington DC on July 19 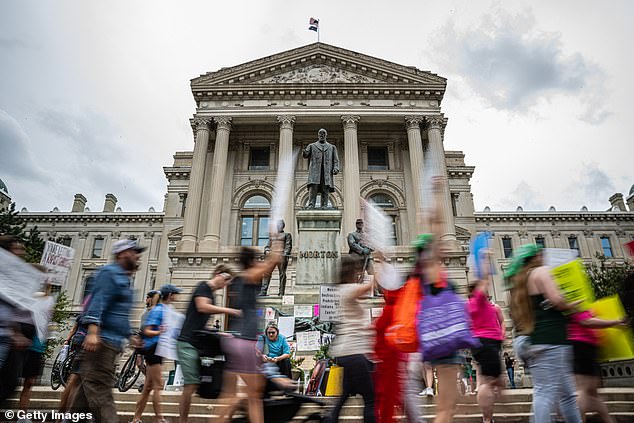 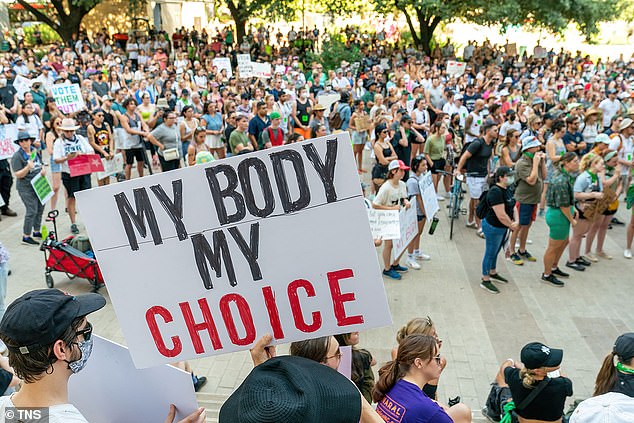 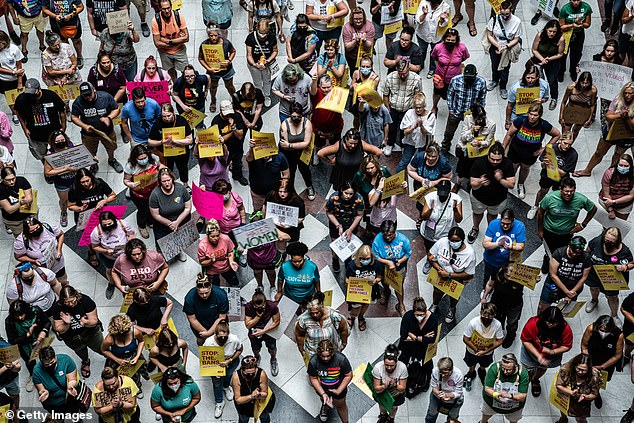 It’s not the first time he has ridiculed those campaigning to uphold Roe v. Wade.

In May, when the draft Supreme Court decision leaked, Gaetz made his disdain for their activism clear.

‘How many of the women rallying against overturning Roe are over-educated, under-loved millennials who sadly return from their protests to a lonely microwave dinner with their cats, and no bumble matches?’ Gaetz tweeted.