Struggling retailer Gap (GPS) is in crisis mode ahead of the crucial selling periods of back to school and the holidays, with the stock down nearly 2% in after-hours trading after it revealed the departure of its CEO.

Gap surprised a few on the Street Monday after the market close by announcing CEO Sonia Syngal would be stepping down as CEO after a “brief” transition period. In her place, executive chairman Bob Martin will assume the role as interim CEO.

Syngal was seen as a potential savior for Gap when she took over as CEO in March 2020 from interim CEO Robert Fisher, who in turn, had stepped in for ousted chief executive Art Peck.

The former CEO of Old Navy, Syngal was credited with reviving that important division, and moved quickly in her early days as Gap’s leader to inject a fashion sense back into the company. That included signing design king and rap star Kanye West to a pricey, long-term clothing design deal.

Unfortunately for Syngal, her time at Gap will be remembered for more promise than delivery — a byproduct in part of Gap letting customers down on size and style for decades. West’s collection never made the splash it was expected to, nor did it drive meaningful sales. 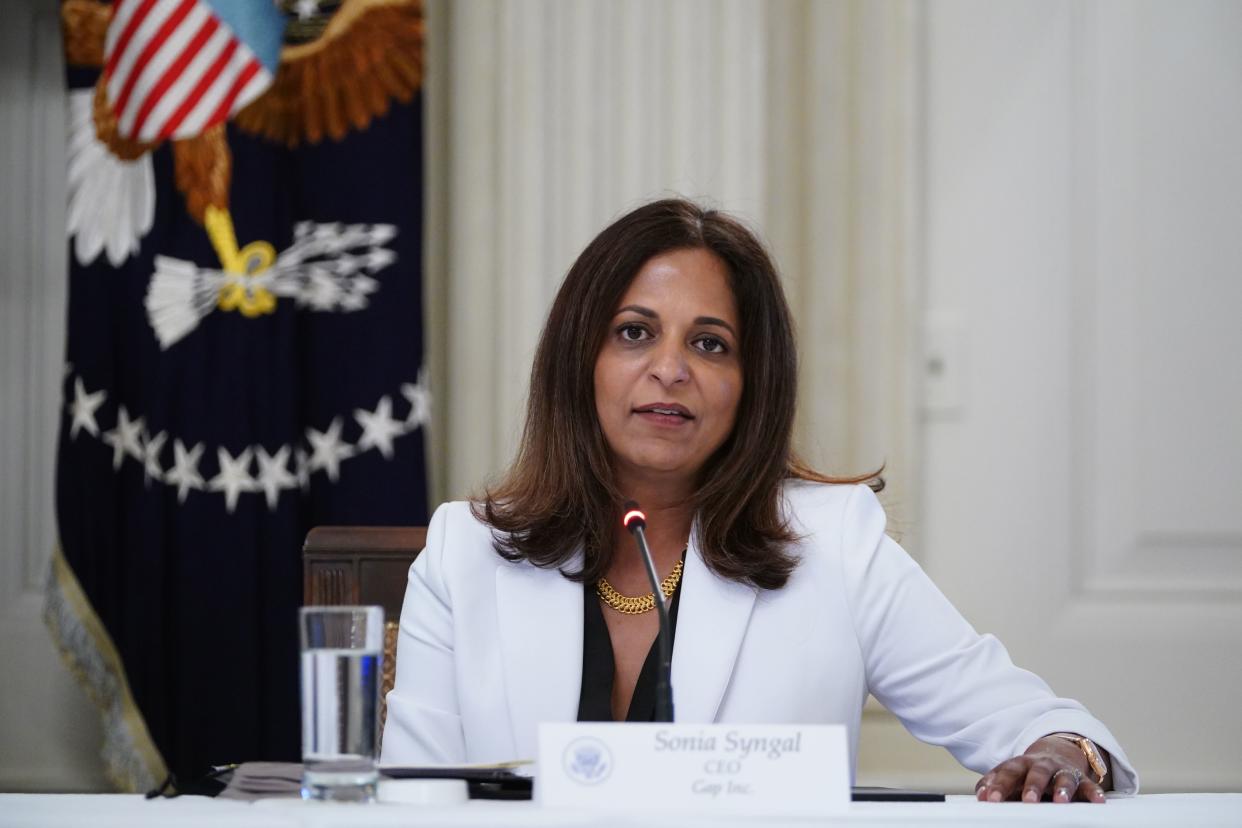 The onset of the COVID-19 pandemic and its assorted challenges did nothing to help Syngal’s turnaround cause, concluding in a disastrous first quarter.

Gap said in late May first quarter sales at Old Navy and Gap plunged 19% and 11%, respectively, from the same quarter last year.

Gap warned again on profits back in May, too.

On Tuesday, Gap declined to update its full-year profit outlook. But similar to other retailers, it warned of a challenging end to the second quarter. Gap said it expects sales to decline in the high-single digit percentage range. Operating margins are pegged to be “zero” to slightly negative.

No permanent CEO at the Gap yet. Likely inventory bulge exiting the lackluster second quarter of sales. A stock price trading at less than $9 a share on Monday. Hardly a fashionable scenario for anyone interviewing to take over before year end.

Brian Sozzi is an editor-at-large and anchor at Yahoo Finance. Follow Sozzi on Twitter @BrianSozzi and on LinkedIn.

Click here for the latest stock market news and in-depth analysis, including events that move stocks

Download the Yahoo Finance app for Apple or Android