The superstar couple stepped out in New York City on Tuesday night to celebrate a special milestone in their marriage: their eighth wedding anniversary.

Photographers snapped pictures of the two walking hand-in-hand as they headed out for date night.

Amal, 44, rocked in a zebra-print pleated skirt which she paired with a matching clutch, black turtleneck and sky-high Balmain stiletto cut-out booties.

George, 61, complemented his wife with an head-to-toe all-black look, including a black suit and black button-down.

The Clooneys — who are parents to 5-year-old twins Alexander and Ella — married on Sept. 27, 2014 in a star-studded affair in Venice, Italy.

RELATED: George Clooney Thought He’d Never Get Married or Have Kids Before Amal: ‘Then Everything Changed’ 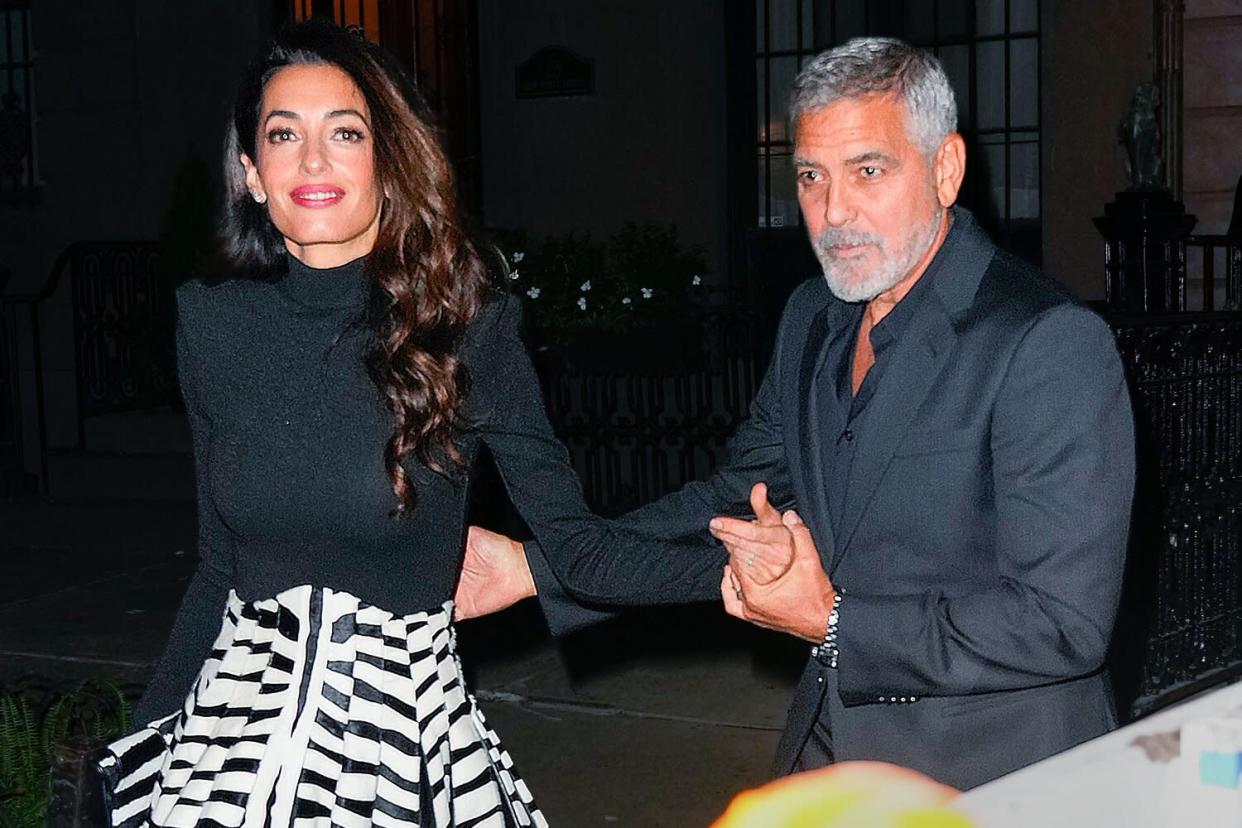 RELATED: George Clooney and Amal Alamuddin: Inside Their Love Story

Their wedding was one of the buzziest events of the year, with around 100 guests including famous pals like Matt Damon and Bono attending three days of parties followed by a romantic civil ceremony. 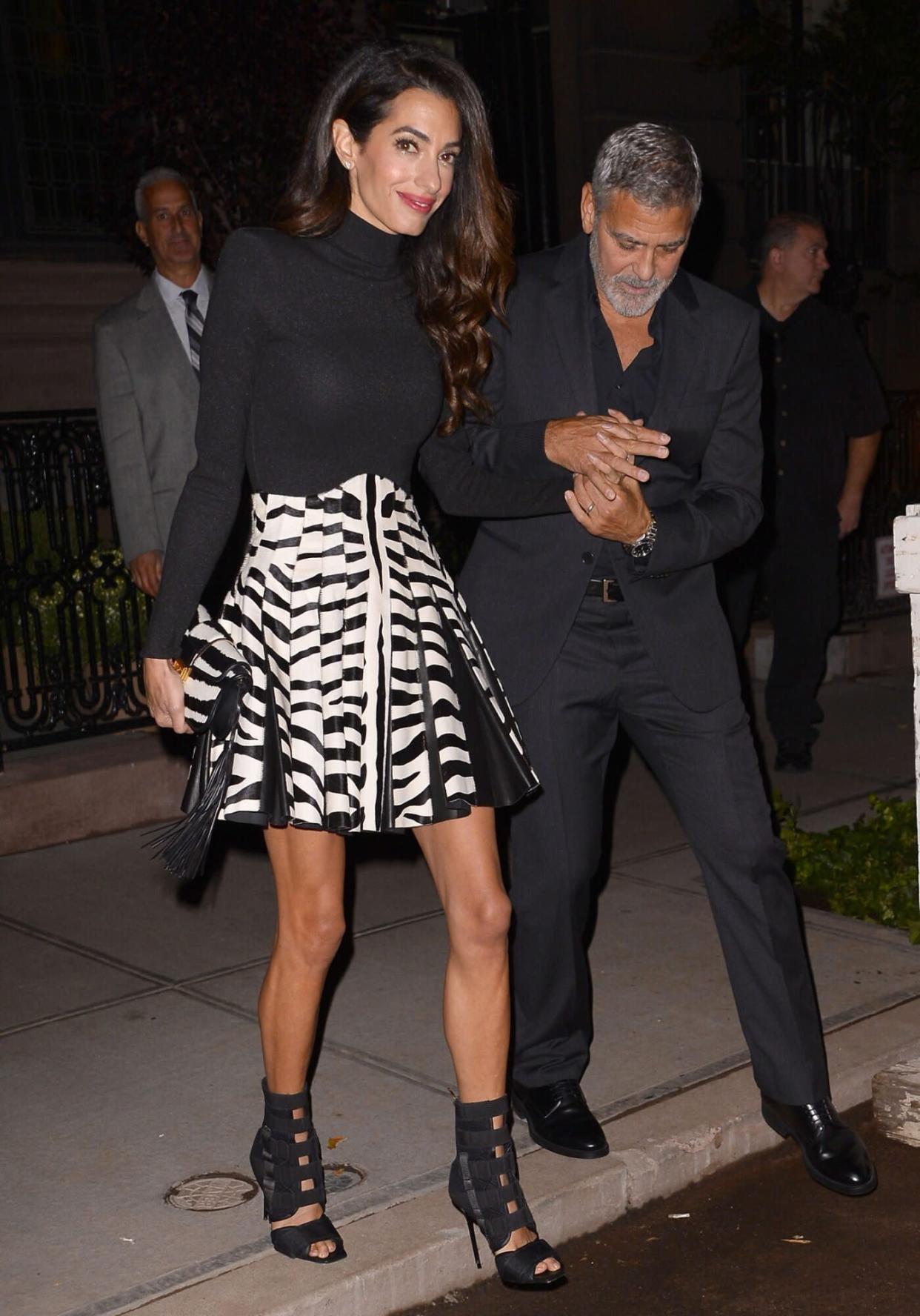 “George and Amal radiated love all night,” Amal’s mother, Baria, told PEOPLE at the time. “The wedding was so unbelievably special, it was legendary. These three days — the friends, the families, the atmosphere, everything — will stay with me all the rest of my life.”

Venice, which the Oscar winner called “the most romantic city in the world,” was a natural choice for their wedding locale. “We met in Italy,” said Clooney, who has long owned an estate on Lake Como. “We have a home there. We knew that was where we wanted to get married.” 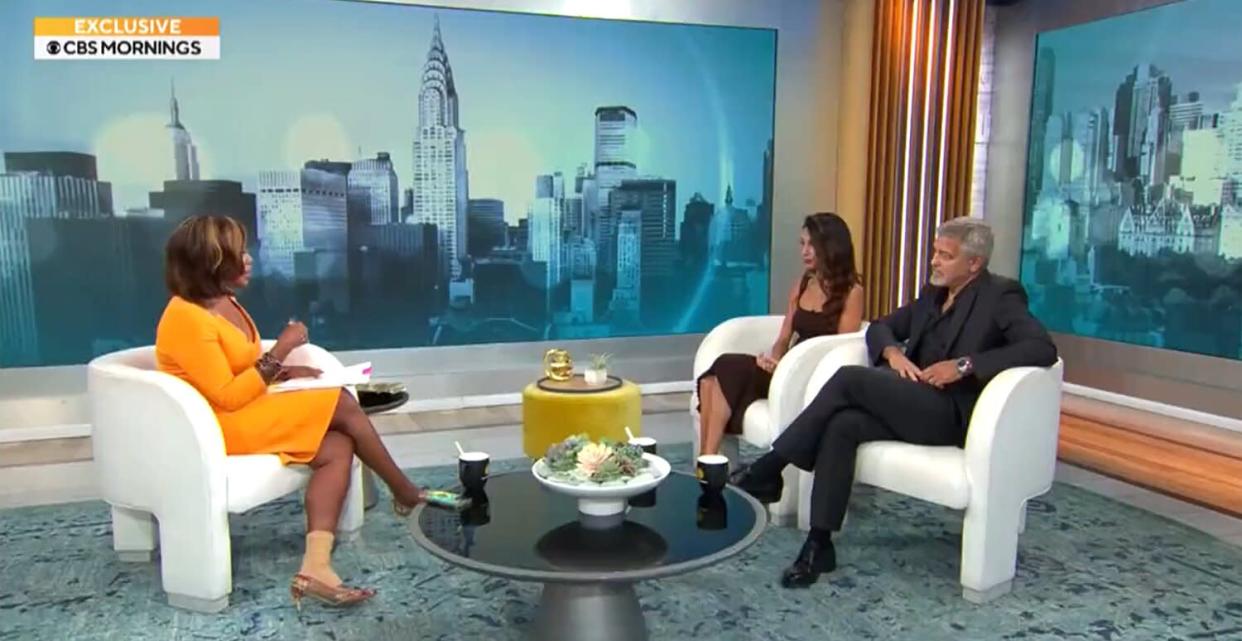 RELATED: Amal Clooney Calls Husband George the ‘Great Love in My Life’: ‘I Feel So Lucky’

Since then, the couple haven’t been shy about expressing their affection for one another, Amal calling George the “greatest love of my life.”

They’ve also lent their voice to charitable causes. Prior to their night out on Tuesday, the Clooneys sat down wit Gayle King on CBS Mornings to discuss their war-time advocacy efforts through the Clooney Foundation for Justice.

“I think we’re just responding to what we see in the world, and try to use anger as a motivating force, rather than something that makes you want to bury your head in the sand,” Amal, a lawyer specializing in international law and human rights, told King in the interview.

She continued, “I also think, you know, that my mom is a journalist and she was always asking tough questions and not sort of intimidated by people who are in power, but, you know, impressed if someone’s actually doing something good, and I think that has stayed with me.”

It’s said that Amal Clooney (@ClooneyFDN) “won’t back down,” but where does that fight come from?

“My mom is a journalist and she was always asking tough questions,” she tells @GayleKing in an exclusive interview, Wednesday on #CBSMornings. pic.twitter.com/4Np3Shddj0

George spoke out on the morning news program about how the couple is actively investigating war crimes in Ukraine.

According to their foundation’s website, they are “monitoring sham trials targeting women and journalists, and fighting back against a global trend of authoritarianism that seeks to punish those who speak truth to power.”

Actor George Clooney (@ClooneyFDN) wants to make sure that people in ongoing human rights abuse cases are not forgotten — despite the ever-changing news cycle.

“You can see this happen in Ukraine right now,” he tells @GayleKing in an exclusive interview, Wednesday. pic.twitter.com/waZ4xOCzq7

He went on to say that he wants to make sure those in ongoing human rights cases are not forgotten amid the speedy news cycle.

“Now here’s the truth: In Ukraine at some point, this war will end,” George said. “And then there are gonna have to be people held accountable for that. Part of what we’re doing is gathering the evidence so that when that moment comes, because what happens?

He continued, “We are gathering that evidence now, so that 15 years from now, you can say ‘now we’re gonna hold you responsible.’ “