GERMAN airports are testing thousands of passengers for coronavirus to prevent them having to quarantine after returning from their holiday.

The news comes as the UK government continues to hold out against testing new arrivals, arguing that the measure detects relatively few cases and isn't a "silver bullet solution". 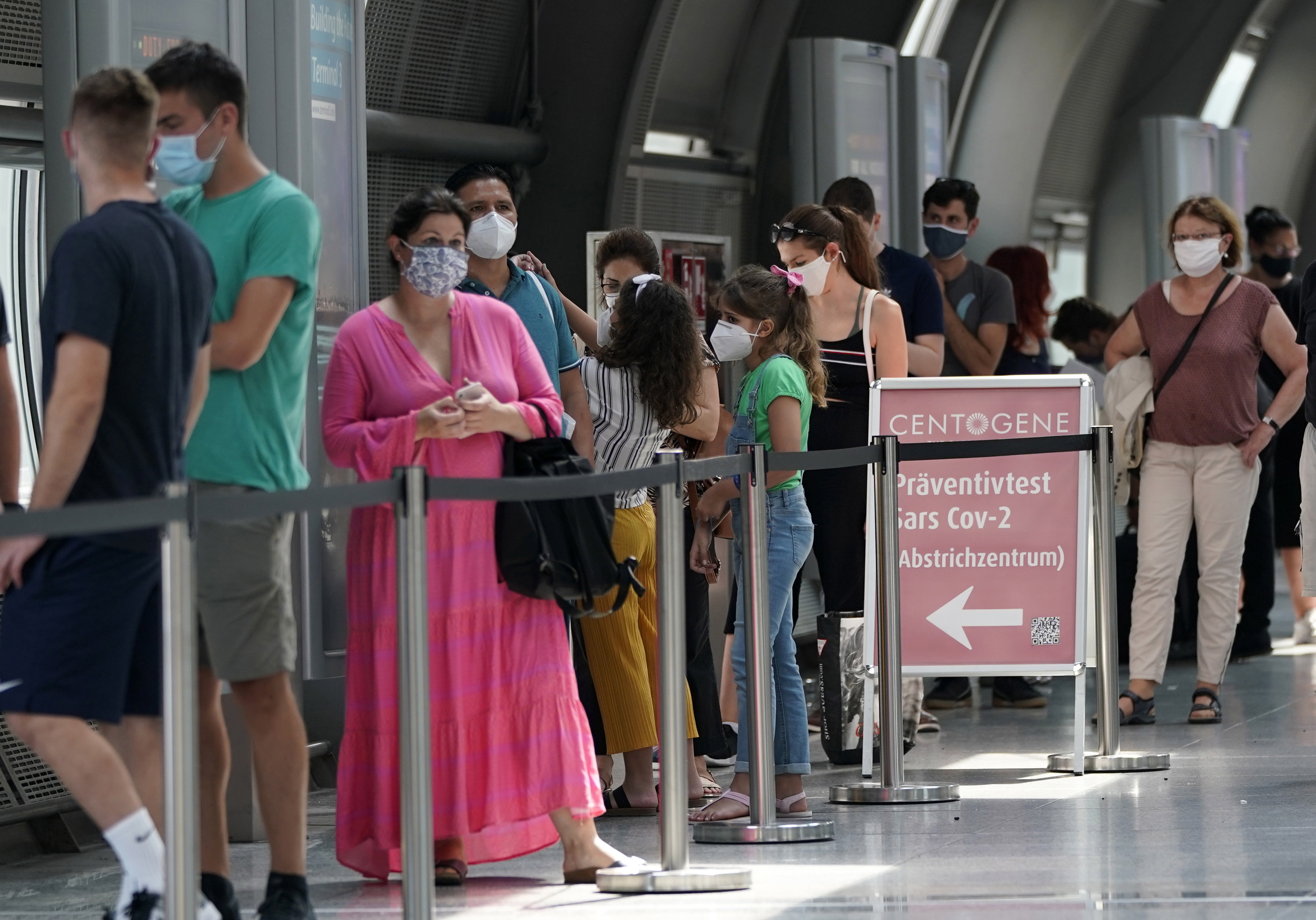 Germany has won praise for its successful handling of the pandemic, a result achieved in part through widespread testing.

High-risk areas currently include the whole of Spain and certain regions of France.

The daily infection rates in both countries is currently around four times that in Germany.

Testing centres for returnees have been set up at major airports in Germany including Frankfurt, Munich, and Hamburg.

At Frankfurt alone, more than 120,000 tests have reportedly been conducted so far.

Once they have been tested, all passengers are required to go home and isolate until their results become available, which usually takes 24 hours to three days.

If the test comes back positive, they are required to complete a 14-day period of self-isolation.

If it is negative, most states are allowing people to carry on as normal, whereas some require a second negative tests with a few days.

Passengers from certain approved countries, of which Britain is one, can also present a negative test at the airport, as long as it was carried out in the last 48 hours.

Speaking to the Mail, Peter Bauer of testing company Centogene, said the approach would help to prevent a second lockdown.

"As many tests as possible are the best way to uncover chains of infection as soon as possible," he said.

The British government has so far resisted calls for set up its own programme of testing at UK airports.

Airports heads, including those of Heathrow and the Manchester Airports Group (MAG), the UK's biggest airports group, have issued calls for the government to begin testing new arrivals.

Speaking to the Guardian, MAG CEO Charlie Cornish said the UK was currently "stood still" while other countries take action.

“Ongoing uncertainty and confusion surrounding the restrictions British people will face when they travel abroad is like a millstone around the neck of one of our most important industries and is placing hundreds of thousands of jobs at risk," he said.

Schemes have been suggested that would see new arrivals undergo saliva swab tests before going home or to a hotel to begin isolation.

Results would then be available within 24 hours and, like the German system, anyone testing positive would be required to quarantine for two weeks.

But speaking yesterday, Health Secretary Matt Hancock cast doubt on the effectiveness of the system and suggested it would not be introduced.

"There's a really good reason we don't do that," he said.

"That is that the virus incubates in you and therefore if you test on day one on return, the scientists reckon you find only about seven per cent of the total cases.

"You still have to quarantine. It doesn't clinically work."

"In fact, the countries around the world that have introduced these tests on arrival are now moving away from it and doing the testing much later."