A 12-year-old girl had her hand amputated after a "freak accident" on a trampoline.

Vienna Hayers, from Bedford, suffered a life-changing injury to her arm which meant blood could not flow to her hand after performing a flip on June 10. 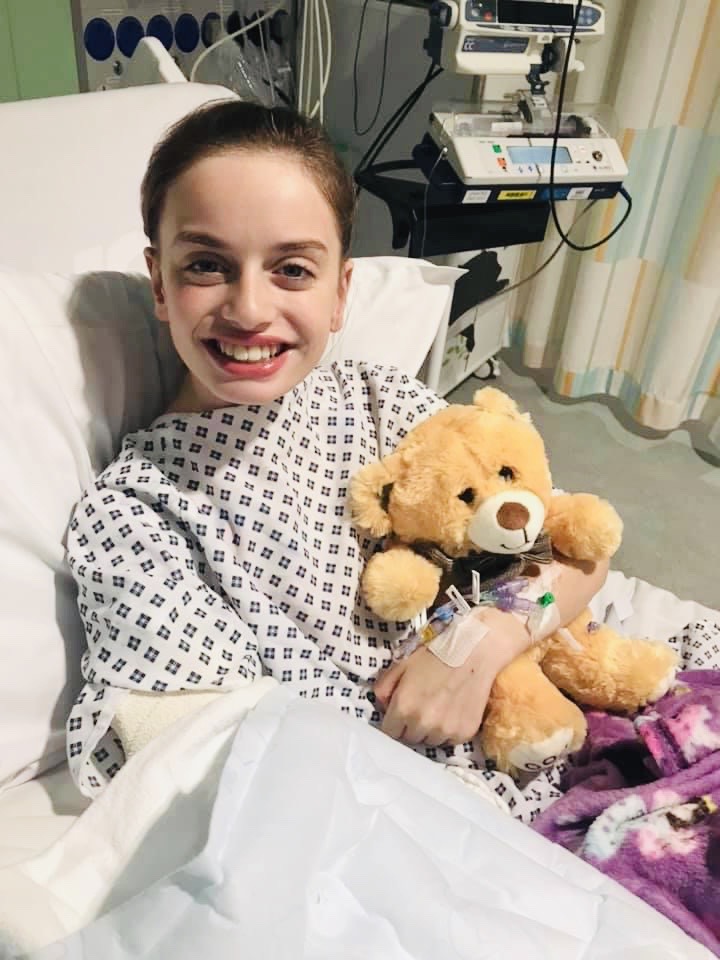 The dance enthusiast underwent several operations to try to save her hand before the amputation.

Brave Vienna said she was "getting stronger every day".

"I will be back to dance before you know it," she said from Great Ormond Street Hospital in London.

"I'm hoping to get back to competing by working hard. My bravery and determination will get me far."

Vienna was performing a flip on the trampoline in her garden when she landed heavily on the arm, breaking her elbow.

Surgeons eventually had to remove the limb because blood could no longer reach her right hand. 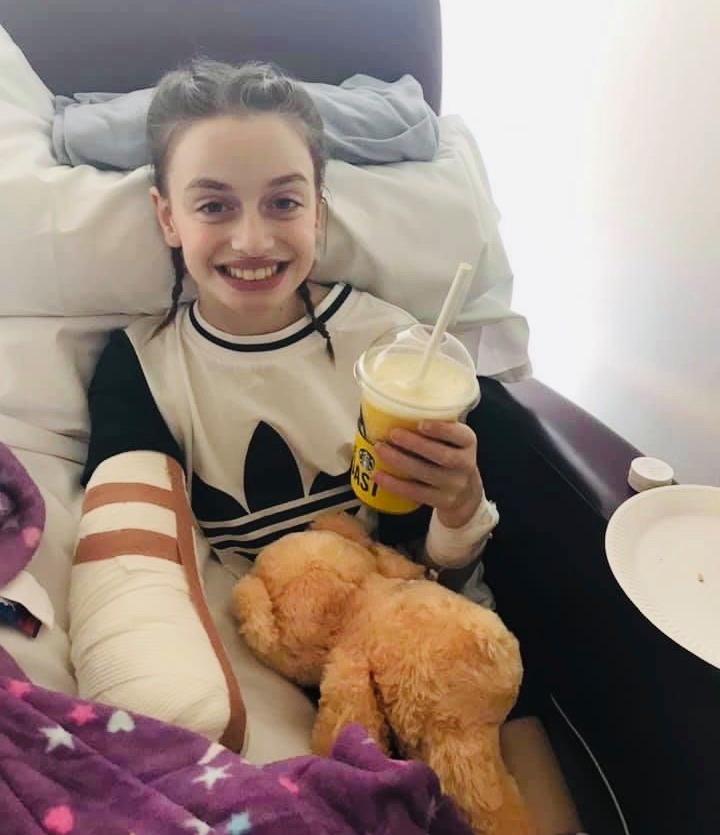 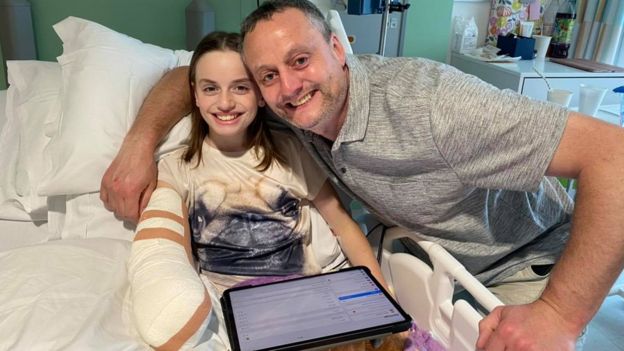 Her electrician dad Gary told the Sun Online: "It was just an accident. It was just unfortunate. She's a very, very active child, very sporty, loves her dancing, it's just a freak accident.

"It was an horrendous moment in time. But you've got to get on with it.

"They reckon it will take a two year cycle to come to terms with it."

Gary, who has only been allowed to visit Vienna once because of coronavirus, added: "She gave me a speech before she went down for her operation on Facetime and I know she's my daughter but I think if anyone had managed to record that speech I think she would have won an award for it.

"She was reassuring me and asking me not to cry and just being immensely brave. The photograph that's been shared online of her sitting up with a big smile on her face was taken just before she had her operation done.

"I don't know if I would have been smiling like that.

"She's desperate to come home, which will start the mental recovery. I've already started adapting her living environment to make her smile when she comes home."

Gary, who has has a son Finley, 14, said his sporty daughter used to do 11 dance classes a week, including ballet, modern and musical theatre.

He explained: "We're hoping that dance family is our route back to salvation. She currently works with baby ballet, and she goes in on Saturday morning to work with the new dancers.

"Hopefully she will be able to inspire others who are struggling with their own bits." 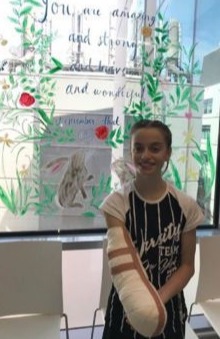 Michelle Hayers, Vienna's mum, said the last few weeks had been a "rollercoaster."

She said: "Just one freak accident changes your whole life.

"On 10 June she was on the trampoline and did a flip and she landed very badly and her arm took the full impact.

"We went to Bedford Hospital A&E and they could tell right away it was a very bad injury.

"For some reason her body wasn't allowing blood to flow to her hand. She had several operations there before being transferred to Great Ormond Street Hospital.

"They did everything they could to save her hand but it wasn't enough. They had to amputate her right hand and the lower part of her arm."

Michelle said her daughter, who has been dancing since she was two-years-old, is determined to not let her amputation stop her.

Two crowdfunding pages, which have raised more than £12,000, will be used for adaptations, gym equipment to help with rehabilitation and to support Vienna's wellbeing.

Mrs Hayers added: "She's right hand dominant so she will have to get used to using her left hand for now but she's hoping to go down the prosthetic route and the money will really be able to help."