Schoolgirl, 13, found hanged at home ‘did not intend to end her life’ after telling ‘overburdened’ mental health nurse she wanted to kill herself, inquest hears

A 13-year-old girl who was found hanged at her home was judged to be safe by an ‘overburdened’ mental health nurse the day before her death.

Faith Hindle died the day after telling Salford nurse Tayaba Nicholson she had suicidal thoughts every day and was ‘unable to keep herself safe’.

The coroner ruled she died by ‘misadventure’ and ‘did not intend to bring about her death’, an inquest at Bolton Coroner’s Court heard yesterday, the Manchester Evening News reported. 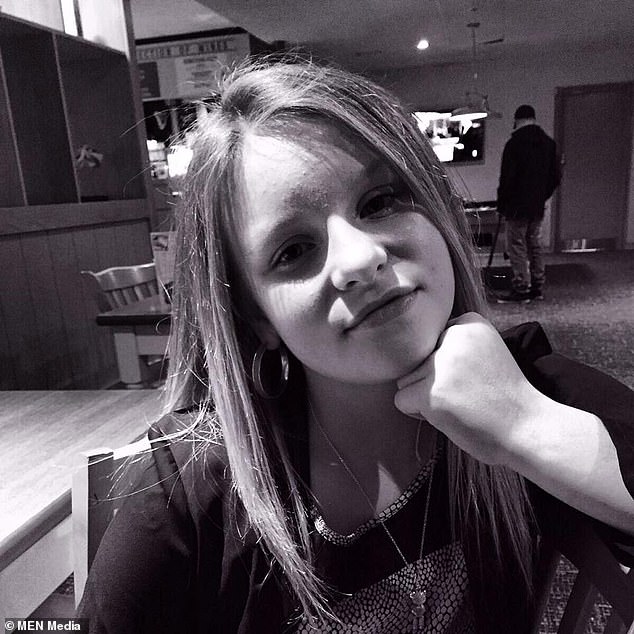 Faith Hindle, 13, ‘did not intend to end her own life’ and was crying for help, her coroner said

Faith was pronounced dead after her mum came home to find her hanged on December 8, 2018.

Beautician Charlene Riley, 34, was out with friends just a few hours after daughter Faith kissed her goodbye.

When Faith’s friends left her home at 8pm that evening, they judged her to be in a ‘good mood’. At 10.20pm, she was found hanged.

Nurse Nicholson had called Faith on December 7, where the child told her she was ‘unable to keep herself safe’.

Faith’s mental state was judged to be ‘as before’, with risks managed and no immediate threat to her life.

In fact, professionals at the Salford Children and Adolescent Mental Health Service (CAMHS) reduced Faith’s risk from ‘high’ despite her saying her mood was ‘two out of ten’.

The girl was targeted by vile bullies on social media who told her to ‘Kill yourself’, her grandmother said.

Theresa Riley, 53, told the Mail: ‘She had been subject to online abuse on Instagram and Snapchat. I know in the past she messaged people saying things like, “I just don’t feel like being here.” And people messaged back: “Just kill yourself!”‘

After Faith overdosed on paracetamol at school, Theresa held her in her arms as Faith said: ‘I don’t want to die.’ 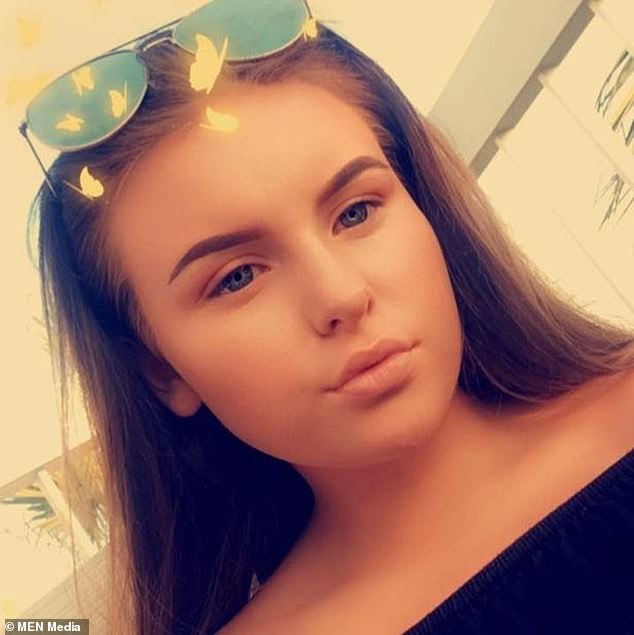 The teen was targeted by social media bullies and told to ‘Kill yourself’, her grandmother said

Faith was referred to the Junction 17 wing at Prestwich Hospital in September 2018 after she punched a wall and bruised her hand.

A ligature mark was also found on her neck.

Two months later while attending the hospital’s school Cloughside College, Faith made several web searches including references to ‘suicide’, ‘hanging’ and ‘easy ways to kill yourself’.

Headteacher Karen Ingham told the inquest these all took place within six minutes.

Faith was also well aware her searches were monitored and was likely asking for help.

Her parents were informed and phone conversations with ‘overburdened’ Nurse Nicholson were scheduled for November 27 and December 7. 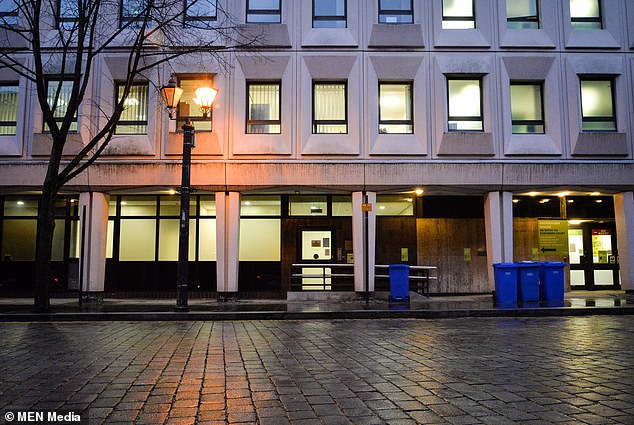 During the December 7 call, Faith said she was having suicidal thoughts daily. But her parents were not informed.

Ms Nicholson told the inquest she had a ‘very heavy caseload’ at the time.

Coroner John Pollard said Faith never meant to die and her suicide attempts were a ‘cry for attention’.

He said: ‘I know from the evidence I have heard that Faith had, on several occasions, tried to end her life. All of her actions amounted to a series of cries for help or attention.’

Mr Pollard added he believes what Faith wanted was to be ‘found and looked after’.

But support was ‘patchy in its effectiveness’ and failings were due to a ‘well-intentioned but overburdened individual’.

He said: ‘This was not a systemic failure but simply a question of volume of work’.