On Monday’s Secrets of Playboy, identical twins Karissa and Kristina Shannon discussed their 18-month relationship with Hugh Hefner. The Shannons starred in the final season of The Girls Next Door. The twins were 18 years old when they first arrived at the mansion. They thought the show was fake and that they only played Hefner’s girlfriends.

“You don't think an 80-year-old man is sleeping with three of these women,” Karissa Shannon claimed.

They claimed they were manipulated into sleeping with Hefner on their 19th birthday. They also discussed how they were constantly monitored and had to adhere to rules about not leaving the mansion.

“He locked us in our bedroom,” Shannon said. “There would be a security guard sitting outside of our door… they would always, in the morning, come up with their report of every single thing we did that night the next morning for him… who we would hang out with… what we were drinking, what we ate. Everything.” 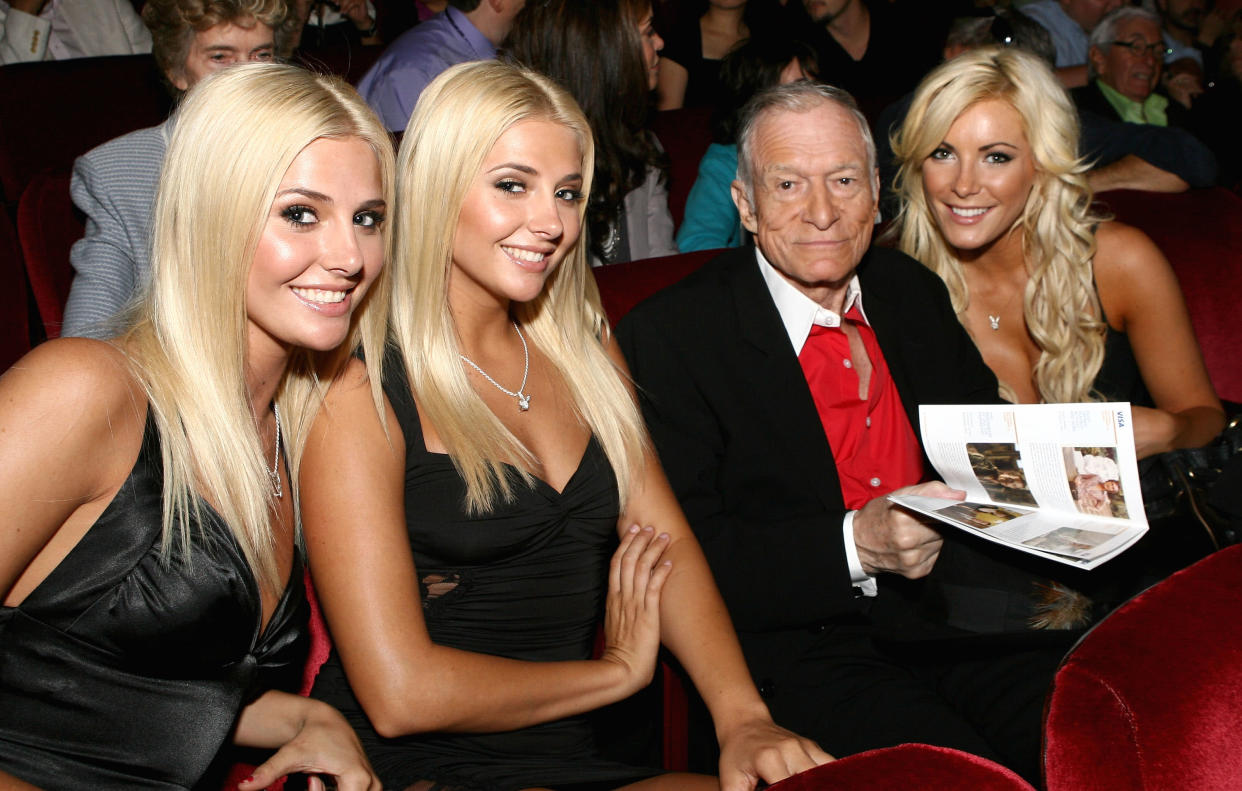 The twins refused to sleep with Hefner for months. As a result they lost privileges in the mansion and were shunned. They ultimately caved to pressure and had sex with Hefner again.

Karissa Shannon learned later that she was pregnant with Hefner’s baby. She worried a child would bind her to Hefner.

“I think it's a way for him to control me even more,” Shannon said. “Having me on a leash. I felt disgusted with my body. I didn't— I felt like there was something, like, like, an alien inside me. I was just grossed out.”

Shannon decided to abort the baby before anyone at the mansion could find out about it. It’s a decision that she still stands by.

“Everyone, to each their own,” Shannon said. “But for me it's, like, rape. He would use control mechanisms completely throughout everything, so I'm happy that I had the abortion.”

Secrets of Playboy airs Mondays at 9 p.m. on A&E.

Watch: 'CODA' is the big winner, but Will Smith and Chris Rock steal the show at the Oscars: