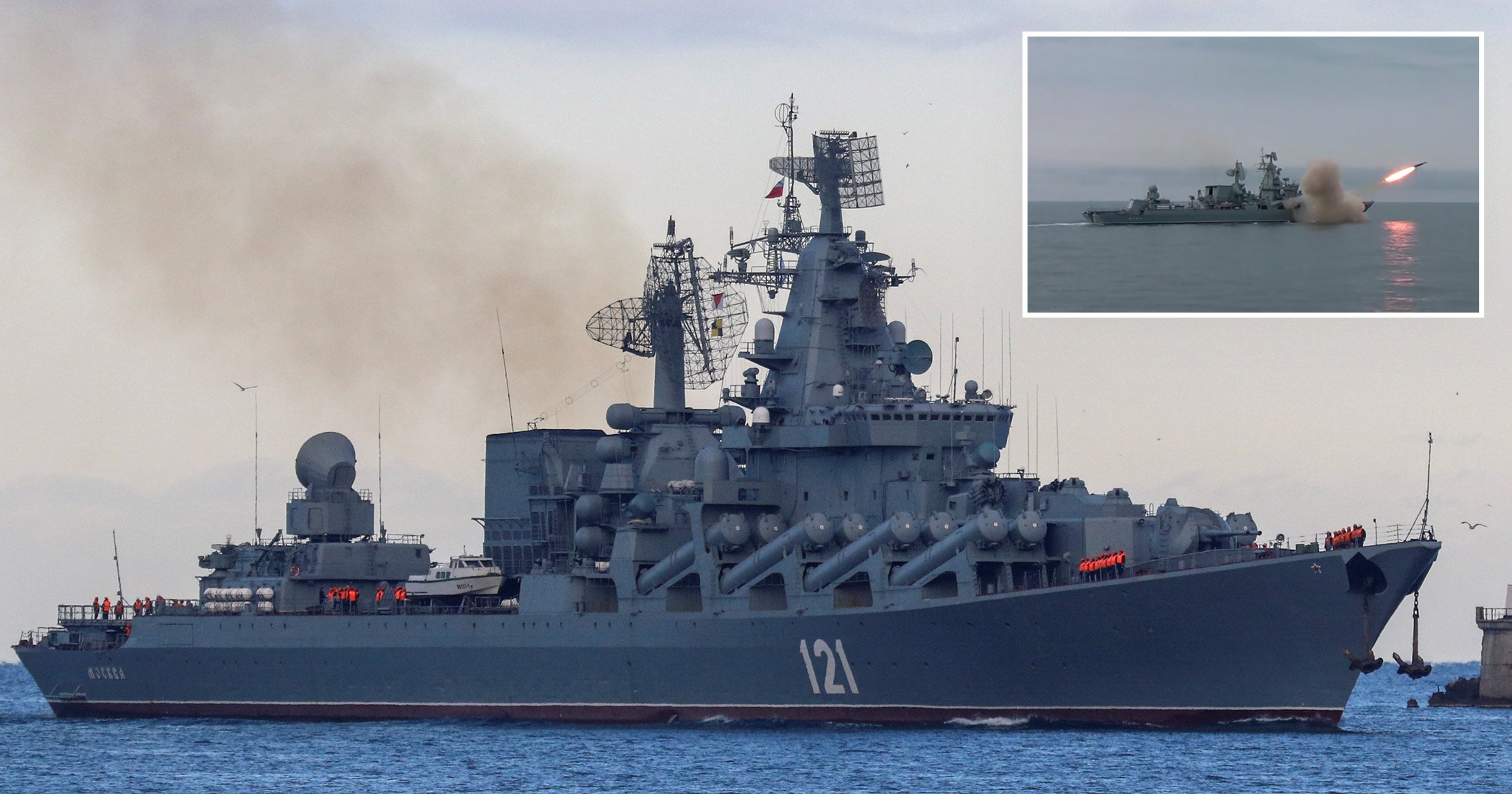 A Russian warship has been seriously damaged in what Ukrainian military say was a successful missile strike.

The Moskva, the flagship of the Black Sea Fleet, is central to controlling the war’s naval front and striking port cities like Odesa and Mariupol.

It made headlines when a Ukrainian soldier was filmed saying ‘go f*** yourself, Russian warship’ as its crew threatened to shell Snake Island before capturing the unit.

A Ukrainian official said two Neptune missiles were launched from the same island yesterday and struck the vessel.

Other pro-Kyiv sources said the ship was engulfed by fire and on the verge of sinking, but this has not been verified.

The Kremlin has confirmed damage to the Moskva after a fire but did not attribute the cause to Ukraine’s armed forces.

A statement from the defence ministry read: ‘A fire onboard the Mosvka missile cruiser caused a blast of the broadside munitions.

‘The ship received serious damage. The crew was evacuated.’

If confirmed, the news would be a major blow to Russia’s efforts to cripple strategically important Ukrainian cities on its southern coast.

Ukraine’s own smaller navy was wiped out in the early stages of the invasion so it is forced to attempt counter-strikes from land.

The British government has been looking at plans to supply its armed forces with anti-ship missiles following continuing calls from president Volodymyr Zelensky for more lethal aide from the West.

Roman Gribov, one of the troops captured on Snake Island and reportedly the man who was filmed saying the famous words, was returned home in a prisoner exchange.

He was awarded a medal for displaying ‘strength and Ukrainian spirit’ and described as ‘author’ of the phrase by Ukraine’s military.