A retired High Court judge tasked with building criminal cases against disgraced defence barrister Nicola Gobbo and the police detectives who used her as an informer has taken a thinly veiled swipe at Victoria Police for impeding his job.

A year after Justice Geoffrey Nettle began his investigations into whether police perverted the course of justice by recruiting Gobbo as a confidential source and encouraging her to snitch on her gangland clients, he issued a public statement lamenting his lack of progress. 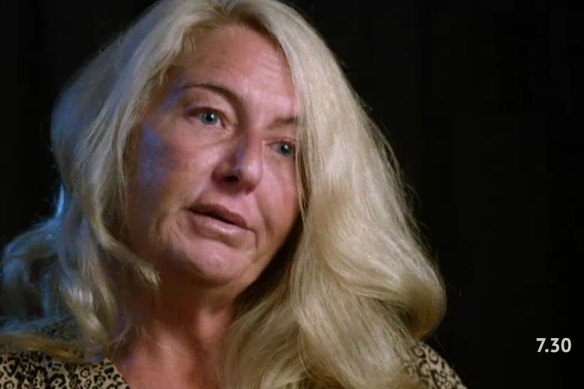 Nicola Gobbo’s interview on the ABC’s 7.30 program three years ago was her last public appearance.Credit:ABC

Nettle said that since the Office of the Special Investigator (OSI) began its work on December 1 last year, he had spent most of his time locked in legal dispute with law enforcement agencies over access to information already provided to the Royal Commission that previously examined the so-called Lawyer X saga.

“Among other difficulties faced during OSI’s first year of operations, OSI was required to spend much of the first nine months of its operations obtaining access to sections of Royal Commission records that have been redacted on the basis of undetermined claims of public interest immunity, other privilege, and statutory secrecy provisions, and in attempting to overcome claims of statutory secrecy made by a bevy of law enforcement agencies,” the retired judge said.

While the former judge did not name Victoria Police or any of its officers in his statement released on Tuesday, Victoria Police holds and exerts legal privilege over most of the records relating to Gobbo provided to the Royal Commission. 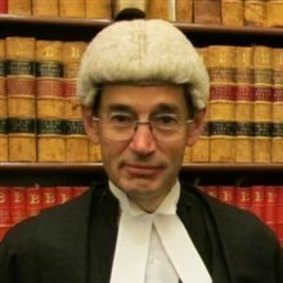 Nettle noted that the lack of coercive powers given to the office by the Victorian government means it was unable to compel people to answer questions or produce documents about their dealings with Gobbo, who at the height of Melbourne’s gangland war acted for drug kingpins Tony Mokbel, Carl Williams and Lewis Moran.

“To a large extent, therefore, OSI’s rate of progress depends on the propensity (or lack of it) of persons to disclose what they know,” Nettle said.

Although the OSI can obtain a warrant to search for documents, this does not override the privilege and statutory secrecy provisions Victoria Police has relied on for nearly a decade to conceal Gobbo’s role as a registered informant and the extent to which she influenced prosecutions against her former clients.

Some of those clients have spent years pursuing appeals in the courts. Nettle said getting access to the information he needs to do his job, whether through negotiation or litigation, was “extraordinarily time-consuming and expensive”.

Nettle gave no indication whether Gobbo had co-operated with his investigators.

The establishment of the OSI was a recommendation of the McMurdo Royal Commission. It is based on the model successfully used in tandem with the Fitzgerald Inquiry, which culminated in the jailing of Queensland police chief Terry Lewis.

McMurdo recommended that “the conduct of current and former Victoria Police officers” named in her final report or the submissions of counsel assisting be referred to a special investigator. They include former members of senior command and the gang-busting Purana taskforce.