Google is not legally responsible as a “publisher” for defamatory news stories and other material accessed when users click on its non-sponsored search results, the High Court has ruled, in a major victory for the US-based search engine.

On Wednesday the High Court overturned a Victorian Supreme Court decision ordering Google to pay $40,000 in damages to prominent Melbourne criminal lawyer George Defteros for linking to a 2004 article in The Age newspaper. 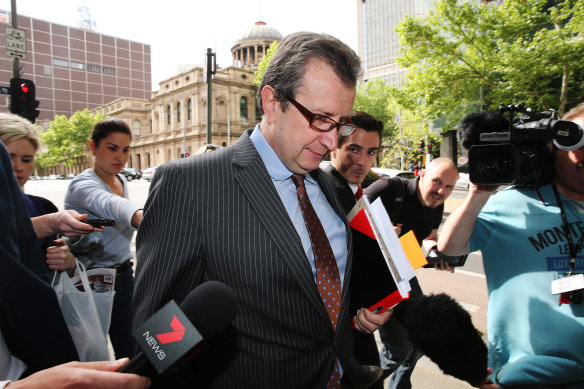 The Supreme Court, and later the Court of Appeal, had found Google was liable as a “publisher” of the full Age story when users searched for “George Defteros” and clicked on the link to the article.

The High Court disagreed with that finding and entered judgment in favour of Google. In a joint judgment, Chief Justice Susan Kiefel and Justice Jacqueline Gleeson said “it cannot be concluded” that Google published the article.

“The provision of the Search Result, including the hyperlink, has no connection to the creation of the … article; its creation was in no way approved or encouraged by the appellant [Google]; and the appellant did not participate in it being placed on The Age’s website,” Kiefel and Gleeson said.

“Whilst it may be said that the use of a hyperlink may mean The Age gains a reader, that does not make the appellant something other than a reference provider.”

They noted it was possible that search results “may themselves contain matter which is defamatory” but this was “not this case”.

The Age and The Sydney Morning Herald are owned by Nine Entertainment.

In a separate judgment, Justice Stephen Gageler agreed. He noted that the search result in this case was not a “sponsored link” for which Google received advertising revenue, and that the legal position in those cases may be different because there was a degree of “enticement or encouragement to click on the hyperlink”.

In the case of non-sponsored links, Gageler said, “Google does not, merely by providing the search result in a form which includes the hyperlink, direct, entice or encourage the searcher to click on the hyperlink”.

Justices Patrick Keane and Michelle Gordon would have found against Google, while Justices James Edelman and Simon Steward said Google “in no way participated in the vital step of publication”.

Edelman and Steward said the case “does not present the occasion to consider whether the conclusion would be different in respect of those hyperlinks that, by agreement with a third party, are promoted by the appellant following a search request”.

“Nor was any issue raised on this appeal about any service provided in the aggregation of news results. It suffices to say that it is arguable that the appellant and a third party might share a common intention to publish the content of a third-party webpage that, as a consequence of an agreement between the appellant and the third party, is promoted as a search result.”

The Age story, published in June 2004, followed Defteros’ arrest on charges of conspiring to murder notorious underworld identity Carl Williams and others. The charges were dropped in 2005.

Defteros did not sue The Age over the report, but the masthead removed the story from its website in December 2016 after correspondence with his lawyers.

He launched proceedings in 2016 against Google for linking to the article. In 2020, the Victorian Supreme Court Justice Melinda Richards found Google defamed Defteros by publishing a snippet of the article and the full article when readers clicked on the link.

The search result and article defamed Defteros by suggesting he “crossed the line from professional lawyer to confidant and friend of criminal elements”, Richards said. She ordered Google to pay $40,000 to Defteros.

“Critically”, Richards said, neither the search result nor the 2004 article “gave any indication that the charges against Mr Defteros were later withdrawn” in 2005. She said that in 2016 Defteros “had a settled reputation as an ethical lawyer”.

The Victorian Court of Appeal upheld the original decision last year and said Google effectively “incorporated … the content” of the article by generating a link to the story. Google was able to rely on a defence of statutory qualified privilege in relation to many, but not all, of the readers of the article, meaning that the damages payout was relatively small.

The states and territories had been preparing to amend the country’s defamation laws in relation to search engines, partly in response to the Victorian decisions.

The country’s chief legal officers agreed at a meeting on Friday to prioritise online defamation reform this year and NSW Attorney-General Mark Speakman released a background paper setting out a suite of proposed changes for public comment.

Among those changes was a plan to provide a conditional exemption from defamation liability for “standard search engine functions”.

The background paper noted “the treatment of search engines in Australia diverges from other comparable jurisdictions” and proposed that an exemption should apply where the search engine’s role was solely technical and automatic.

The exemption “would not cover autocomplete functions provided by some search engines, or content that is paid advertising”, the paper said.

Some of the changes may not be required in light of the High Court decision.