Striking rail workers may find themselves banned from overtime under plans being drawn up by Transport Secretary Grant Shapps.

Alongside industry chiefs, Mr Shapps is devising ways to prevent striking workers from claiming overtime – a perk they are usually entitled to when getting rail services back on track after a walkout.

The Transport Secretary is said to be determined that workers won’t be able to ‘milk the system’ after ‘inflicting misery’ through industrial action, The Telegraph reports.

A Department for Transport source said: ‘The traditional mistake during strike is that you pay staff to work overtime putting right the damage they’ve done. We won’t be making that mistake this time. Striking will result in a full and absolute loss of pay.’

Union barons yesterday threatened to take the Government to court over plans to allow agency workers to be brought in to limit the impact of rail strikes. 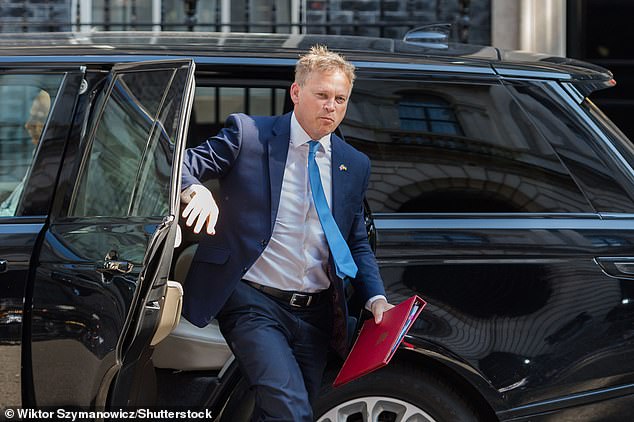 The militant RMT union said it would launch the ‘fiercest resistance possible’ to the plans, announced by Transport Secretary Grant Shapps.

When asked if this could include legal action or more strikes, an RMT spokesman said neither could be ruled out.

It plunged talks deeper into crisis days before more than 40,000 RMT workers strike on Tuesday, Thursday and Saturday of next week.

It threatens to cause chaos for millions, affect key events such as Glastonbury and Armed Forces Day and even prevent students from attending school or sitting exams.

Government sources told the Express that ‘nothing is off the table’ when it comes to tackling the disruption.

Mr Shapps said ministers were urgently drawing up legal changes that could take effect ‘during this particular dispute’.

It could be brought forward within a week or two as it would not require primary legislation. 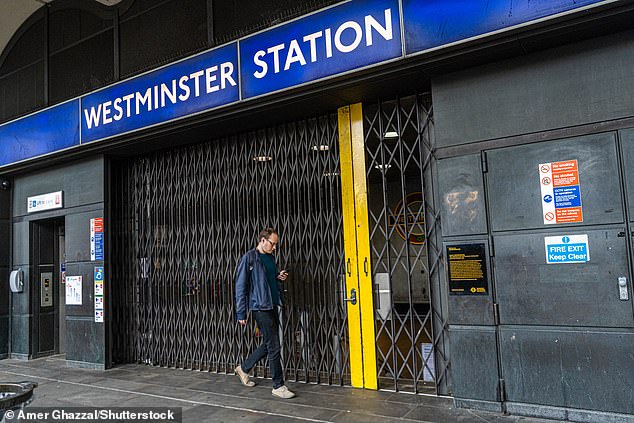 More than 40,000 RMT workers strike on Tuesday, Thursday and Saturday of next week, with a further strike on the London Underground on June 21 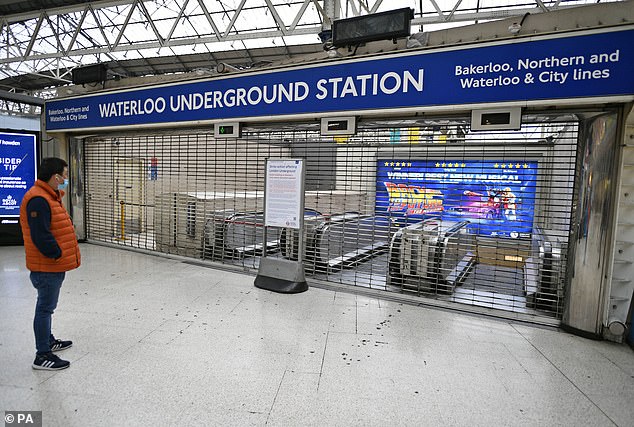 Agency workers are unlikely to be able to fill skilled jobs such as signal operators or train drivers, but the measures will give rail firms flexibility to cover some roles. Mr Shapps told The Sunday Telegraph: ‘The country must not continue to be held to ransom.

‘These strikes are incredibly premature and we will use every possible lever to ensure that the public is protected in the future in particular.’

He added: ‘Rail workers have been able to top up wage packets reduced by striking through more overtime working on subsequent days. That won’t be happening this time. Rail managers and ministers are determined to ensure strikers cannot milk the system to maintain their income while inflicting misery on the public.’

But RMT boss Mick Lynch said: ‘If the Government attempts to reduce our rights further, the RMT along with the rest of the trade union movement will mount the fiercest resistance possible.’

The Department for Transport said: ‘To protect the public’s right to access vital services, we are looking at everything we can do to help maintain services.’

Elsewhere, the RMT was also accused of ‘breathtaking hypocrisy’ after boss Mike Lynch attacked BP for raking in billions of pounds – despite the fact that the RMT has £254,000 shares in the company.

The union also has £540,000 shares in Shell and £700,000 in petroleum and mining company BHP – despite previously stating on record that the energy sector should be nationalised, The Sun reports.

Conservative MP Nigel Mills said: ‘This is breathtaking hypocrisy. They preach about wanting to nationalise the energy sector but have millions invested in these firms.’