ATHENS (Reuters) – Greece set a temporary 50-person limit on public gatherings on Friday and said restaurants and bars in Athens and other areas must close by midnight, as the country seeks to contain a recent spike in COVID-19 infections. 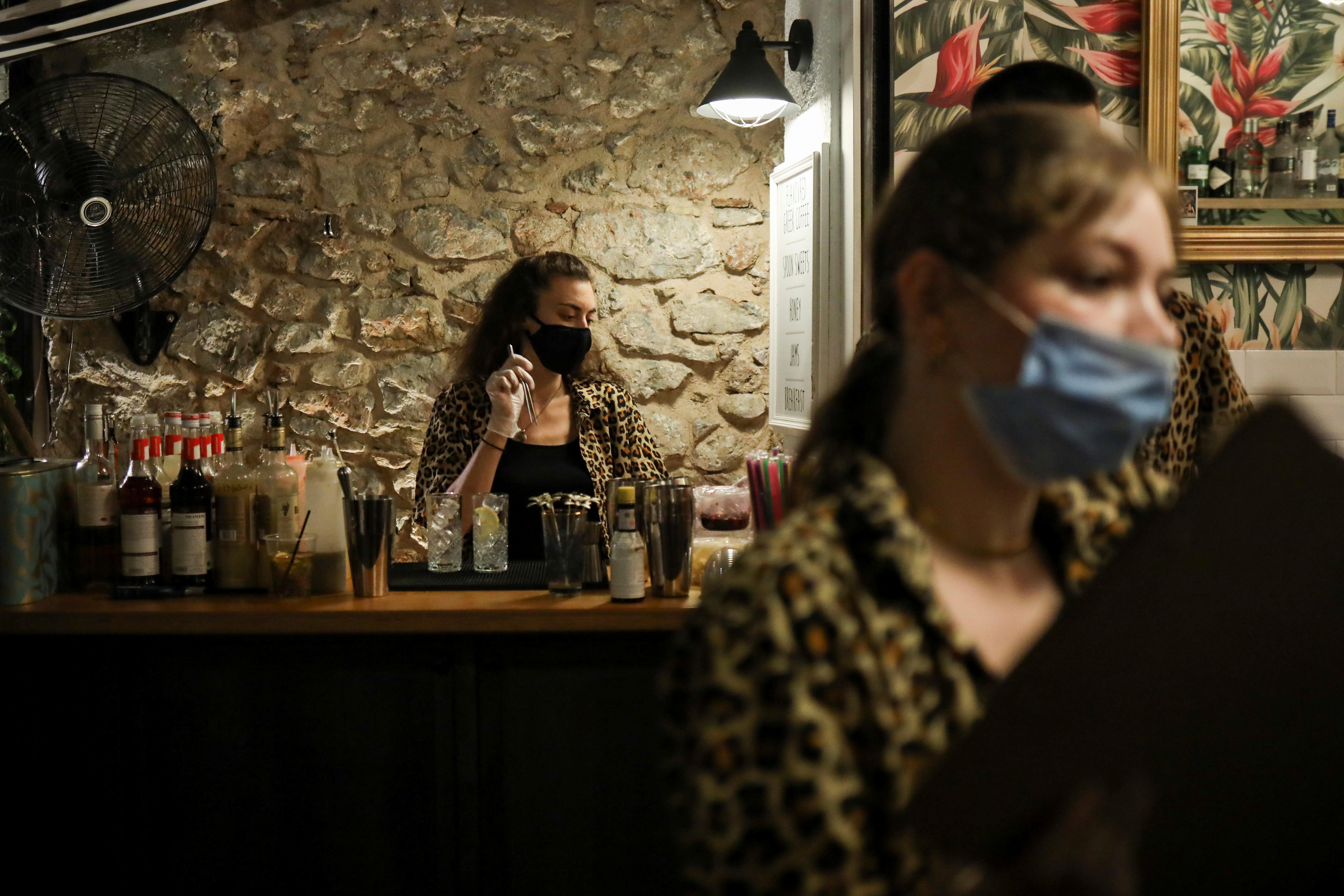 The deputy civil protection minister said the limit on public gatherings would last until Aug. 24 and be imposed in parts of the country where infection numbers have risen.

Earlier, Prime Minister Kyriakos Mitsotakis urged young people to wear masks, reminding them that they are not invulnerable to the novel coronavirus and could unwittingly infect their own families.

Recent data has shown COVID-19 infections have started to spread among lower age groups, Mitsotakis said, and he urged those returning from vacation to large urban centres to wear masks.

“No measures can substitute for personal responsibility, particularly that of young people to protect their parents and grandparents,” Deputy Civil Protection Minister Nikos Hardalias said.

Greece reported 262 new infections on Wednesday, its highest daily tally since the start of the outbreak in the country. Another 204 cases were reported on Thursday.

That brings the total number of infections in Greece to 6,381 since late February, with 216 deaths.

The jump in infections has led the authorities gradually to introduce more restrictions at the peak of the tourism season.

Hardalias said restaurants and bars will not be allowed to operate after midnight in the greater Athens area and in other parts of the country including Crete, the islands of Paros, Santorini, Rhodes, Kos, Antiparos and Zakynthos.

Mask wearing will also be mandatory at refugee camps and military facilities.

Greece has also said visitors arriving from Sweden, Belgium, Spain, the Netherlands and the Czech Republic must show proof that they have tested negative for the coronavirus before they can enter the country.