He’s bitten off more than he can chew! Greedy chipmunk called Van Gogh stuffs its mouth with nuts before running off to hide them

A greedy little chipmunk called Van Gogh stuffed its face with nuts making his cheeks bulge before running off to hide them.

The ravenous rodent grabbed up to ten nuts at a time to stuff into its cheeks before scurrying off, storing them and rushing back for more.

As he built up his collection, saving them for later, he was photographed by social media manager 33-year-old Ally Calmusky, who often sees the chipmunk in her mother’s backyard in Aurora, Ontario, Canada. 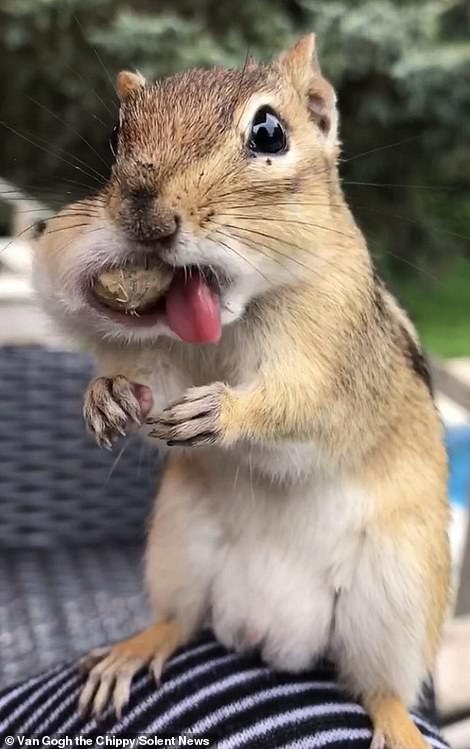 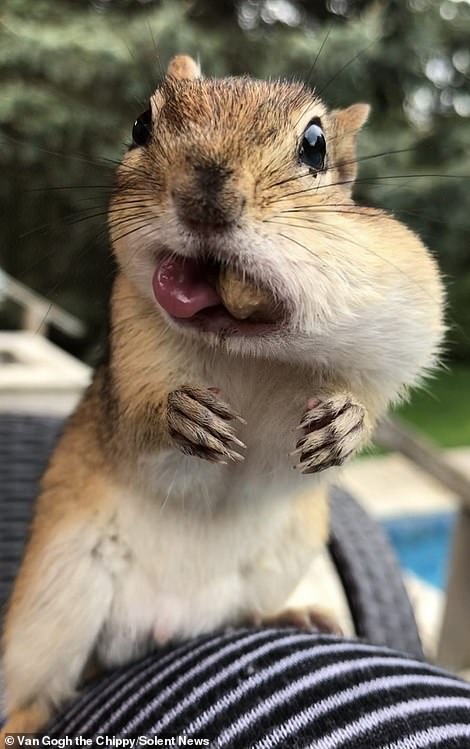 Van Gogh, a greedy little chipmunk, stuffed nuts inside his mouth resulting in a set of hilarious photographs taken in Aurora, Ontario, Canada 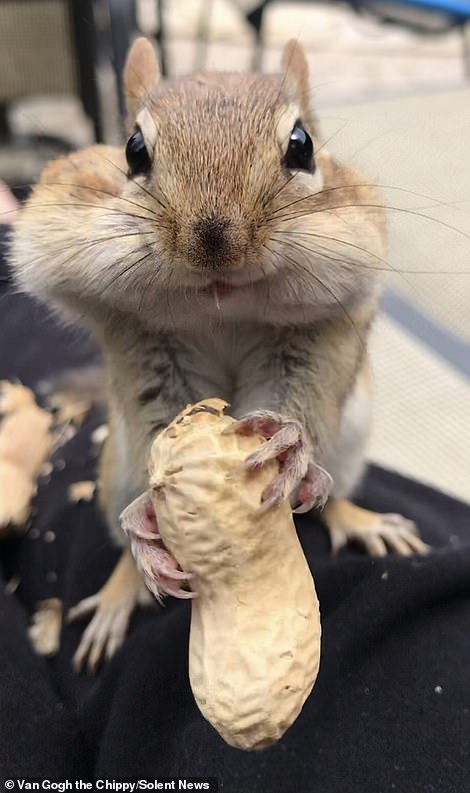 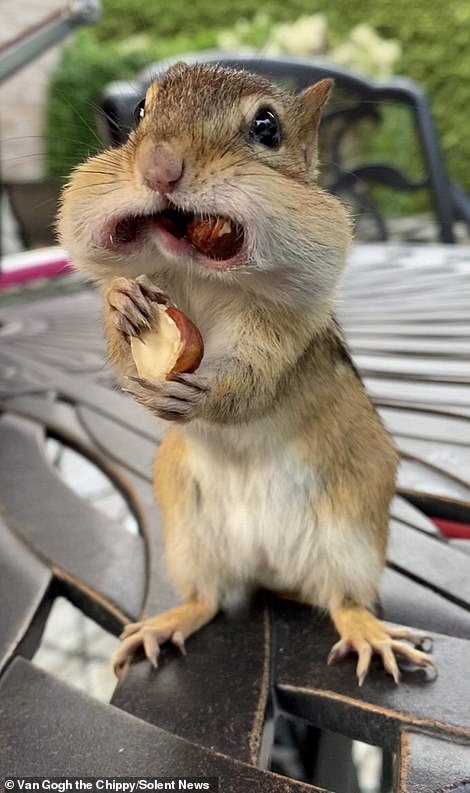 After shoving the nuts making in his mouth, his cheeks began to bulge before running off to hide them before rushing back to gather more

She said: ‘These wild chipmunks live behind my mum’s yard and visit everyday for snacks.

‘They run straight up to me, pack their cheeks full with the goods and then run back to their underground burrows to store the food for later.

‘The ‘regulars’ all have art-related names, voted for by my social media followers. 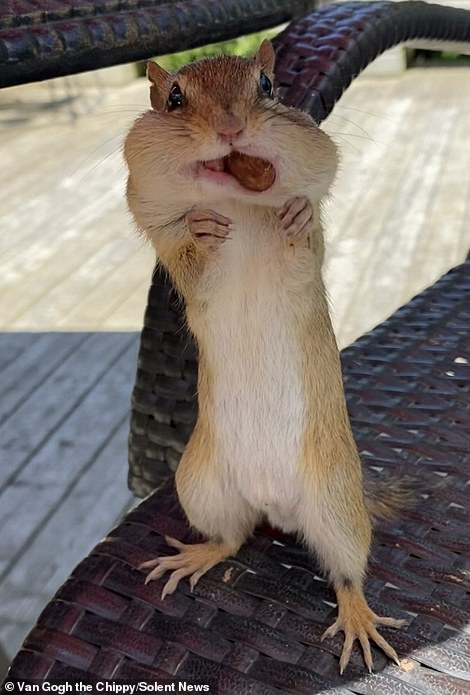 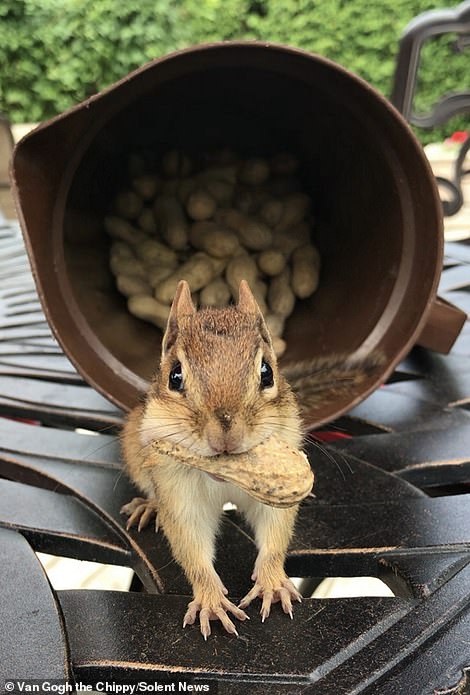 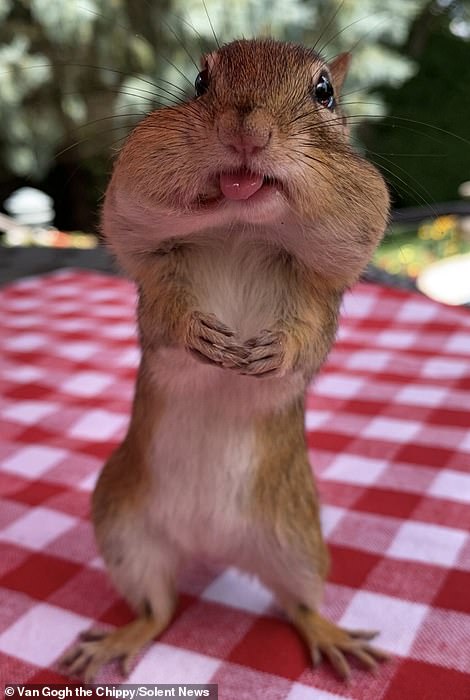 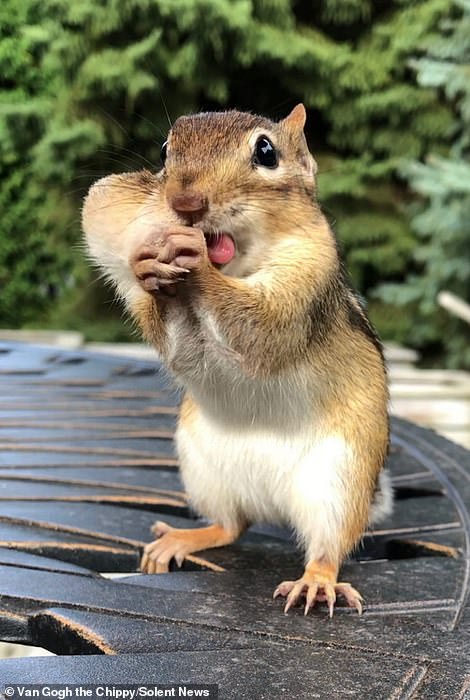 He was photographed by social media manager 33-year-old Ally Calmusky, who often sees the chipmunk in her mother’s backyard

‘A couple of the chipmunks have been visiting for over three years now, but we get new visitors and babies each year.

‘They are always looking for food. They stuff their adorable cheeks because they’re hungry.

‘They sometimes struggle to fit the nuts in their cheeks. When this happens they will either drop the food and run off, or stay and try to figure out how to fit it in – almost like a Tetris piece.’ 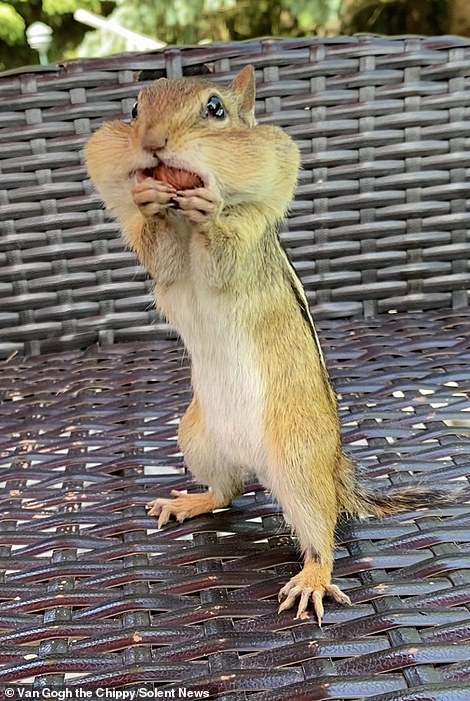 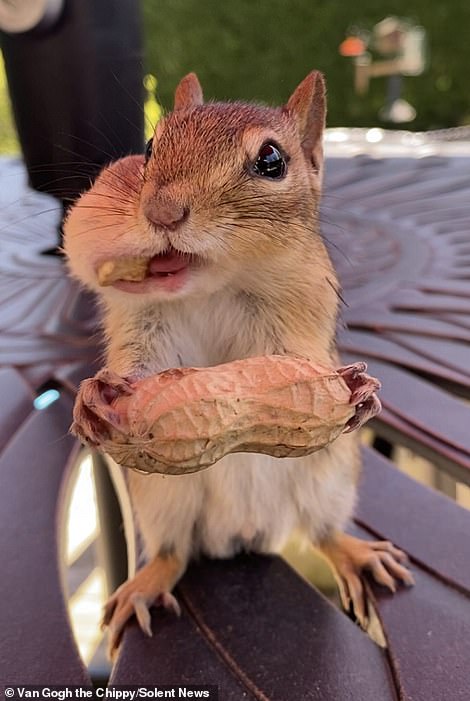 Ally said she has given all the ‘regulars’ art-related names, including Van Gogh, voted for by her social media followers 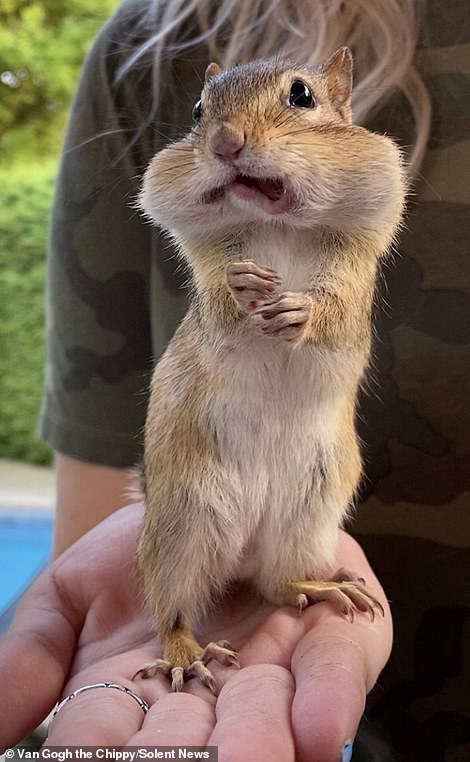 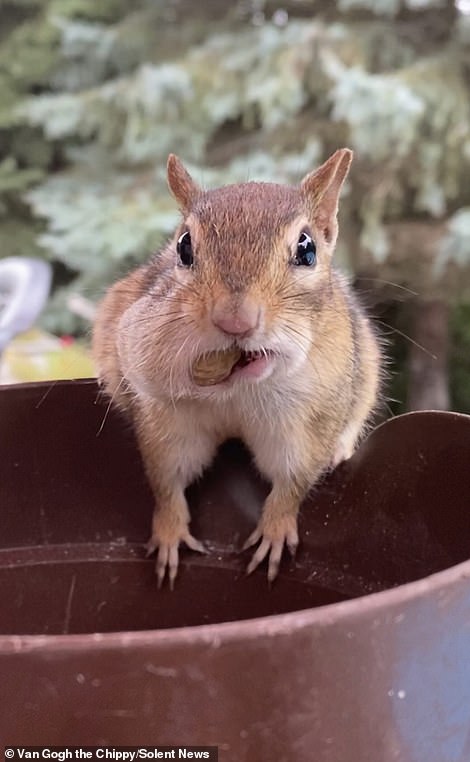