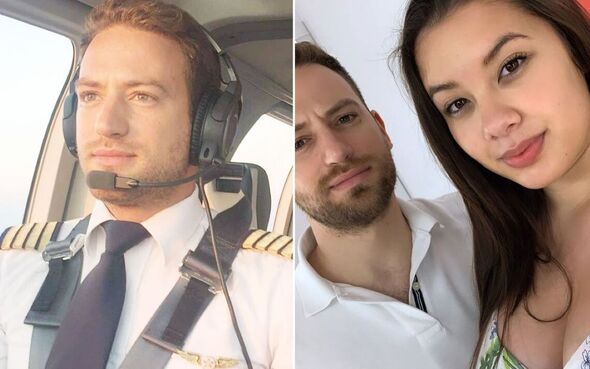 The father of a British woman who was strangled by her Greek pilot husband has claimed his daughter’s killer was involved in drug trafficking.

Haralambos Anagnostopoulos was jailed for life for the murder of the 20-year-old British-Filipino after confessing to the crime during a six-hour interrogation.

The retired oil executive told the station that Anagnostopoulos was approached by a friend who was “asking him to move some drugs around”. Mr Crouch claimed that the deal was “to do just one job” and would be worth “a lot of money”.

However, mother-of-one Caroline threatened to leave Anagnostopoulos after he revealed to her that he had been approached. According to Mr Crouch, 79, Caroline vowed to leave Greece and take her daughter to the Philippines.

“Instead of keeping his mouth shut, he told Caroline — and Caroline was a very honest person. She said she would not have anything to do with it… if he continued with the drug-trafficking business”, Mr Crouch said.

The retiree, who resides on the Greek island of Alonissos, went on to say that Anagnostopoulos refused the deal but “the druggies told him they would get rid of Caroline”.

He went on to say that in the end “he [Anagnostopoulos] did it… that was the only reason he killed her because if he didn’t, he and Caroline would have been killed by the drug gang”.

Caroline’s parents did not attend the trial in May, in which Anagnostopoulos was convicted of her murder and sentenced to life.

Mr Crouch, who is also a former serviceman, makes his claims as Anagnostopoulos’s parents seek full custody of their granddaughter.

The child, who will have to grow out without her mother, has moved to the Philippines with Caroline’s mother Suzanne.

“She is very happy there,” the former gas executive said. “It would be ridiculous to disturb her life and have her stay with the parents of the man who murdered her mother.”

“He wrote this all to me in a typed letter,” he said. “His mother is also aware.”

Anagnostopoulos is currently in a maximum-security prison for a murder described in Greece as “heinous” and “barbaric”. Although his conviction may not be altered by these revelations it sheds light on his motive, according to legal experts.

Prior to confessing to Caroline’s murder, Anagnostopoulos had insisted robbers had broken into his home and committed the act, however, a mobile step tracker demonstrated he was moving at a time he claimed he had been strapped to a bed by the burglars.

A fitness watch worn by Caroline also showed that she had passed away four hours before he claimed.