A 2,360-mile trek: Group aims to create walking trail to link all 15 of our national parks

Most of us enjoy a wintry stroll with our families over the Christmas period.

But a new route being planned by some ramblers would take a lot longer than a couple of hours after a hearty festive lunch.

A group of volunteers are trying to create a route that passes through all of the UK’s national parks – a 2,360-mile trek in all.

The proposed trail would go from the Cairngorms in Scotland all the way to Dartmoor in the south of England, passing through the 15 parks in total. 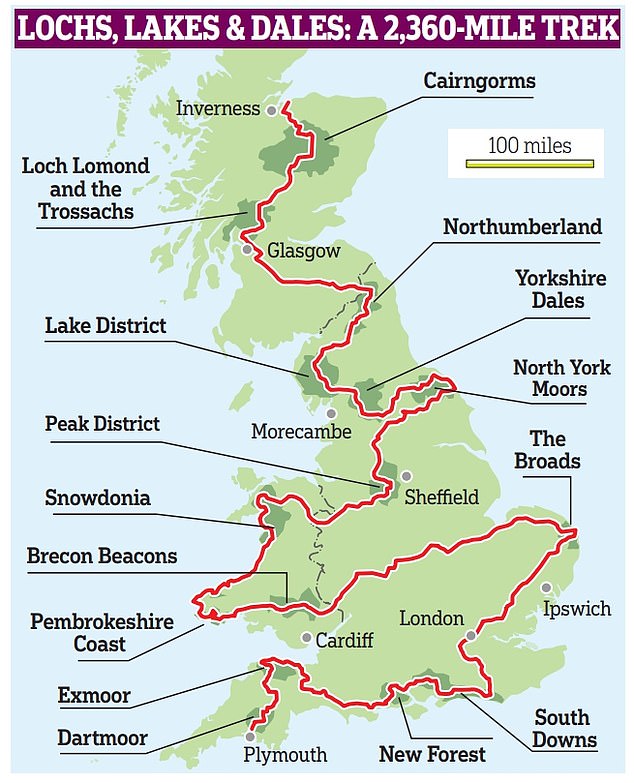 A group of volunteers are trying to create a route that passes through all of the UK’s national parks – a 2,360-mile trek in all 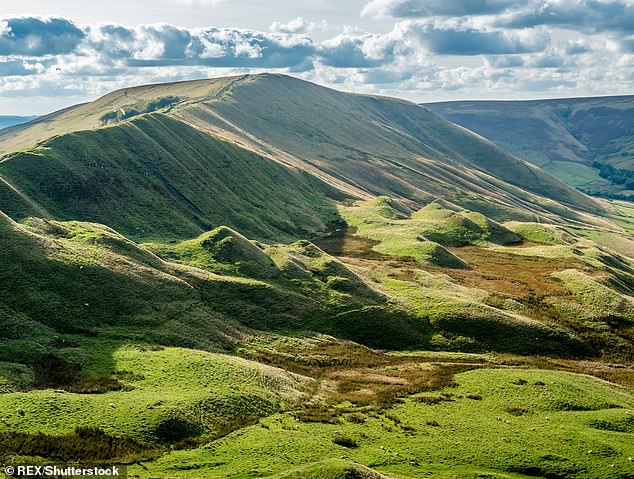 The proposed trail would go from the Cairngorms in Scotland all the way to Dartmoor in the south of England, passing through the 15 parks in total, including the Peak District (pictured)

It would be near-equivalent in length to the US’s Appalachian Trail – a hike which goes through 14 states from Georgia to Maine over 2,200 miles.

The idea is the creation of Slow Ways, a movement seeking to build an online network of walks linking all the towns and villages in the UK. Their plan relies on volunteers mapping routes, which are graded for difficulty and suitability. Once at least three people have walked and reviewed a route positively, it is considered verified.

Since July, volunteers have reviewed 143 of the 249 individual routes that will make up the mammoth trail. A fifth of the suggested routes have been verified as suitable so far.

Slow Ways founder Dan Raven-Ellison told The Times: ‘At the moment if you go on Google Maps it will give you great directions to travel by train or car, but when it comes to walking there is no site good enough. So we are combining local knowledge with technology to give people recommendations.’

The current longest verified Slow Ways routes enable walkers to stroll from Brighton to Cardiff, and from Sheffield to Ledbury in Herefordshire.

The 15 national parks are the Brecon Beacons, the Broads, the Cairngorms, Dartmoor, Exmoor, the Lake District, Loch Lomond and the Trossachs, the New Forest, the North York Moors, Northumberland, the Peak District, the Pembrokeshire Coast, Snowdonia, the South Downs and the Yorkshire Dales.