From Dolly and Kenny to Gwen and Blake?

Gwen Stefani revealed one classic song she’s dying to sing with her husband, Blake Shelton: “Islands in the Stream,” the country duet famously recorded by Dolly Parton and Kenny Rogers.

“That song would be my dream, if me and Blake could do that song together one day,” Stefani said Sept. 26 on “The Voice” after the husband-and-wife duo The Dryes performed the song in their blind audition.

“Islands in the Stream” was originally written by Barry Gibb of the Bee Gees and was performed by Parton and Rogers as part of Rogers’ 1983 album, “Eyes That See in the Dark.” 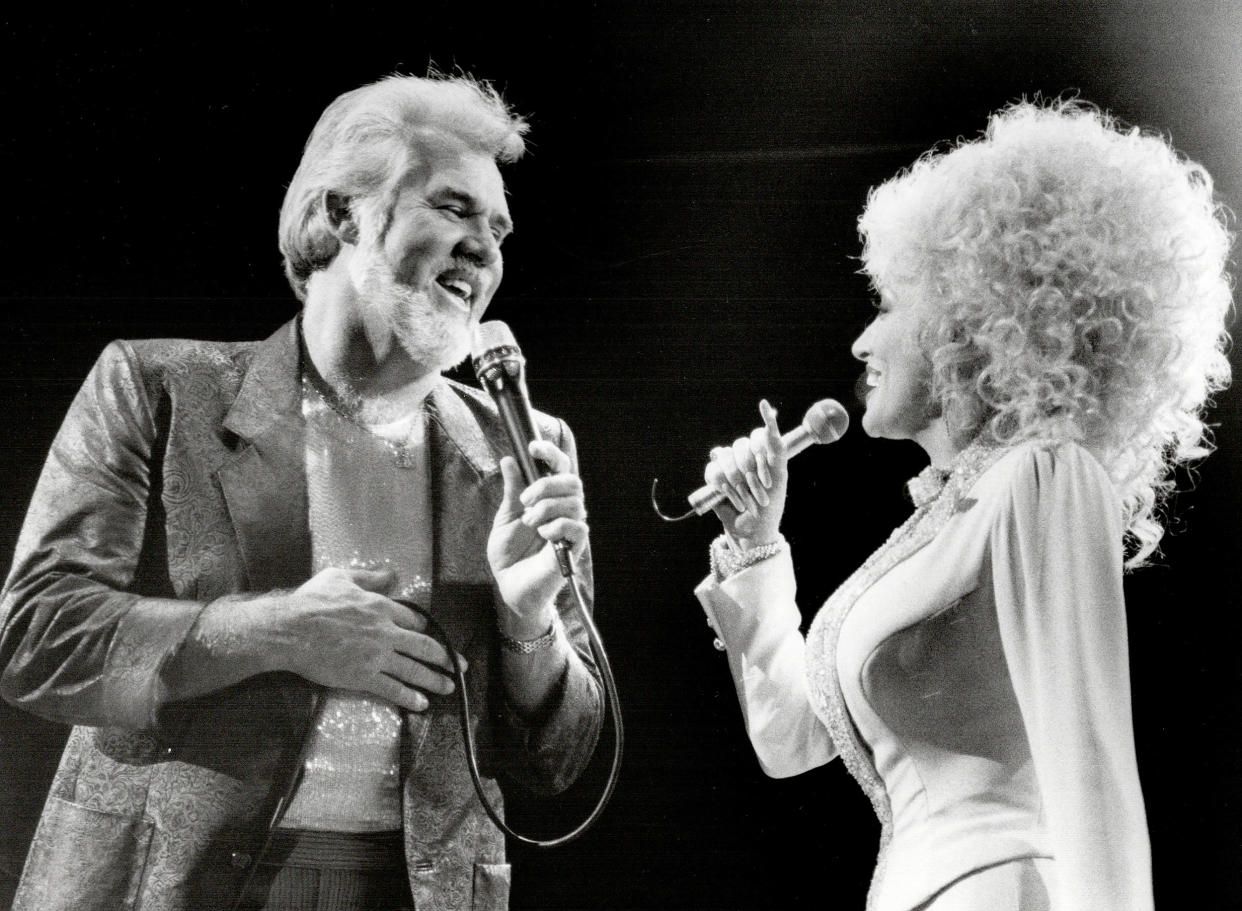 Both Stefani and Shelton, who tied the knot last year, turned their chairs around for Katelyn and Derek Drye, and it was a battle of the spouses as they each fought to convince the musical duo to pick them as a coach.

Ultimately, the Nashville-based Dryes stuck with their country roots and chose Shelton.

Afterward, in true Blake style, the “No Body” singer teased his wife about it on Twitter.

[email protected] may be the Dolly Parton of her genre but I’m THE BLAKE SHELTON of mine! Honored to be your Country Coach @thedryesmusic #TeamBlake #TheVoice. pic.twitter.com/ULwLRiwwqb

“@GwenStefani may be the Dolly Parton of her genre but I’m THE BLAKE SHELTON of mine!” he wrote. “Honored to be your Country Coach.”

Shelton, 46, and Stefani, 52, have collaborated on multiple original songs throughout their relationship.

Stefani was featured on the track “Go Ahead and Break My Heart” on Shelton’s 2016 album, “If I’m Honest.”

Shelton also joined Stefani on the lead single of her 2017 holiday album, “You Make It Feel Like Christmas,” and the pair later collaborated on, “Nobody But You,” a track from Shelton’s 2019 album “Fully Loaded: God’s Country.” 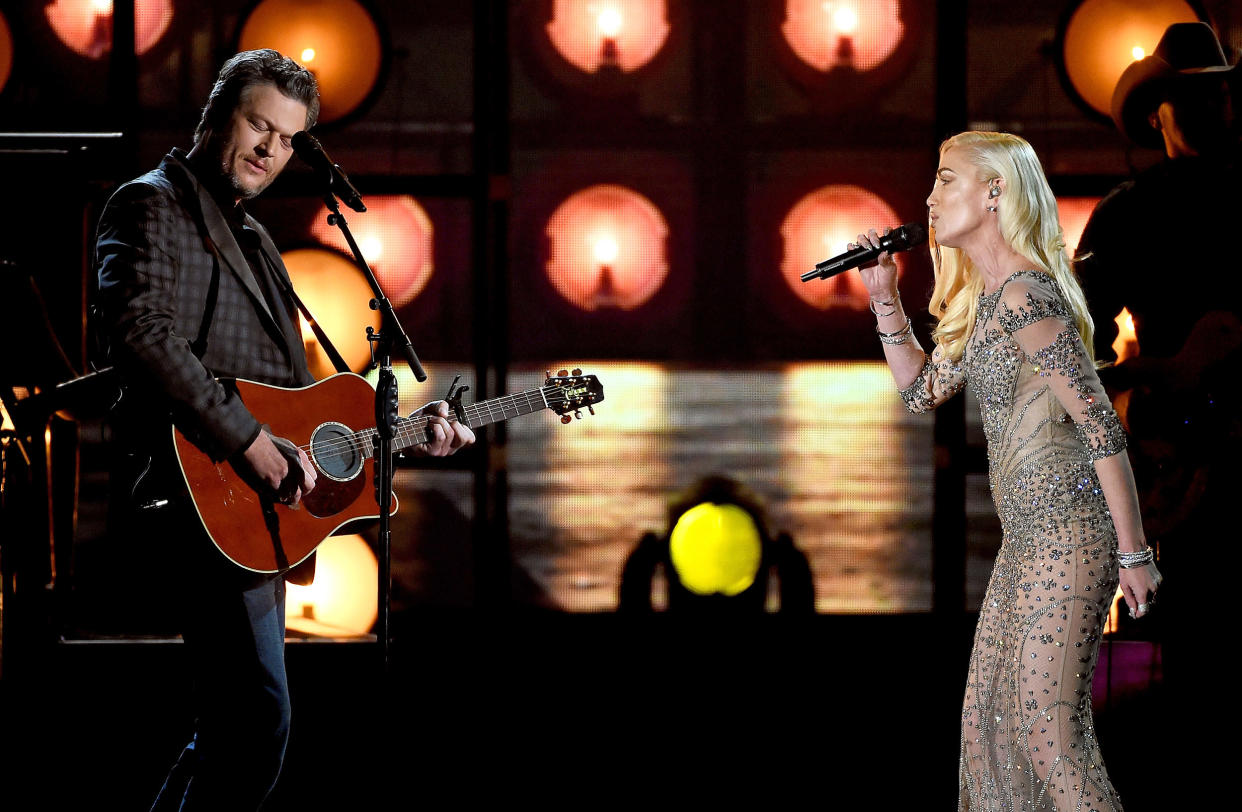 More recently, the couple both appeared in a sweet music video for “Happy Anywhere,” a duet on Shelton’s 2021 album, “Body Language.”

While Stefani and Shelton are clearly in harmony when it comes to their love, Shelton’s not letting that get in the way of his competitive streak on “The Voice.”

“I love you @gwenstefani…” Shelton wrote on Instagram after Monday night’s episode, “BUT don’t forget #TeamBlake is still gonna win this season!!!!”