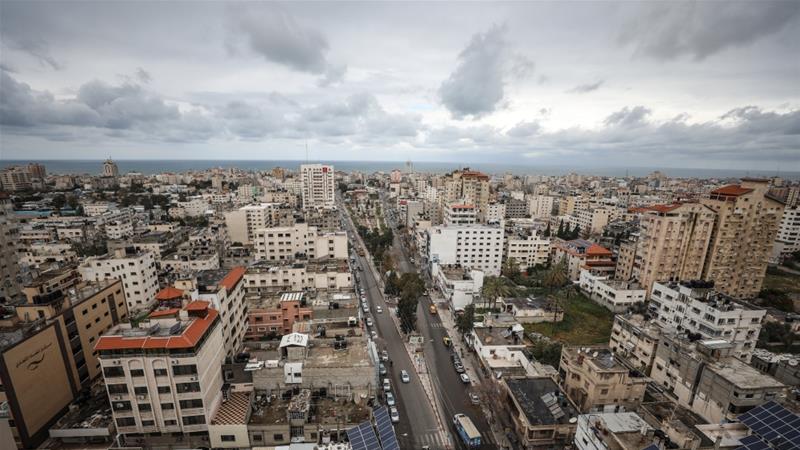 Hamas, the group that governs the Gaza Strip, reportedly launched two rockets towards Israel on Thursday morning in response to Israeli rocket fire.

Earlier on Thursday, Israeli warplanes targeted several Hamas positions in the northern part of the strip in response to the alleged launch of incendiary balloons from the besieged enclave, the Israeli army said.

In response to the explosive and arson balloons launched from #Gaza to #Israel earlier today, our Air Force recently struck a number of Hamas terror targets in Gaza.

There had so far been no reports of injuries.

Israel holds Hamas responsible for all attacks from Gaza, controlled by the group since 2007.

The exchange of fire comes after a relative calm since an Egyptian-brokered ceasefire between Israel and Hamas came into effect on April 1.

Palestinians in Gaza have been regularly sending balloons carrying firebombs over the border fence to damage Israeli property and have in the past succeeded in setting fire to large areas of farmland.

On Tuesday, Israel reduced Gaza’s fishing limit from 15 nautical miles (27.8km) to six nautical miles (11.1km) after it alleged a rocket was fired from the territory by Islamic Jihad – an allegation the Palestinian group denied.

Israel has waged three offensives on Gaza since December 2008.

The last war of 2014 severely damaged Gaza’s already weak infrastructure, prompting the United Nations to warn that the strip would be “uninhabitable” by 2020.

Tensions have been high for the past year along the Israel-Gaza frontier since Palestinians began popular protests near Israel’s fence west of the Gaza Strip, protesting their right of return and demanding an end to the 12-year-long siege.

The siege has devastated the local economy, severely restricting food imports and access to basic services to Gaza’s two million residents. It has also stopped the flow of construction materials.

Since the start of the protests, dubbed the Great March of Return, more than a year ago, the Israeli military has killed more than 260 Palestinians.

About 60 more Palestinians have died in other incidents, including exchanges of fire across the fence. Two Israeli soldiers have also been killed by Palestinian fire.