HANOI (Reuters) – Nestled in a leafy park between a rusting Soviet fighter jet and the old East German embassy, a lonely statue of Lenin stands in the center of Hanoi as a symbol of the Russian revolutionary’s inspiration to Communist-ruled Vietnam. 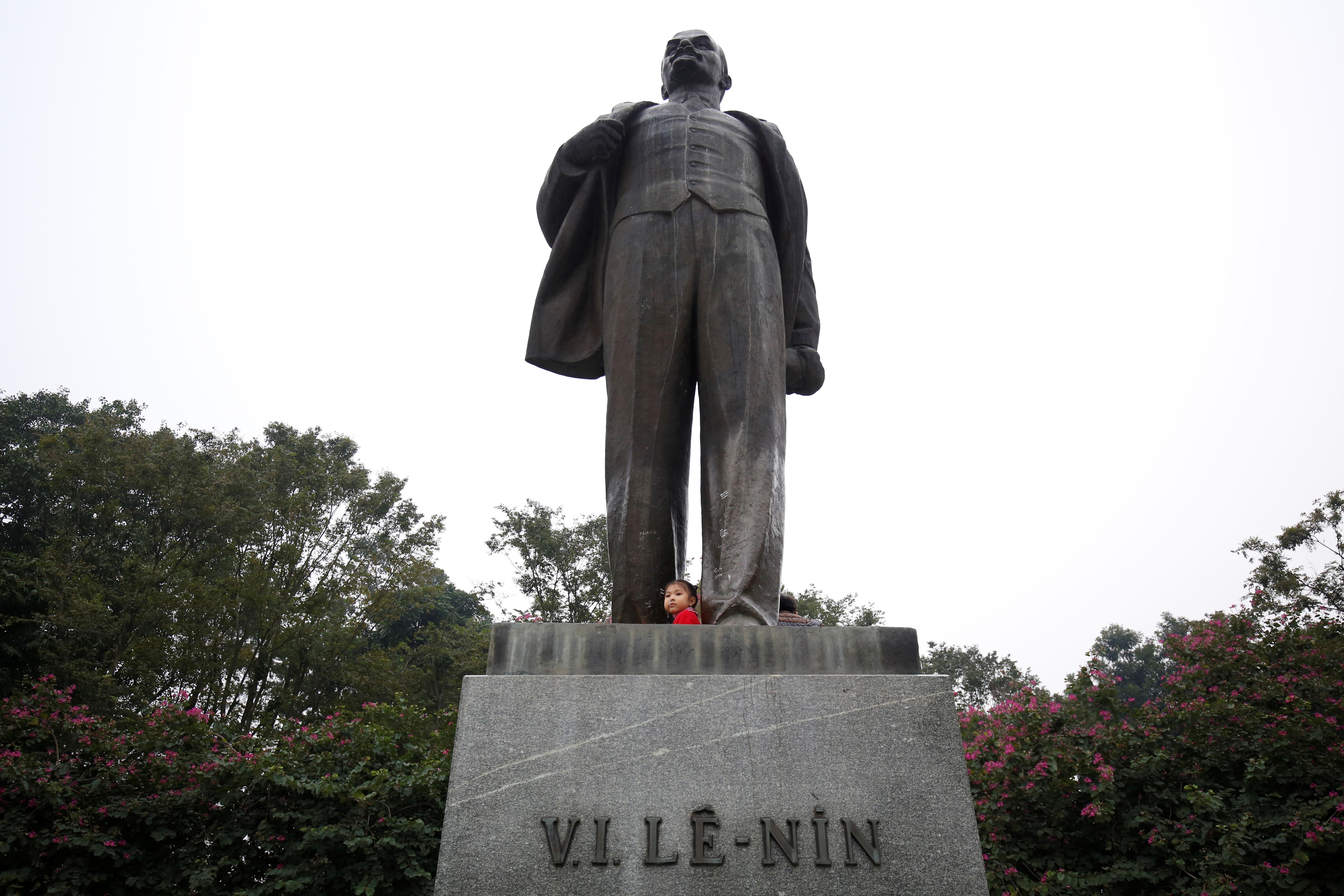 In 1986, one year after the statue was erected, Vietnam embarked on its comprehensive program of “doi moi” reforms which transformed the country from a war-torn agrarian basket case into one of Asia’s fastest-growing economies.

Today, Hanoi’s “Lenin Park” is popular, not for Vietnamese paying homage to their communist roots but for a dedicated crew of skateboarders aping their Western cohorts.

As Vietnam prepares to host North Korean leader Kim Jong Un and U.S. President Donald Trump’s second summit later this month, the Vietnamese model of reform is being widely touted as the economic path for impoverished and isolated North Korea to follow.

But it has necessitated political change and levels of individual freedoms that would require major reforms in North Korea, where Kim Jong Un exercises almost total control and is revered by state propaganda as a living deity.

“When all the power is in the hand of a single person, decisions are prone to mistakes,” said Cao Si Kiem, the former governor of Vietnam’s state bank who enacted sweeping reforms of Hanoi’s monetary policy from 1989-1997.

“We had to accept power dilution,” Kiem told Reuters, referring to Vietnam’s era of opening up.

When Vietnamese revolutionary and founding president Ho Chi Minh’s health was failing during the Vietnam War, his right hand man in the Party, Le Duan, took over and ruled as a strongman until his death in 1986.

“Le Duan was a hardcore communist, an old guard of the Leninist political and economic system,” said Hiep.

“After his demise, no single politician could command such a level of control. Instead, the politburo took over and became the most important decision maker, albeit on a consensus basis”.

North Korea, by comparison, has only ever known its strongman era. Kim Jong Un officially derives his political legitimacy from his father and former leader, Kim Jong Il, and his grandfather and founding leader, Kim Il Sung.

Together, they form the “bloodline of Mount Paektu,” a reference to a legendary volcano on the border of China and North Korea, where the eldest Kim is said to have coordinated his guerrilla war against colonial Japan.

North Korea’s “Juche” ideology of self-sufficiency officially replaced Marxism-Leninism in 1972. While Juche has its roots in the Soviet ideology, references to Marxism-Leninism and communism have been slowly phased out.

The ruling Kims are afforded godlike status in the country. Even the official exchange rate for the Korean People’s Won was, until 2001, pegged at 2.16 won to the dollar, because of Kim Jong Il’s February 16 birthday.

But under Kim Jong Un, who activists say has led a brutal crackdown against dissent and defectors, some progress on economic reforms has been made.

Kim has allowed some markets in North Korea to develop, introduced more Special Economic Zones and called for factories to expand their product ranges to cater for diverse consumer tastes.

“In the North Korean context, this is huge – so much further than under previous leaders,” said Andray Abrahamian, a Korea expert at Stanford University’s Asia Pacific Research Centre.

By 2016, four years after Kim came to power, the rate of economic growth in North Korea hit a 17-year high, according to South Korea’s central bank. That growth contracted last year under pressure from international sanctions over its weapons programs, the bank said.

“North Korea is embracing markets to an unprecedented degree, but there are still some key limitations,” said Abrahamian, citing the need for official systems of property ownership and land use and a loosening of surveillance on visiting foreigners to encourage offshore investment.

So far, economic changes, which have been officially communicated in state propaganda as Kim-led initiatives to improve living standards, have come with little political liberalization.

North Korea is still officially tax-free and, despite the fact many North Koreans rely on the markets instead of the state for food, Pyongyang still professes to have a functioning public distribution system.

In Vietnam, such rationing was abandoned as reforms were embraced.

Today, the Vietnamese economy has become so open the “subsidy era”, when Vietnam went through its most literal iteration of communism, is remembered mainly as a “vintage” design trope in novelty coffee shops and restaurants.

In North Korea, such imagery is sanctified.

The road to change in Vietnam hasn’t always been so relaxed, however.

In 1996, 10 years into the reform program, government officials staged the public destruction of foreign video cassettes and pornographic posters at Lenin Park to rid Vietnam of “social evils”. 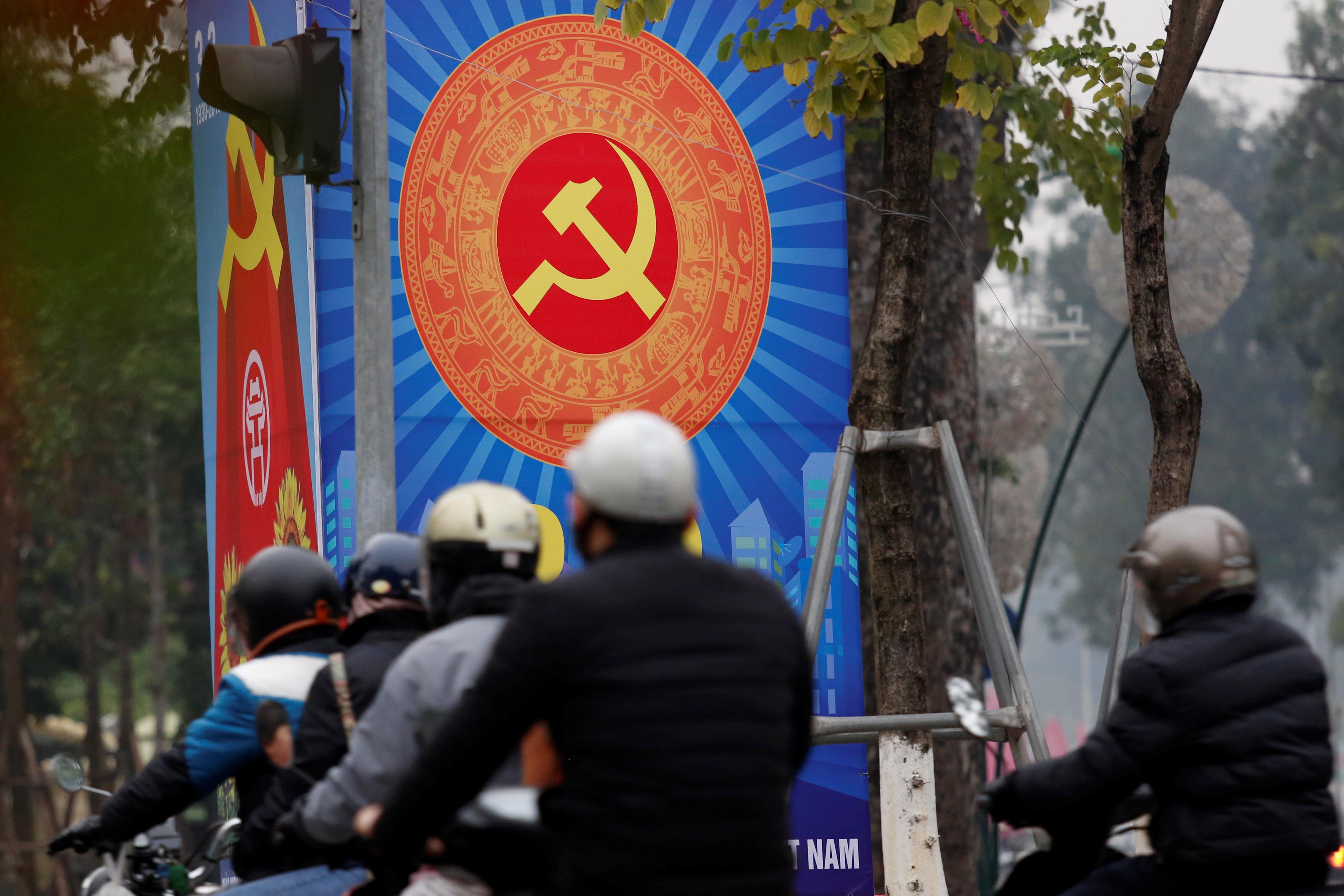 Now, while the Lenin statue still casts a shadow over the square, skateboarders there are mostly amused or ambivalent about his presence.

“This is a street sport from the West, so the fact I’m doing it right here in front of the Lenin statue is really something,” said 27-year-old jazz pianist and skateboarder Nhat Huy Le.