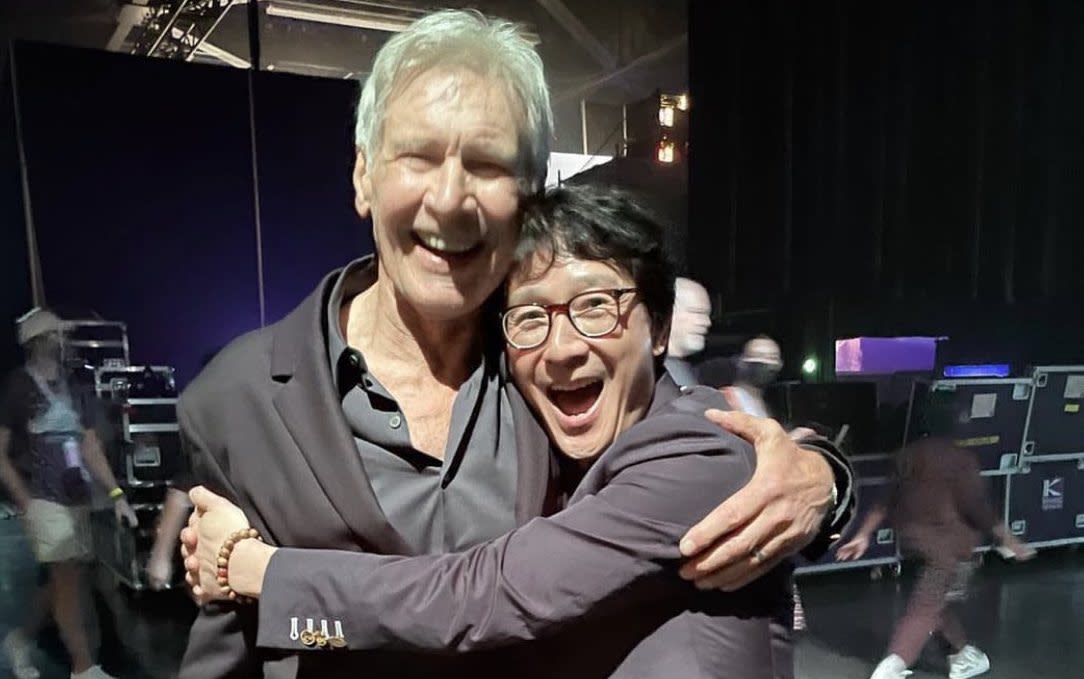 Despite the years — and the mileage — true friends will always recognize each other. That's what happened at the D23 Expo in September when Ke Huy Quan bumped into his childhood hero, Harrison Ford, for the first time since they shared a wild adventure together as Short Round and Indiana Jones, respectively, in 1984's blockbuster sequel, Indiana Jones and the Temple of Doom. And the former child star's heartfelt Instagram post revealing their 38-years-in-the-making reunion immediately went viral. "I love you Indy," Quan wrote, a Temple of Doom callback quote that ripped fans' heart out of their chests… OK, not literally.

Asked about the Indy-Short Round reunion during an interview about his upcoming Paramount+ series, 1923, Ford reveals to Yahoo Entertainment that the feeling was mutual. "It was great," the once — and future — Indiana Jones says of his meet-up with his former kid sidekick. "He's all grown up!"

Hold on to your potatoes! Harrison Ford tells @YahooEnt that he loved reuniting with Ke Huy Quan at D23 in September, and is a big fan of #EverythingEverywhereAllAtOnce. "It's a lovely movie." pic.twitter.com/DcF1XRFnff

As Quan told The New York Times in October, the fact that he is all grown up now initially made him concerned that Ford wouldn't be able to place his face all these years later. "We're in this greenroom [at D23] … and the person who was assigned to assist me said, 'Harrison Ford is right outside the greenroom. Would you want to go say hi?' So I walk out and see him about 15 feet away….And as I walk closer, I'm thinking, 'Is he gonna recognize me? The last time he saw me, I was a little kid.'"

It turns out that Quan had no cause for concern. "He looks and points at me and says, 'Are you Short Round?'" he said of the 80-year-old icon's reaction to seeing him. "Immediately I was transported back to 1984, when I was a little kid, and I said, 'Yes, Indy.' And he said, 'Come here,' and gave me a big hug." 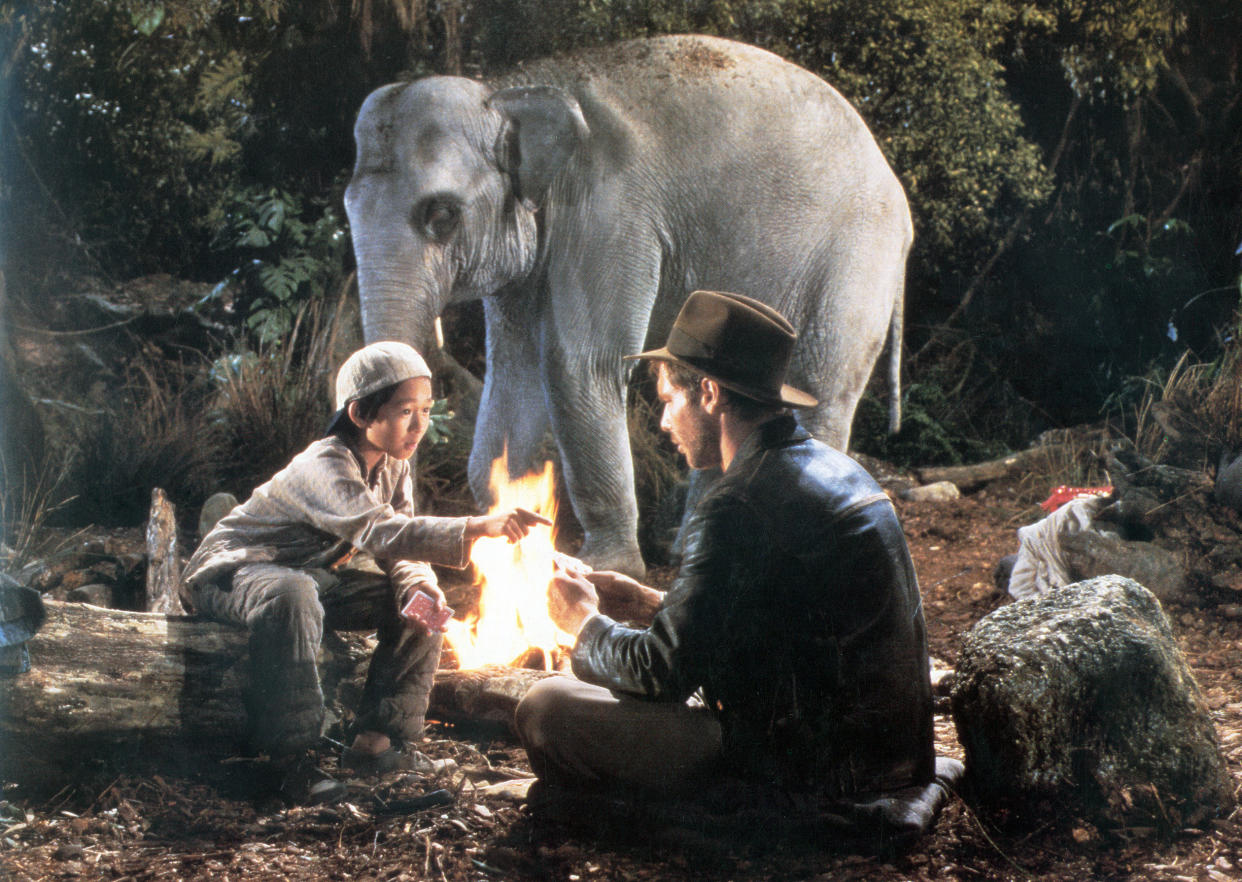 Speaking with Yahoo Entertainment earlier this year, Quan remembered the happy times he shared with Ford on the Temple of Doom set. "He's one of the generous actors I've ever met," Quan recalled. "And because it was my first time [acting], he was constantly behind the camera helping Steven get that performance out of me."

According to Quan, Ford's helped him master life skills beyond acting. "When we were in Sri Lanka, we all stayed in the same hotel and every time we wrapped for the day, I would go swimming. I didn't know how to swim before, and it was actually Harrison Ford who taught me! To this day, I thank him for that."

Asked if he recalls acting as Quan's swimming teacher while in Sri Lanka, Ford smiles and nods. "I have a lot of warm memories working with him."

Besides Temple of Doom, Quan also starred in the ’80s favorite The Goonies before he stepped away from acting due to the lack of opportunities for Asian actors in the American film industry at the time. "I remember reading a lot of scripts where the Asian character either didn't even have a name, or if they did, they would have two or three lines," the Vietnamese-born actor said of those frustrating years, which prompted him to move behind the camera. For the next two decades, Quan took on various crew roles — including stunt coordinator and assistant director — for both Hollywood and Hong Kong productions, including the 2001 Jet Li action vehicle The One and Wong Kar-wai's acclaimed 2004 drama, 2046.

But this year, Quan finally returned to the big screen in a big way alongside Michelle Yeoh and Stephanie Hsu in the out of the box indie hit, Everything Everywhere All At Once. Released in March, the A24-released movie blew up at the box office, grossing over $100 million worldwide and putting all three stars in the awards race. In fact, Quan just scored a Best Supporting Performance trophy at the Gotham Awards, and is expected to be a leading contender for the Oscar as well.

But Quan might consider his biggest award to be this admiring review from his pal, Dr. Jones. "It's a lovely movie," Ford says of Everything Everywhere All At Once. "It was fun to see him, and see his performance in the film."

It's destined that Short Round and Indy will next reunite in Indiana Jones and the Dial of Destiny, right? We're holding onto our potatoes in anticipation.