THIS is the shocking moment a cop helped a man who blew off his own hand with a firework after the NBA championship win for the LA Lakers.

Grisly video was released by the LAPD which shows hero officer Christopher Gonzalez giving first aid to the man after his hand was left a bloody stump. 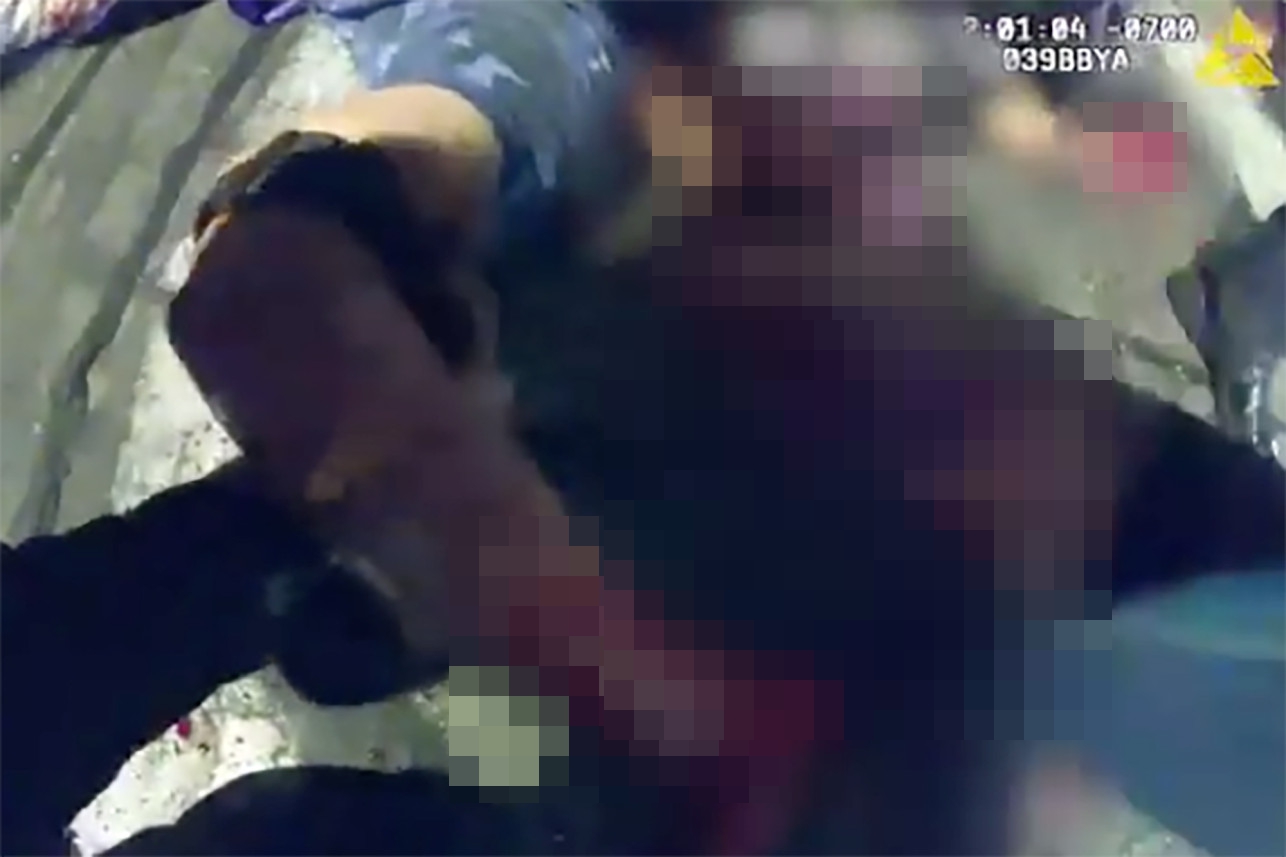 Sharing the video on Twitter, the LAPD said: "What starts as a night to celebrate champions… becomes an evening of chaos."

Violence erupted in downtown Los Angeles after the Lakers beat Miami Heat to end a decade-long wait for their 17th NBA title.

The LAPD had attempted to disperse a crowd outside the Staples Center, but the celebrations devolved into riots in which eight officers were hurt.

Some 76 people were arrested as fans and looters clashed with riot police late into the evening, reports the LA Times.

In the clip, which features bodycam footage and rousing music, the captions detail the chaos.

It reads Gonzalez, a former Army Ranger, had been “prepared to face the violence and restore order.”

But then it reads "in the blink of an eye this combat veteran becomes the guardian we train our officers to be".

Video shows the cop rushing to the stricken man – who has not been identified – and administering urgent first aid.

"I can’t feel my left arm," the injured fan screams.

While the footage is heavily pixelated, the graphic nature of his injures can be made out as what is left of his hand is covered in blood.

Gonzalez takes off his gloves and hands his weapon to another officer as he kneels down to help the man.

The hero cop tries to reassure him as he lifts his arm and wraps a tourniquet around it near the elbow.

He stays with him until paramedics arrive before passing care of the man to them.

In the video, Gonzalez says: "“Left hand is like… gone. Bleeding from the right hand, I couldn’t find the source.

"And then he has like a one-inch wound on his left groin that he’s holding a gauze on."

Last week, LAPD Chief Michel Moore said a dangerous explosive — with similar devices also being thrown at officers — injured the fan and “blew off most of his hands.”

Riot police were out in force as supporters paid tribute to Kobe Bryant after the 4-2 series win over Miami Heat.

LeBron James guided the La Lakers to glory in the epic 106-93 win, which came after the tragic death of Kobe Bryant.

It was the team's first win since Bryant helped them win the title in 2010.

Kobe and his daughter Gianna were killed in a helicopter crash along with seven others in January.

Fans chanted his name over and over going as they celebrated outside the Staples Centre.

Police horses were deployed to the scene, but the authorities struggled to keep control.

LA Mayor Eric Garcetti had urged fans to celebrate from their homes to make sure "all the progress we have made in our fight against Covid-19 isn't reversed from one night of celebration".

In an interview with KABC-TV Channel 7, Chief Moore blasted the city was "embarrassing ourselves in a sports celebration around the world". 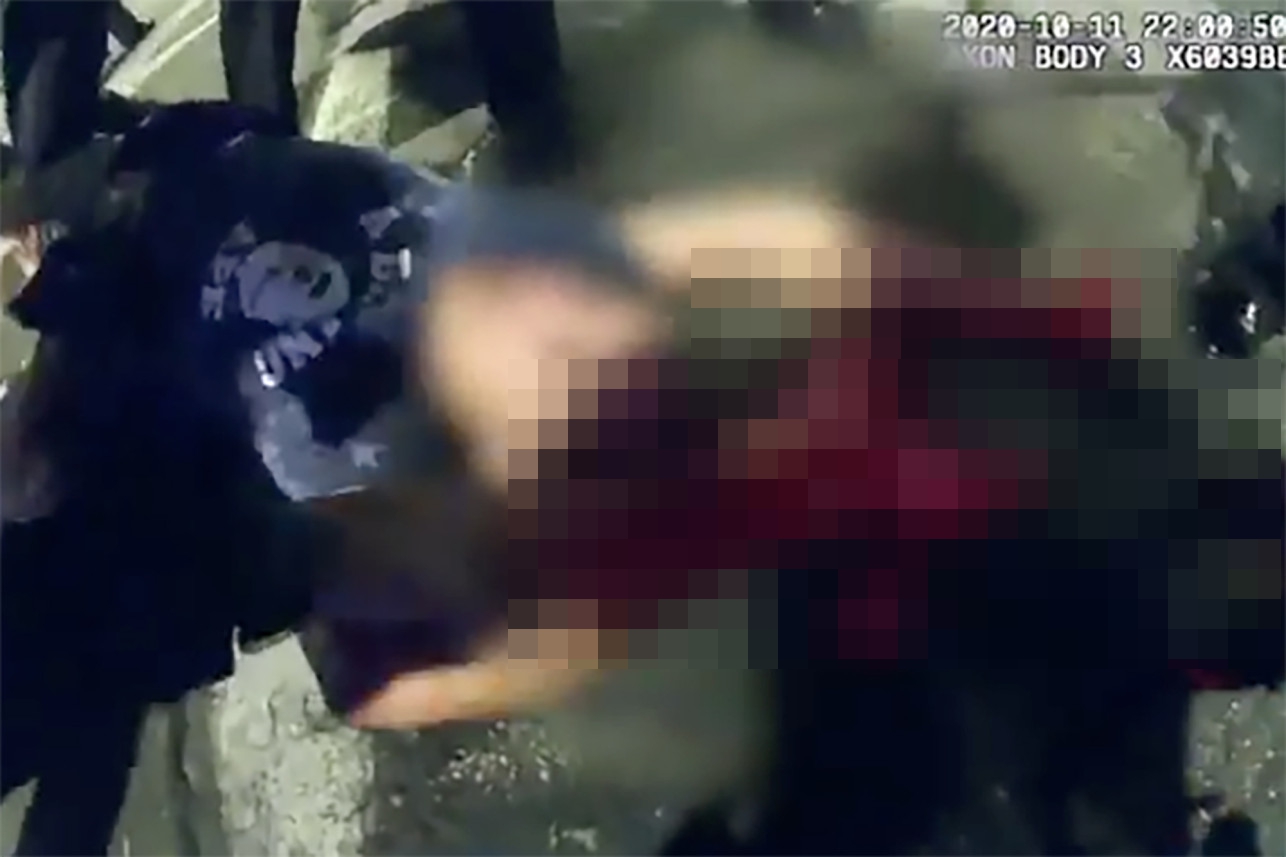 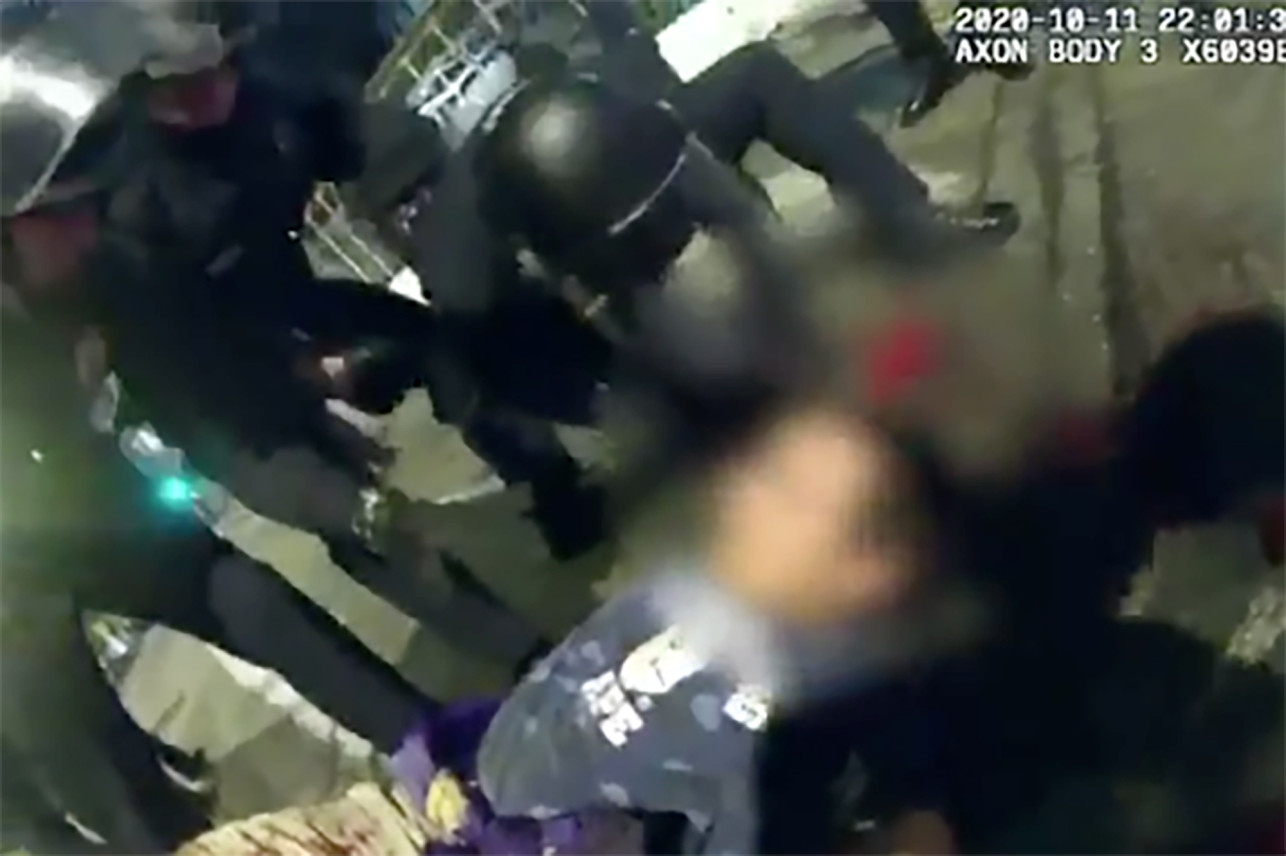