A HERO Brit fighting in Ukraine made a haunting final call before his unit was forced to surrender to Russian troops in the besieged city of Mariupol.

Former care worker Aiden Aslin, 27, contacted his family in the early hours and revealed they had run out of food and ammunition. 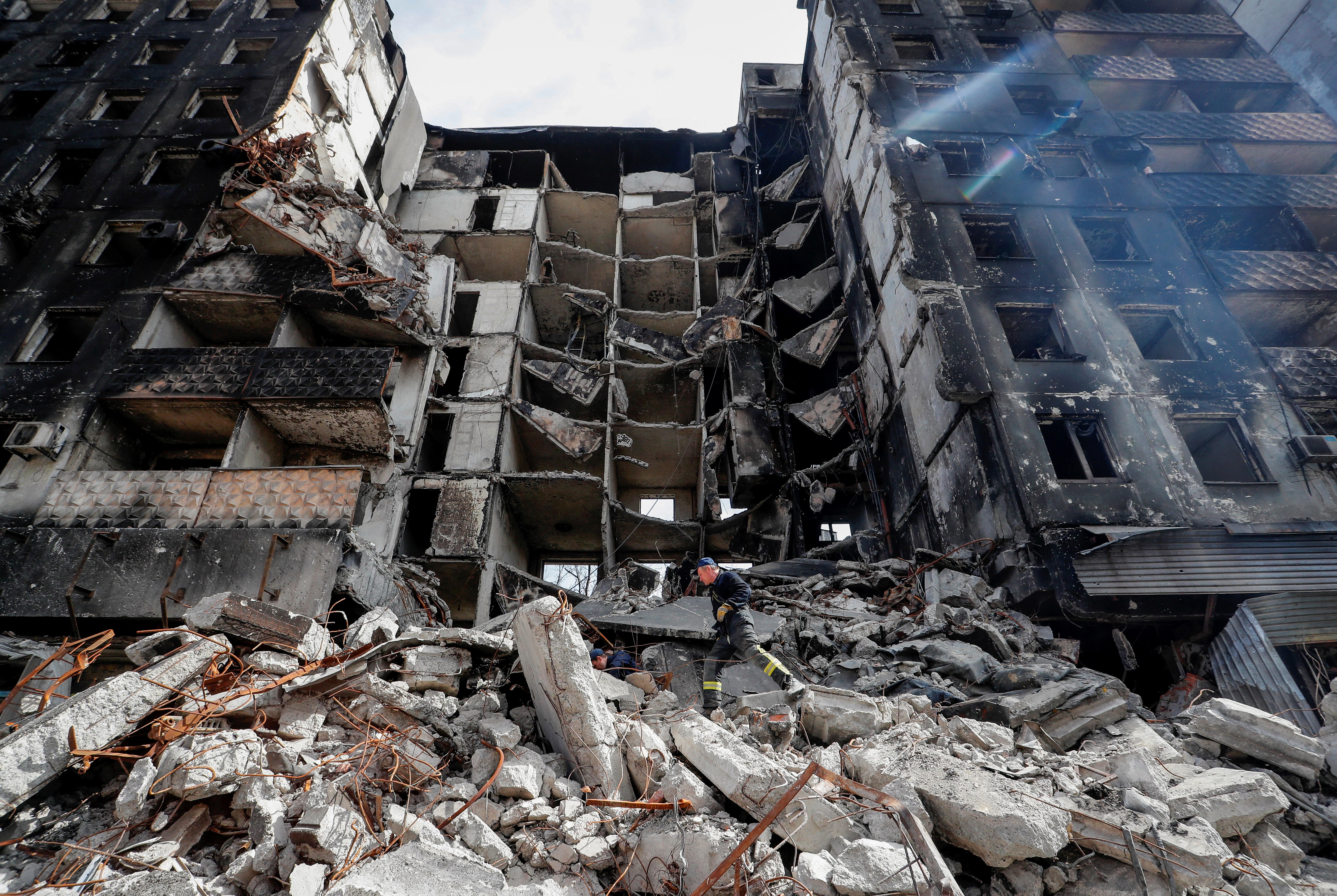 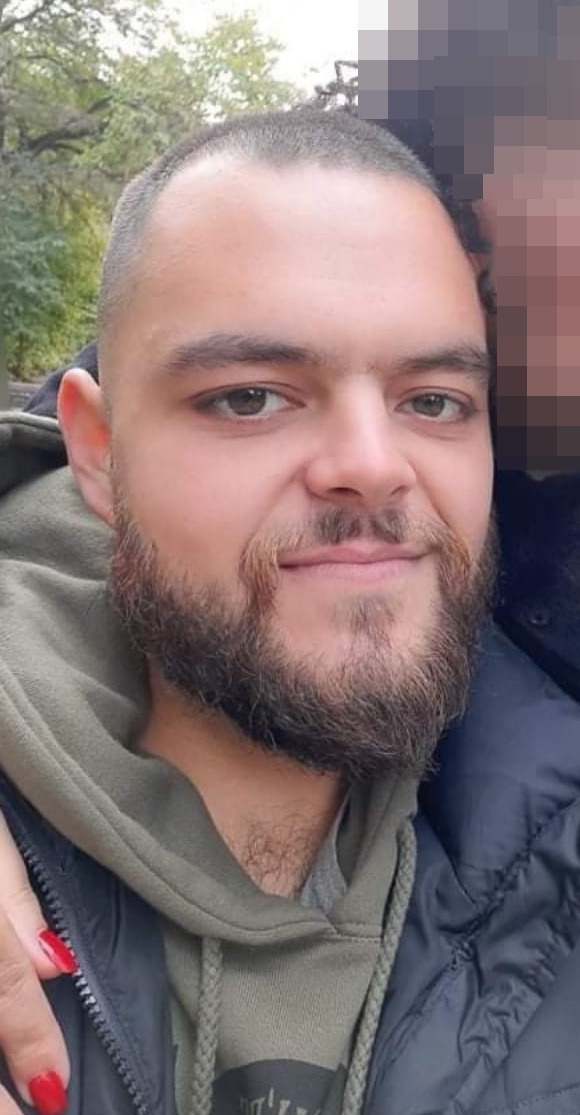 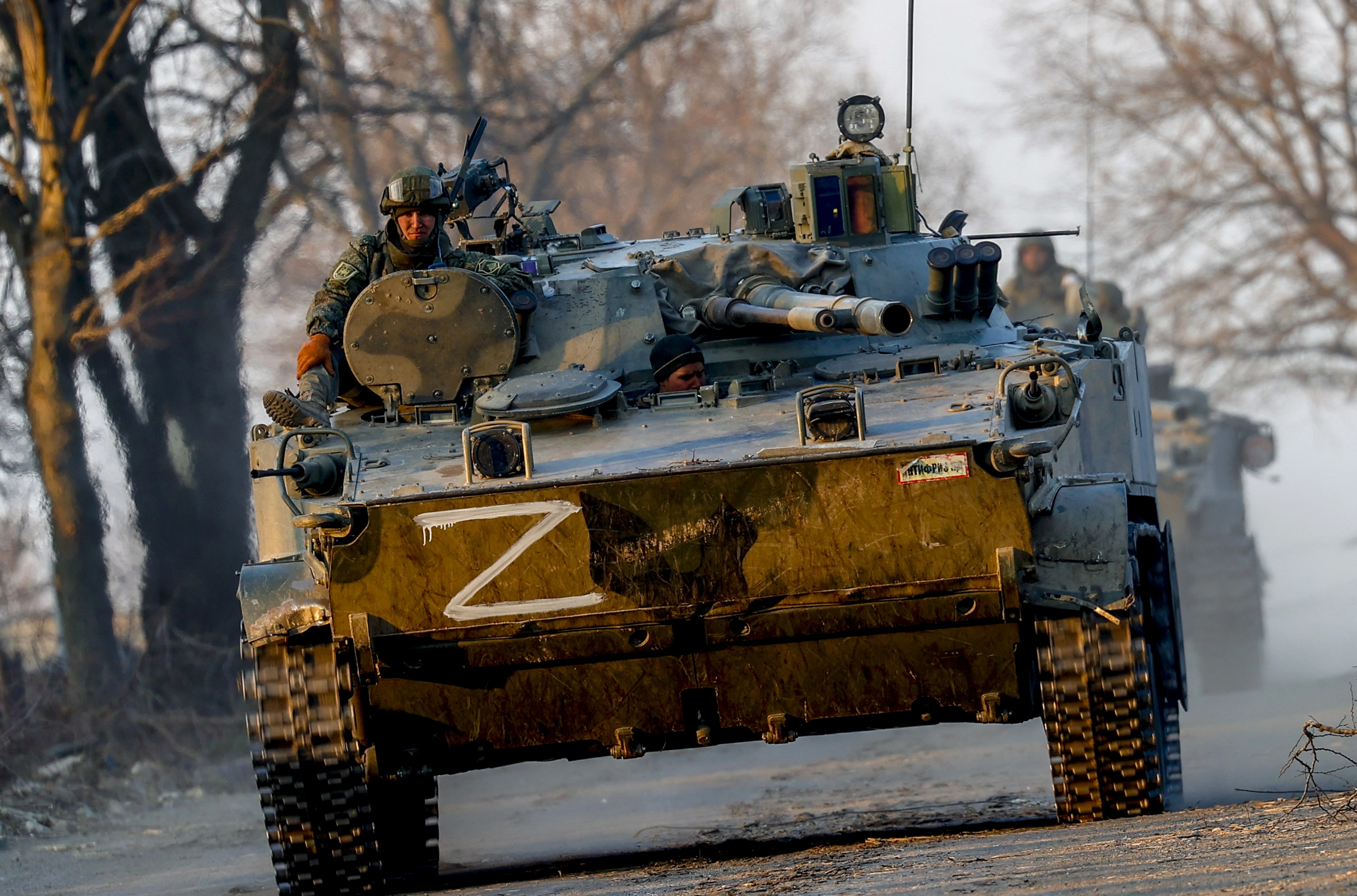 Brave Aiden from Newark, Nottinghamshire, who was serving with the 39th Brigade Ukrainian Marines and had previously fought Isis in Syria, said they were left with no other option.

He is likely to be used by Vladimir Putin's murderous regime for propaganda, but could eventually be released as part of a prisoner exchange.

In a snatched conversation before he and his unit were captured as PoWs he told one UK based pal: "It's been 48 days.

"We tried our best to defend Mariupol but we have no choice but to surrender to Russian forces. 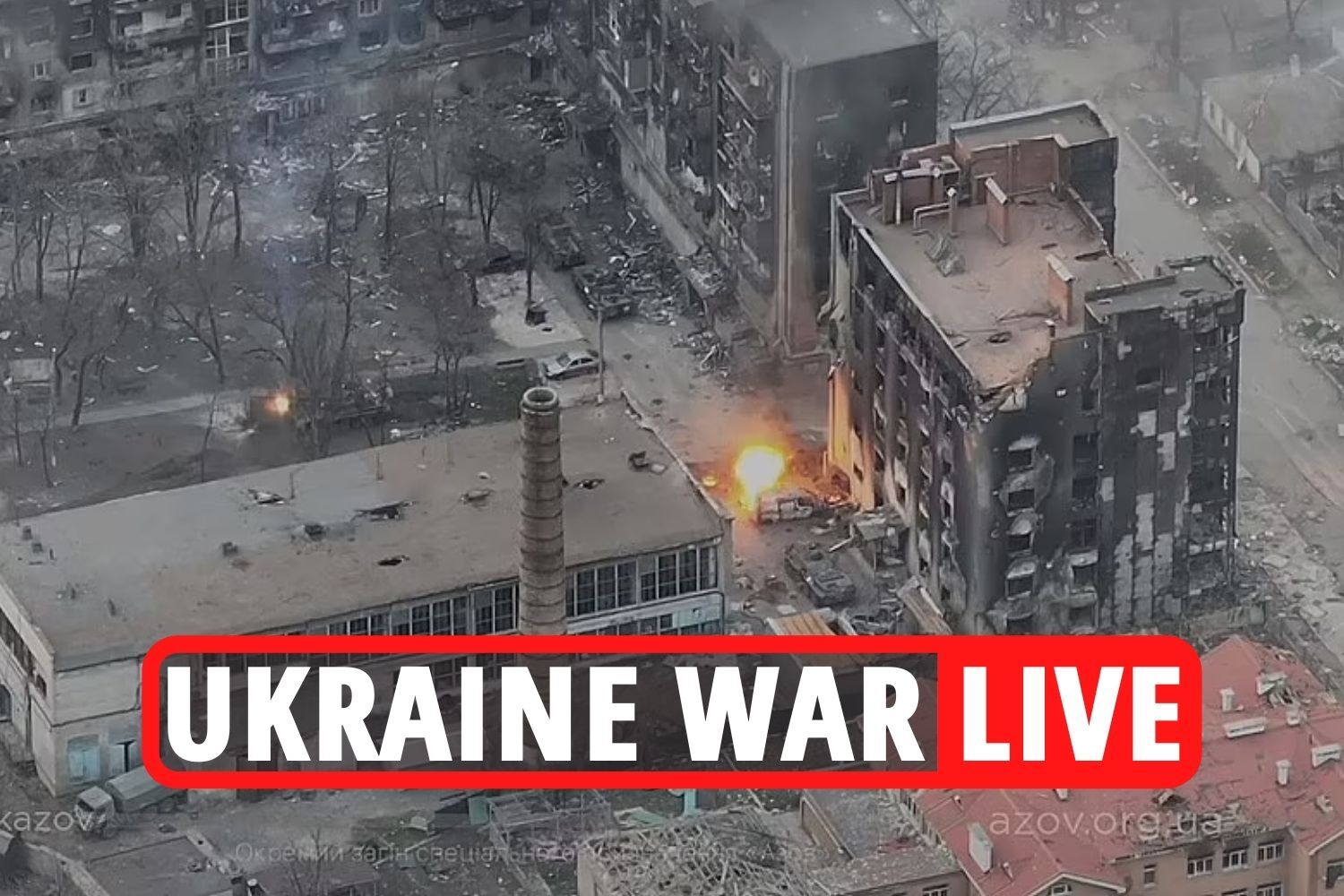 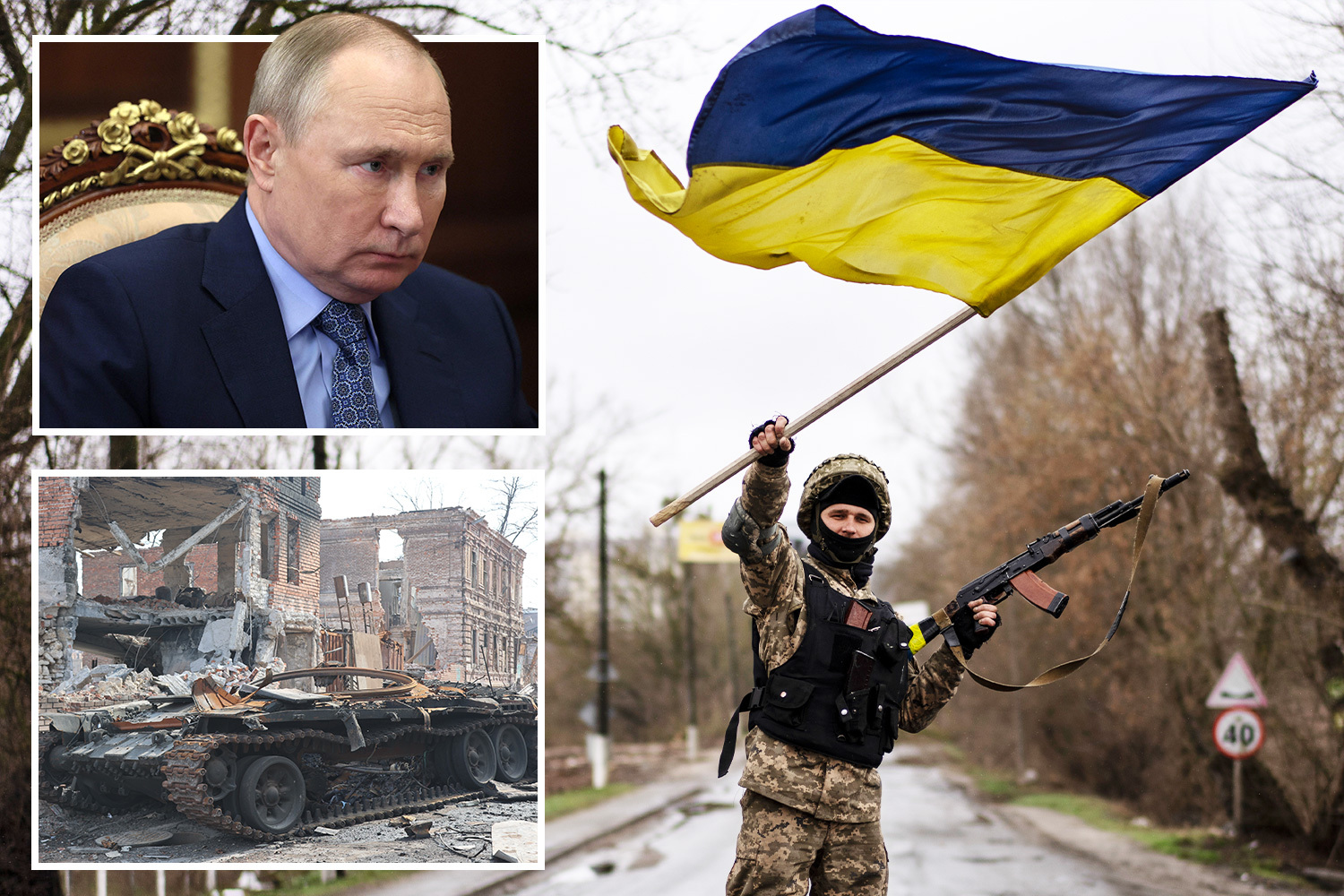 "We have no food and no ammunition. It's been a pleasure everyone, I hope this war ends soon."

In another call to a US-based pal he said he had been hunted by the Russian regime since the start of the war.

He said: "They're probably going to use me for bull**** propaganda."

In the recorded call he was asked if he had any civilian clothes to blend in as a humanitarian aid worker but says: "We already tried that and it didn't work.

"They're already looking for me anyway.

"I've been trying for like the past three weeks. It's going to be s***.

"Our commander is going to speak to the Russians soon. We've literally run out of ammunition."

Last night, Aiden's Nan, Pam Hull told The Sun: "We heard from Aiden in the middle of the night.

"I didn't believe it at first because he'd always said they would never surrender but they can't get out of there.

"They've tried all ways but not even the civilians can escape.

"I am desperately worried. Being British I guess Aiden would be a very useful prisoner for them to have.

"I would hope it will be done in a humane way and in accordance with international law but Putin does not have a reputation for being an honourable man so we worry what will happen now.

"This is more stressful than the time he spent in Syria. All we can do is pray for him."

Aiden serving with the 39th Brigade Ukrainian Marines has been posting videos from the frontline since the start of the war.

He told a pal: "It's been 48 days. We tried our best to defend Mariupol but we have no choice but to surrender to Russian forces.

"We have no food and no ammunition. It's been a pleasure everyone, I hope this war ends soon."

A source who spoke to him added: "He said he loves you all. He is strong in spirit and showed no weakness at all.

"Their commander will be meeting them soon. Please Lord have mercy."

Aiden volunteered to fight alongside Ukraine's heroic defenders in 2018.

'HOPING WE CAN HOLD OUT'

And the courageous Brit extended his contract as tens of thousands of Russians massed on Ukraine's border ahead of their bloodbath invasion in February.

He previously said he is praying for the West to end Russia’s “endless civilian bombings”.

He said the Russians had used artillery, missiles and Grad rockets and were carrying out airstrikes too.

Aiden, added: “I’m hoping we can hold out.

“Hopefully there might be some breakthrough attempt by the military from the other direction.”

In his last video from Mariupol Aiden, who was due to get married this month, confirmed he was still alive and in the war-torn city which has been razed to the ground. He has since wiped his Instagram account.

There are also fears for fellow Brit and ex-squaddie Shaun Pinner, 48.

He was videoed fighting alongside the Ukrainians at the start of the war.

Russian propagandists claimed he had been killed in Mariupol at the end of last month but sources told The Sun he had been injured and was in a field hospital.

Chris Garrett, who fought alongside Shaun in the Donbas in 2014, said: "He was wounded by shrapnel from a tank round in Mariupol and is in a military hospital.

"I'm told right now he's not dead and I trust the people who have told me. They're also British.

"I hope their information is right. It's entirely possible that the photocopy of his passport that the Russians were hawking around were looted from another place and used for propaganda." 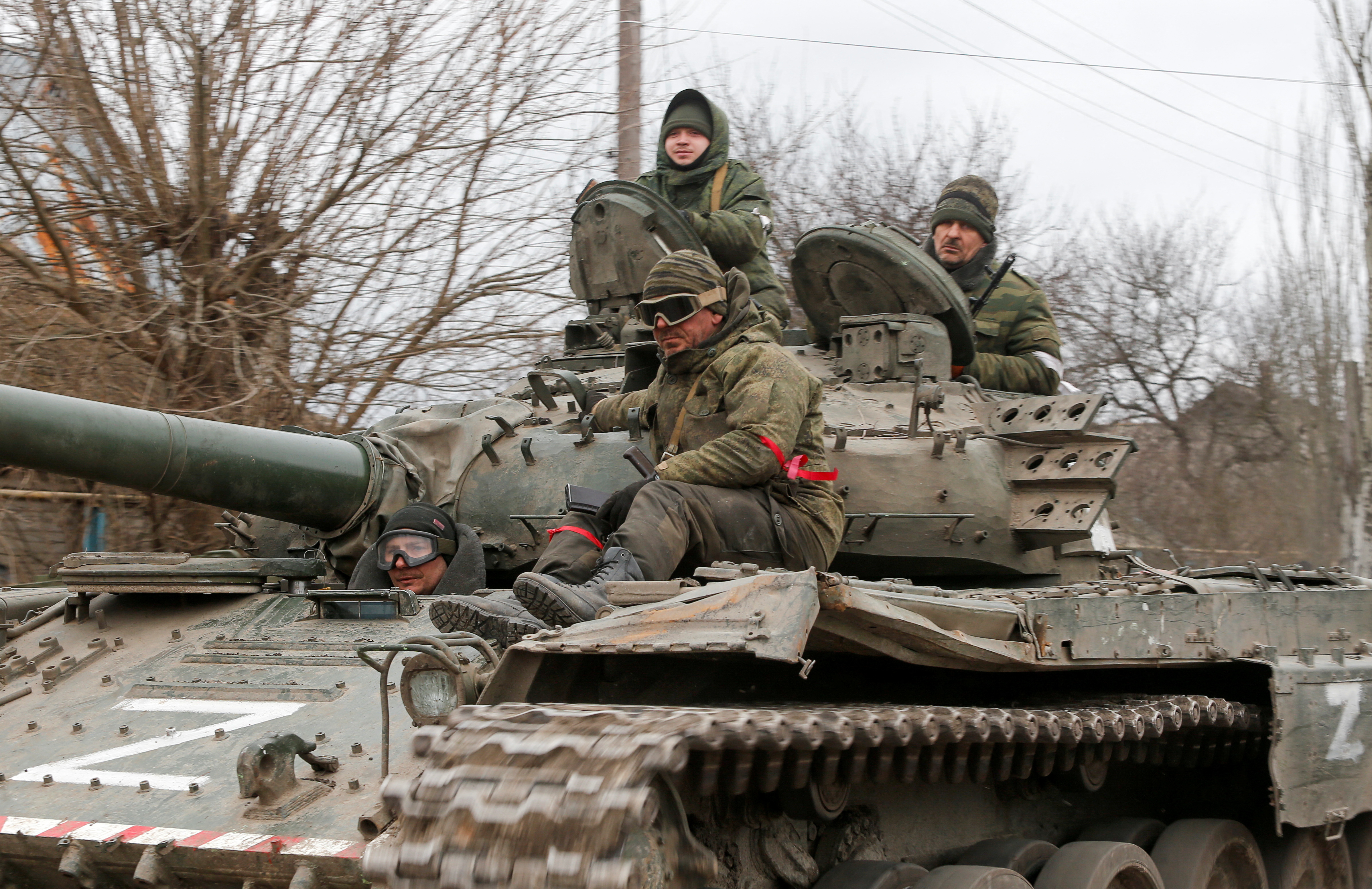 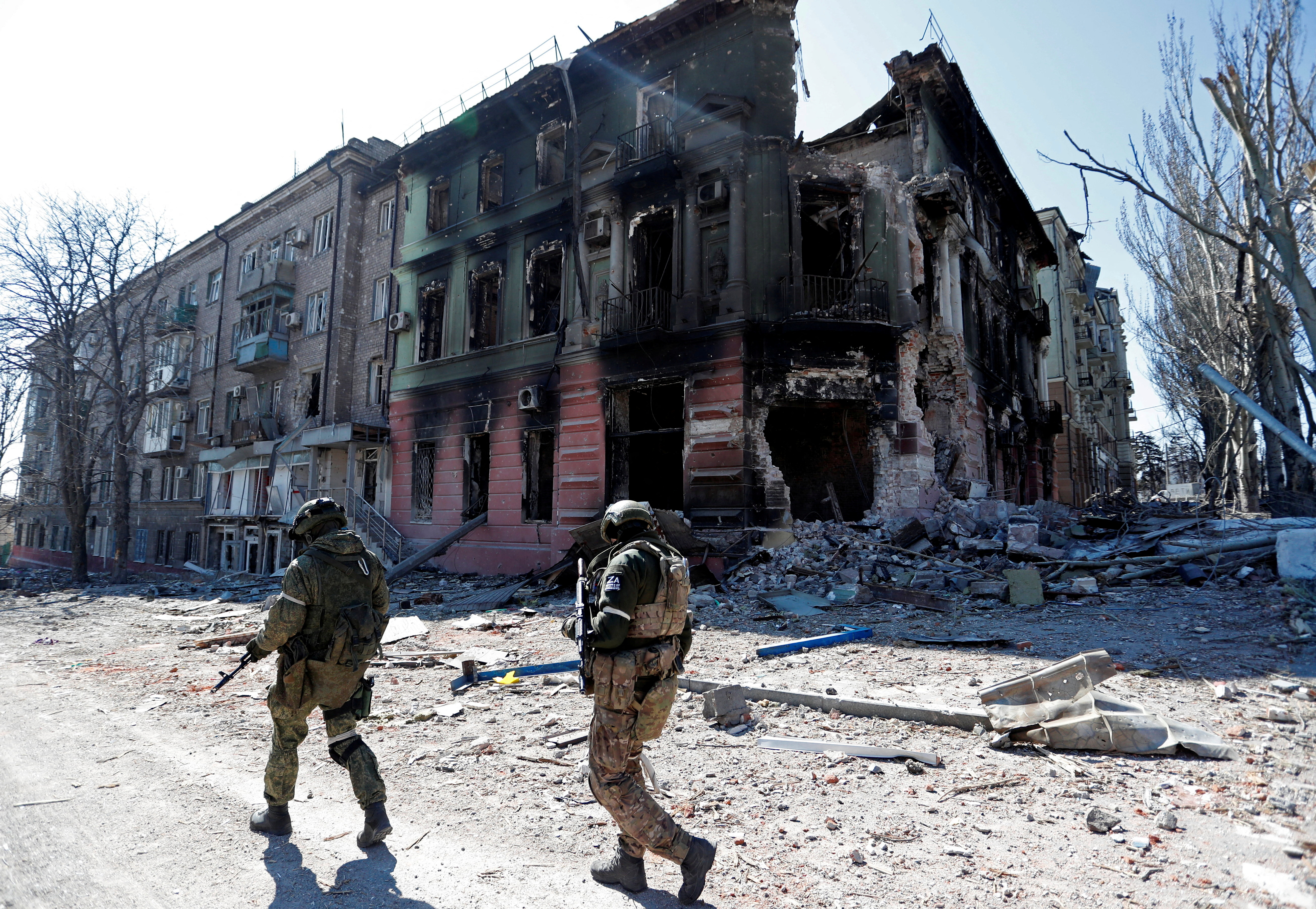 An ex-Army pal of Shaun, originally from Bedfordshire, admitted: “It doesn’t look good but we are just praying it’s Russian propaganda.”

Shaun, who moved to Mariupol four years ago to be with his second wife Larysa, said he fought with the Ukrainian army as a "contract soldier".

The ex-squaddie, who previously served in the Royal Anglian Regiment, is among a small contingent of UK nationals who have joined Ukrainian fighters on the frontline.

A friend of Shaun’s worried family told The Sun: "We’ve had no direct contact with him since February. There’s been no communication.

"It’s been really unclear about where he is and who he is with. Everyone is desperately concerned and just hoping that he is alive and well.

"We all want to know where this information on social media has come from. At the moment, we are just in the dark and hoping he is OK."

It comes as the fighting in Mariupol has intensified as the city is believed to be surrounded by Russian troops.

Ukrainian marines said on a Facebook post they are preparing for a "last battle" to defend the city's port.

The 36th marine brigade's statement said: “For more than a month, the Marines fought without refilling ammunition, without food, without water, almost a lacquer from the puddle and died in packs.

“Today will probably be an extreme fight… Further is death for some, but captivity for others,”the statement read adding that forces had been defending the port for 47 days and "did everything possible and impossible" to reclaim the city.

Denis Pushilin, who heads the breakaway Ukrainian territory of Donetsk, later said: "Regarding the port of Mariupol, it is already under our control."

Ukrainian forces in Mariupol were "surrounded and blocked" according to Myhaylo Podolyak, an official from President Volodymyr Zelensky's office.

But on Monday the army insisted that "the defence of Mariupol continues".

"The connection with the units of the defence forces that heroically hold the city is stable and maintained," the Land Forces of Ukraine wrote on Telegram.

The city's mayor Vadym Boychenko said the death toll could surpass 20,000 and accused Russian forces of having blocked weeks of attempted humanitarian convoys into the city in part to conceal the carnage.

Meanwhile, Russia has been accused of using chemical weapons in Mariupol which could be a red line for the West to send in forces.

Foreign Secretary Liz Truss said the UK and other allies were "working urgently" to verify the claims and warned: "Any use of such weapons would be a callous escalation in this conflict and we will hold Putin and his regime to account."

The UK Ministry of Defence has previously suggested Russia could turn to the use of deadly phosphorus bombs amid attempts to break resistance in Mariupol.

Ronaldo ‘assaulted’ my son, 14, then acted like we owed HIM a favour

White phosphorus bombs have already been used over Kyiv and against troops in the east of the country, Ukrainian sources said.

Up to 90% of the city, home to 400,000 before the war, has been destroyed or damaged after a month of heavy shelling, according to Ukrainian authorities. 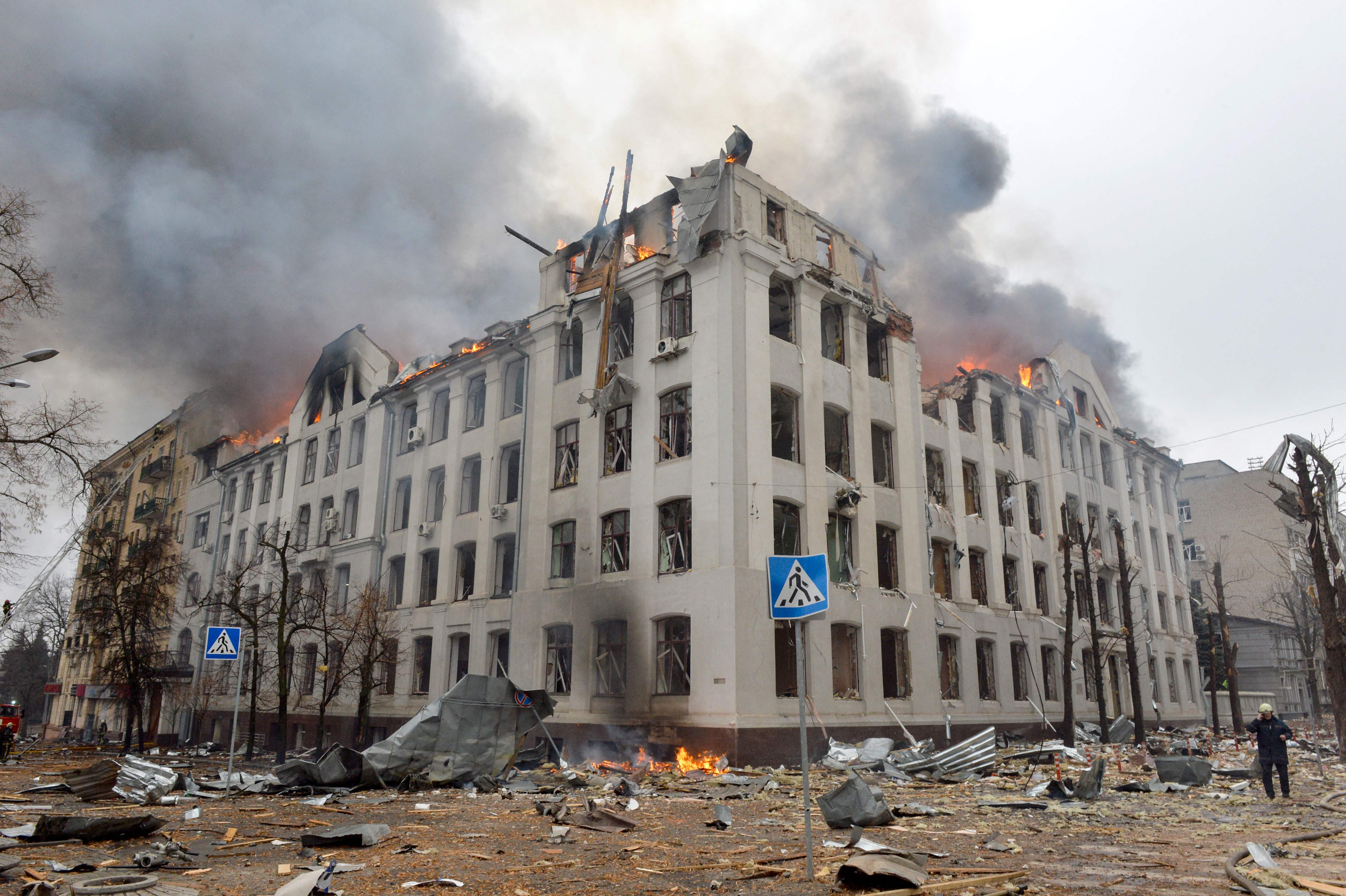