KGMB reported the glow of the eruption could be seen as far away as the Canada-France-Hawaii Telescope at the summit of Mauna Kea – the highest point in the state of Hawaii. 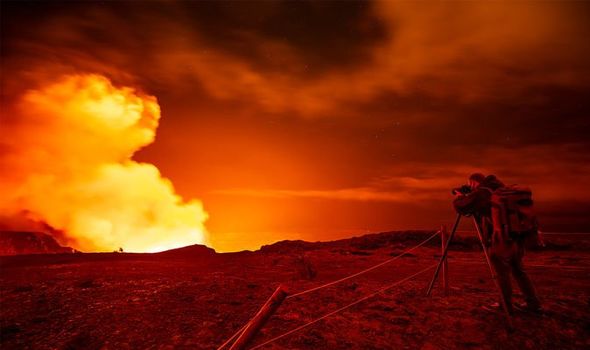 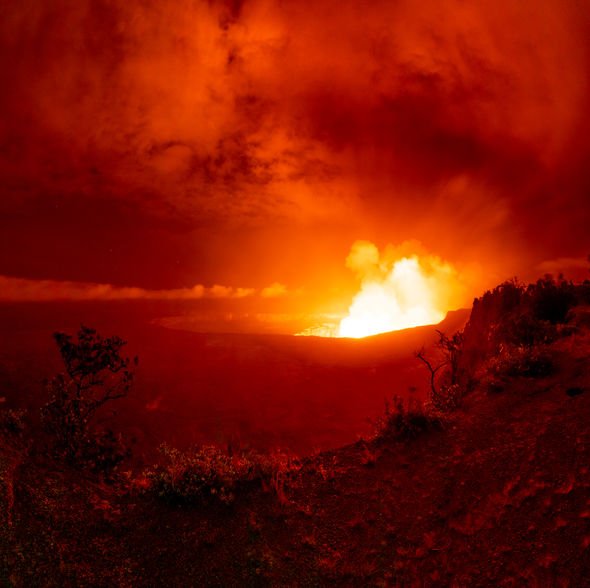 The HVO reported “weak to light shaking” was felt across the island of Hawaii as a result of the quake.

A WATCH alert level and an aviation ORANGE colour code has now been issued.

Over the past 10 hours, HVO have reported fountaining lava from three fissure vents on the north and northwest walls of Halemaʻumaʻu crater.

The lava fountains from these vents are estimated to reach up to 82ft in height. 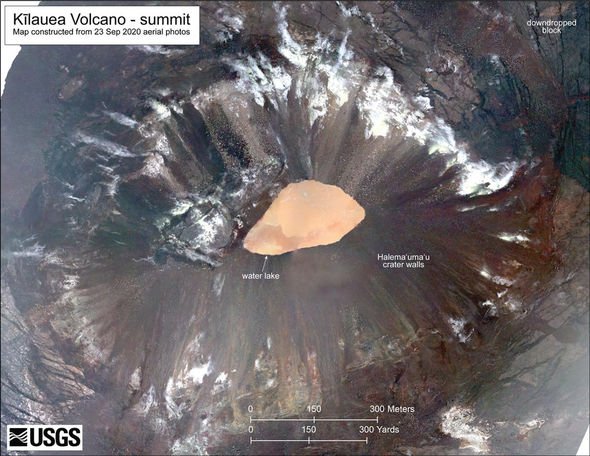 The latest USGS report from the Hawaii Volcano Observatory (HVO) states a lava lake is growing at the base of the crater as a result of the fountains.

“The eruption is currently confined to Halemaʻumaʻu crater.” 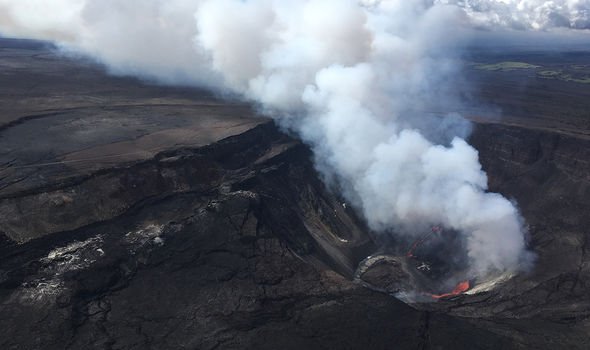 The lava lake surrounding the volcano has been rising “approximately several metres” per hour since the start of the eruption.

The lava lake has been described by the HVO as exhibiting a “circular perimeter” but a “stagnant centre”.

The Kilauea volcano is located within the Hawaii Volcanoes National Park.

Kilauea has erupted 34 times since 1952 and is the youngest and southeastern most volcano on the island of Hawaii.

Kīlauea Volcano had “maintained a low level of non-eruptive unrest since the end of the 2018 lower East Rift Zone eruption and summit collapse”, according to the HVO.