US President Joe Biden blasted former President Donald Trump, pointing out how he was able to work during his recovery from coronavirus while Mr Trump was hospitalised, suffering from side effects. Both politicians are expected to launch their bid to run for President again in 2024 in a repeat of the 2020 presidential election. However, doubts are mounting over Joe Biden’s ability to run given his advanced age and dwindling approval ratings among his own Democratic Party.

Speaking from the White House, Joe Biden slashed: “Bottom line. When my predecessor got Covid, he had to get helicoptered to Walter Reed Medical Center.

“He was severely ill. Thankfully, he recovered.

“When I got Covid, I worked from upstairs at the White House and the offices upstairs, and for a five-day period.

“The difference is vaccinations, of course. But also, three new tools are free to all and widely available.

“You don’t need to be President to get these tools to use for your defence.” 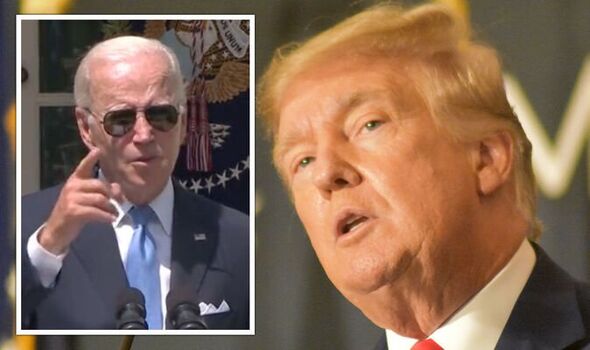 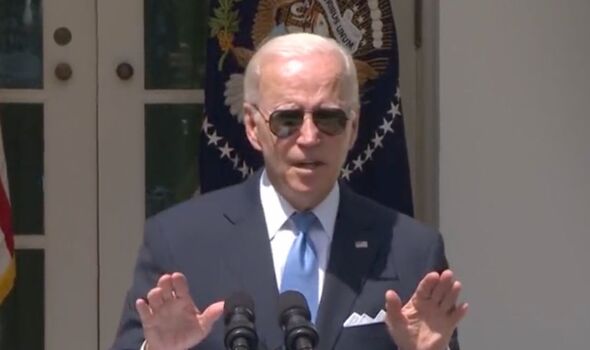 “My administration has made sure that all Americans across the country from all walks of life have free access to those tools.”

The American President is facing an uphill battle to restore trust with voters ahead of the November midterm elections and the presidential election in 2024.

President Biden has seen his approval numbers crumble among the Democratic Party and the general public. 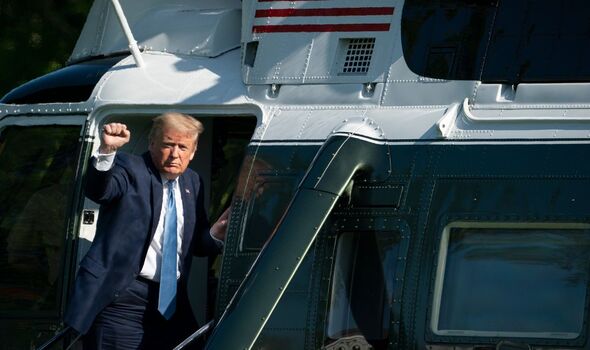 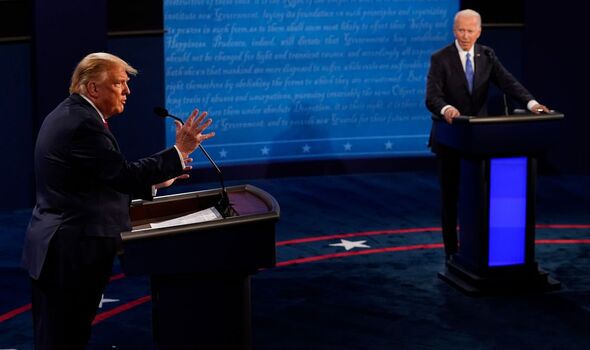 The overarching reason for the downfall is inflation which has risen to a 40-year high and left millions of Americans struggling to make ends meet amid rising food, housing, and gas prices.

The two likely candidates for another run in 2024 – Donald Trump and Joe Biden – have both hinted at a potential rerun. 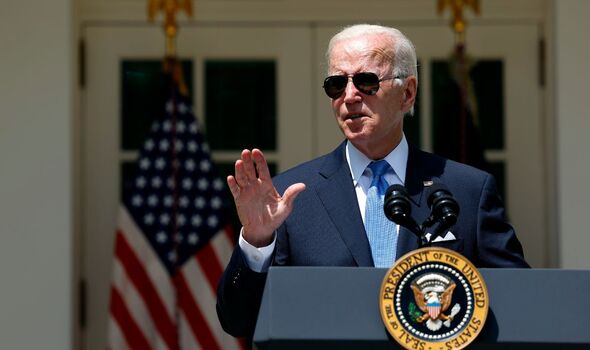 Asked whether he will seek re-election last December, Joe Biden said: “Yes,” but then added, “I’m a great respecter of fate. Fate has intervened in my life many, many times. If I’m in the health I’m in now, in good health, then in fact I would run again.”

Donald Trump, for his part, has kept the mystery alive in an interview with New York magazine in early July.

“In my own mind, I’ve already made that decision,” he said, adding he will make his decision before or after this year’s midterm elections in November.

The Premise poll found a tie between the two potential presidential nominees if there were to face off again in 2024.