A disabled man on a mobility scooter was knocked over and pushed along the road by a hit-and-run van driver in shocking footage.

As the scooter driver reaches the middle of the road, a white van suddenly turns right and smashes into him. 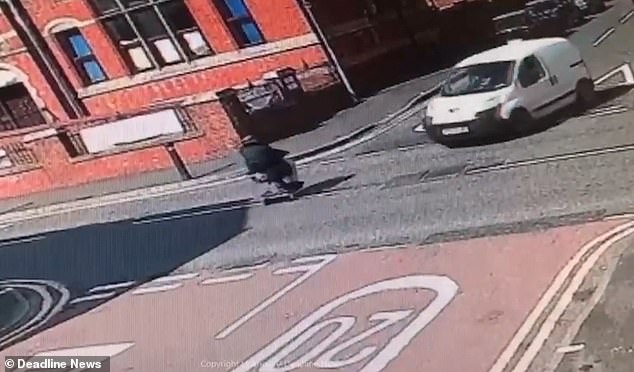 The sudden impact knocks the man sideways as he is shunted along the road before being thrown from the scooter onto the ground.

His walking stick and scooter are sent flying as he ends up lying in a crumpled heap beside the pavement.

After the shocking collision, the van driver get out the vehicle to check on the victim before scarpering back to his vehicle and speeding away.

Passersby gather round to help the elderly man who was taken to hospital with minor injuries. 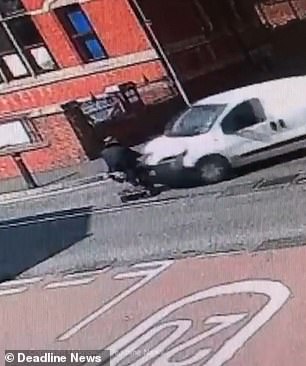 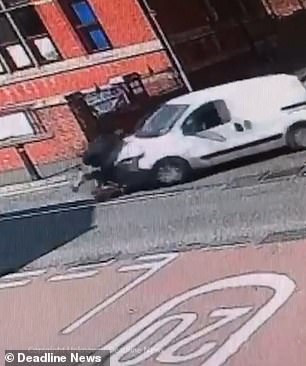 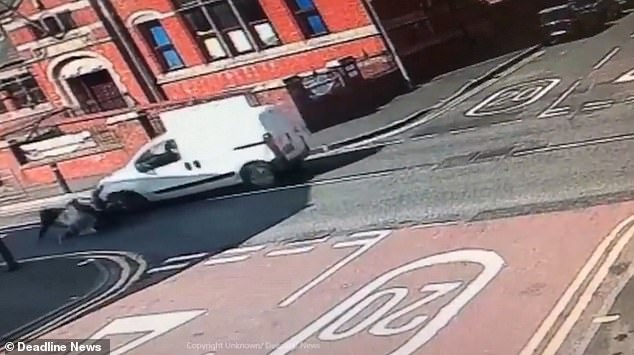 The incident is believed to have been filmed on Sunday and was uploaded online.

It was captioned with: ‘Help find this culprit. Shouldn’t be on the road for driving. Ban for life.’

A spokesman for Greater Manchester Police said: ‘Police were called just after 1.35pm to a collision between a mobility scooter and a white Peugeot van on Sunday March 31.

‘Investigations are currently on going and so far there has been no arrest.’

The spokesman added that the rider of the mobility scooter was taken to hospital but was found to have suffered only minor injuries. 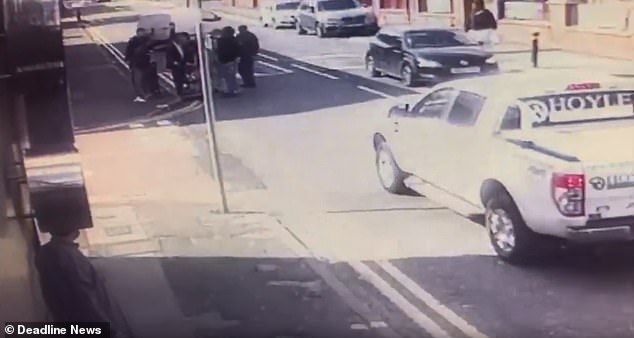