Scientists, from RMIT University in Australia, trained the tiny creatures in around two hours, suggesting that bees have a unique cognitive ability similar, to that of humans.

The study, published in Proceedings of the Royal Society B, follows previous research last year that bees can understand the concept of zero.

The research presents another demonstration that other creatures have numerical ability – though of course not to the same extent as humans.

In the experiment, the team put bees into a three-pronged maze that had sweet nectar on one end and a bitter quinine, used to make tonic water, on the other.

They marked the individual honeybees for easy identification and lured them into the specially designed apparatus. 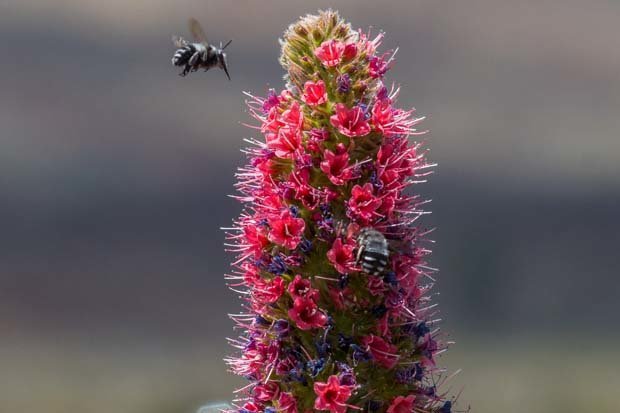 One group of bees were trained to match a symbol with a specific number of elements.

The second group was trained to do the opposite, matching a number of elements to a symbol.

The bees were shown these symbols or elements prior to entering the maze.

When they got inside the chamber, they were presented with these symbols or elements with the choice of two routes.

The insects then had to match the symbol to the number of elements or vice versa – which resulted in entering the chamber with the nectar reward.

For example, if a bee saw the symbol for the number three outside of the maze, the bee needed to locate the room designated by a sign containing three objects, such as three stars.

If they failed, they were punished with the bitter quinine. 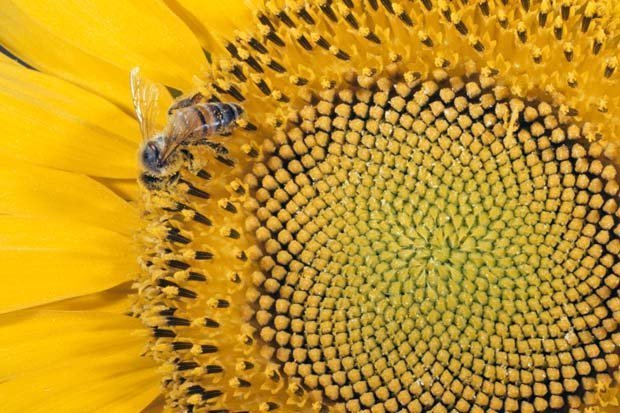 After around 50 trials, the bees from both groups were succeeding at finding the nectar between 80 and 90 per cent of the time.

“Bees in both groups demonstrated significant learning over the course of the trials to match either signs to numerosities or numerosities to signs, demonstrating that bees learnt the two signs had corresponding matching quantities associated with them,” the authors wrote in the study.

The research gives scientists further clues into why bees are such good foragers and so adept at making complex hives.

Scientists have already shown that animals like chimps, monkeys, pigeons, and parrots can learn to use symbols to represent numbers. This capacity, however, had not been demonstrated in insects, until now.

“Our results show honeybees are not at the same level as the animals that have been able to learn symbols as numbers and perform complex tasks,” said Scarlett Howard, one of the authors.

The study demonstrates that relatively small brains can learn symbolic representations and proves that bees have the capacity to learn human symbolic language.

Lead researcher Dr Adrian Dyer says that the discovery could lead to exciting new pathways for future communication across species.

“We take it for granted once we’ve learned our numbers as children, but being able to recognise what ‘four’ represents actually requires a sophisticated level of cognitive ability,” he said.

“Humans have over 86 billion neurons in our brains, bees have less than a million, and we’re separated by over 600 million years of evolution.

“Discovering how such complex numerical skills can be grasped by miniature brains will help us understand how mathematical and cultural thinking evolved in humans, and possibly, other animals.”