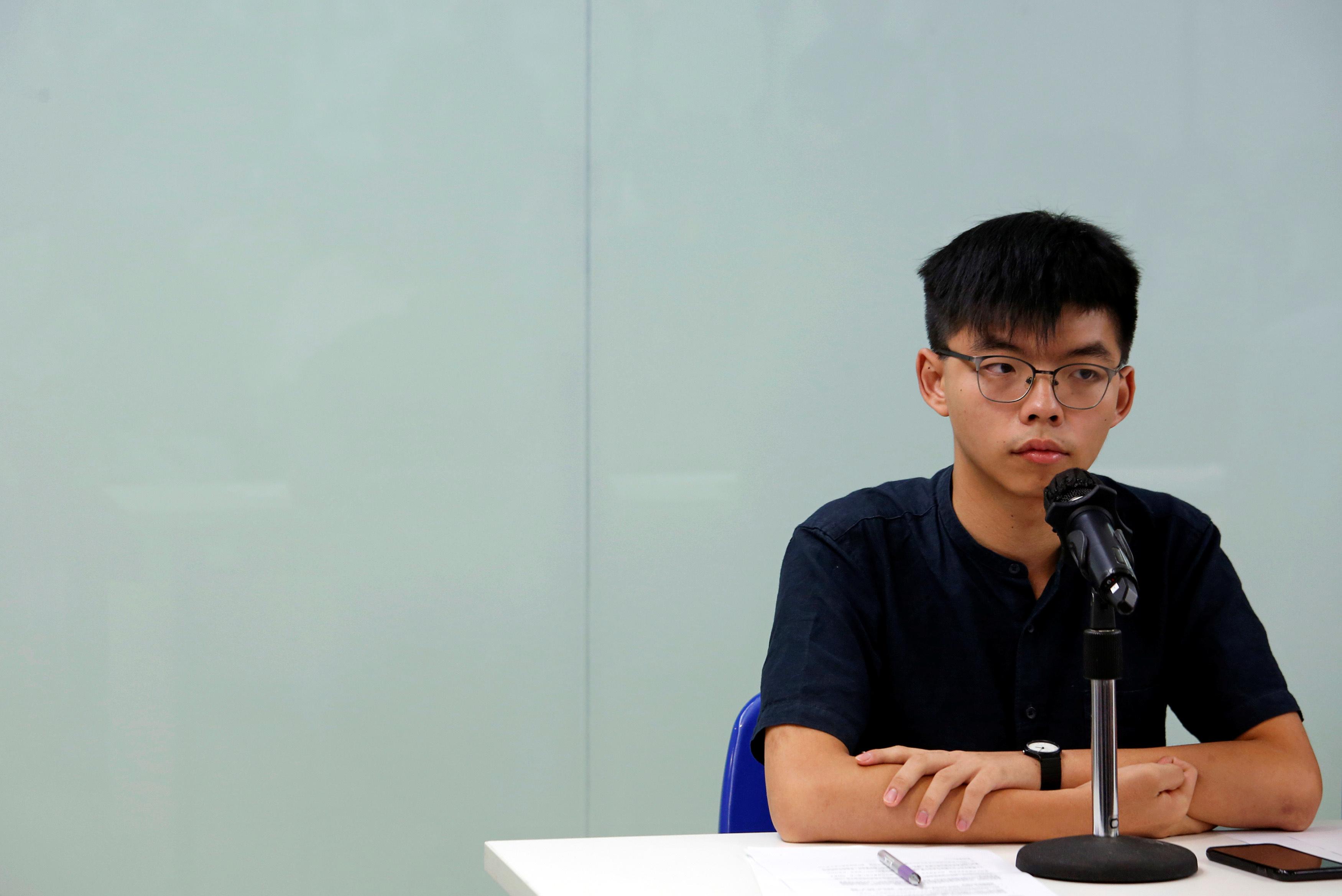 HONG KONG (Reuters) – One of the young leaders of Hong Kong’s 2014 “Umbrella” street protest movement was sent back to jail on Thursday after losing an appeal against a contempt of court sentence.

Joshua Wong was sentenced to three months in jail in January last year for disobeying a court order and not leaving a protest zone during the pro-democracy rallies that blocked major roads in the Chinese-ruled city for months.

The Court of Appeal upheld the conviction but reduced his jail sentence to two months.

Wong, 22, served six days of the sentence before being released pending his appeal.