HORRIFIED shoppers were allegedly pelted with eggs by a man accused of injecting food with a mystery substance at Tesco, Sainsbury's and Waitrose.

Three supermarkets in Fulham, West London, were locked down last night after a shopper allegedly used a "number of needles" to contaminate food in the shops. 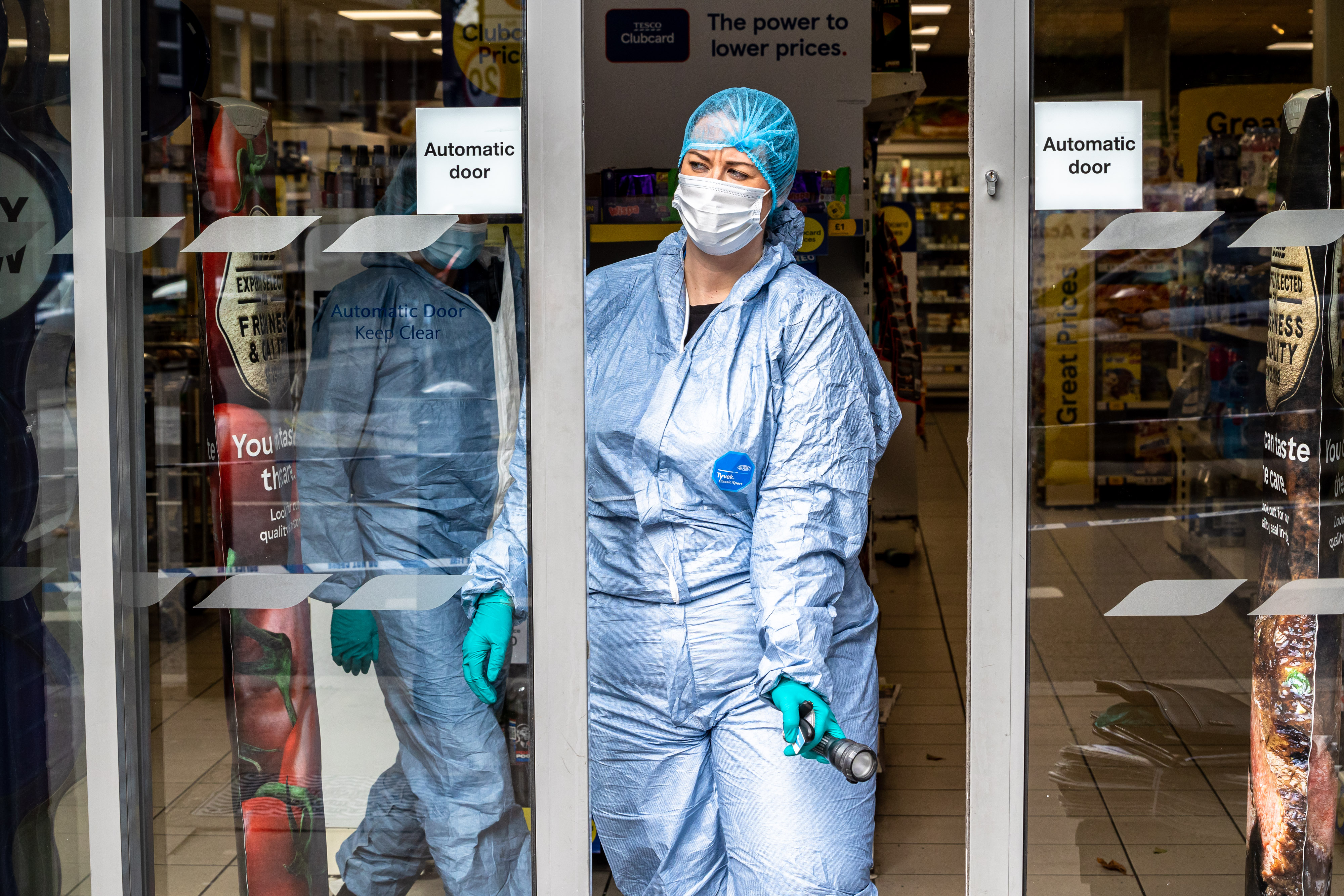 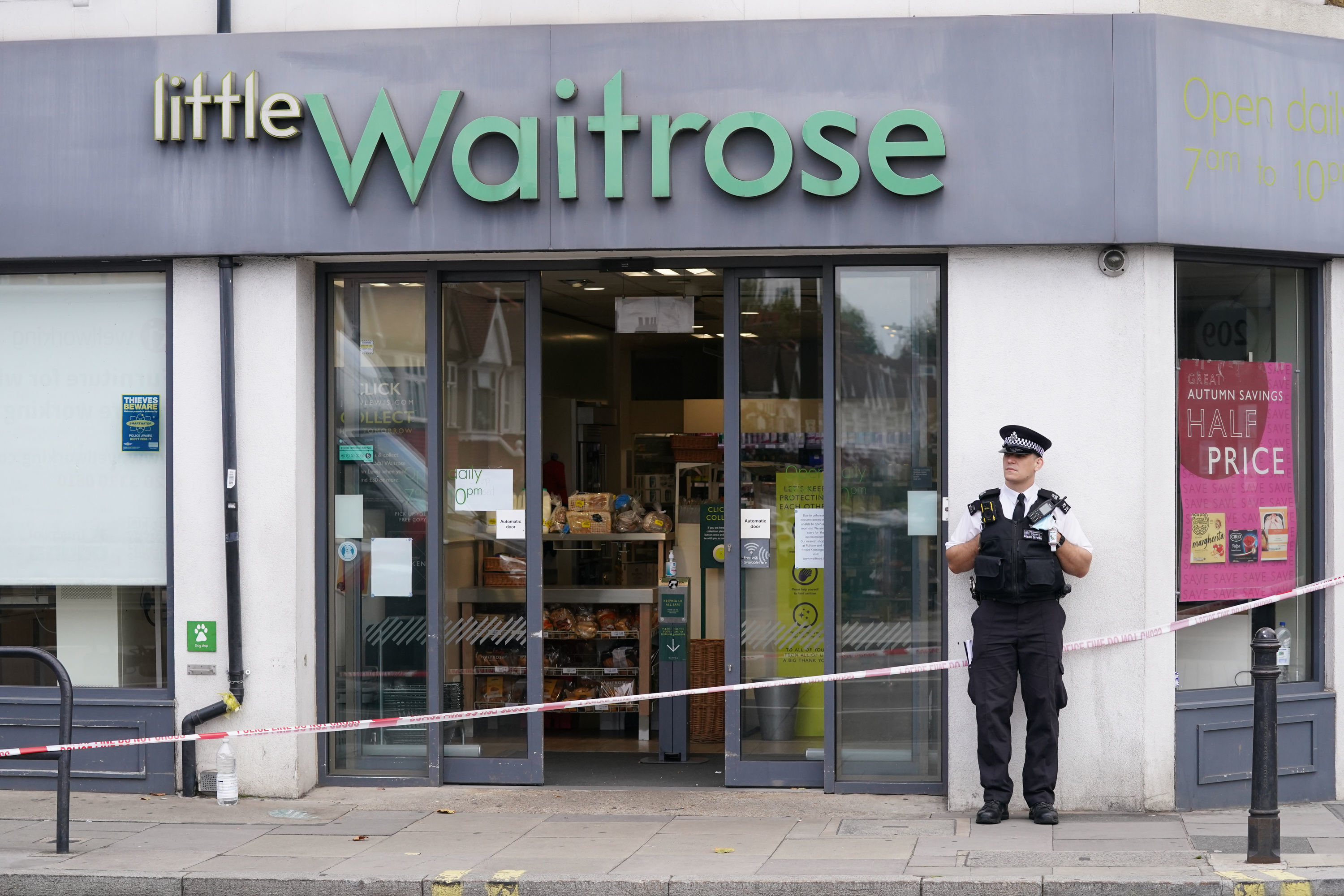 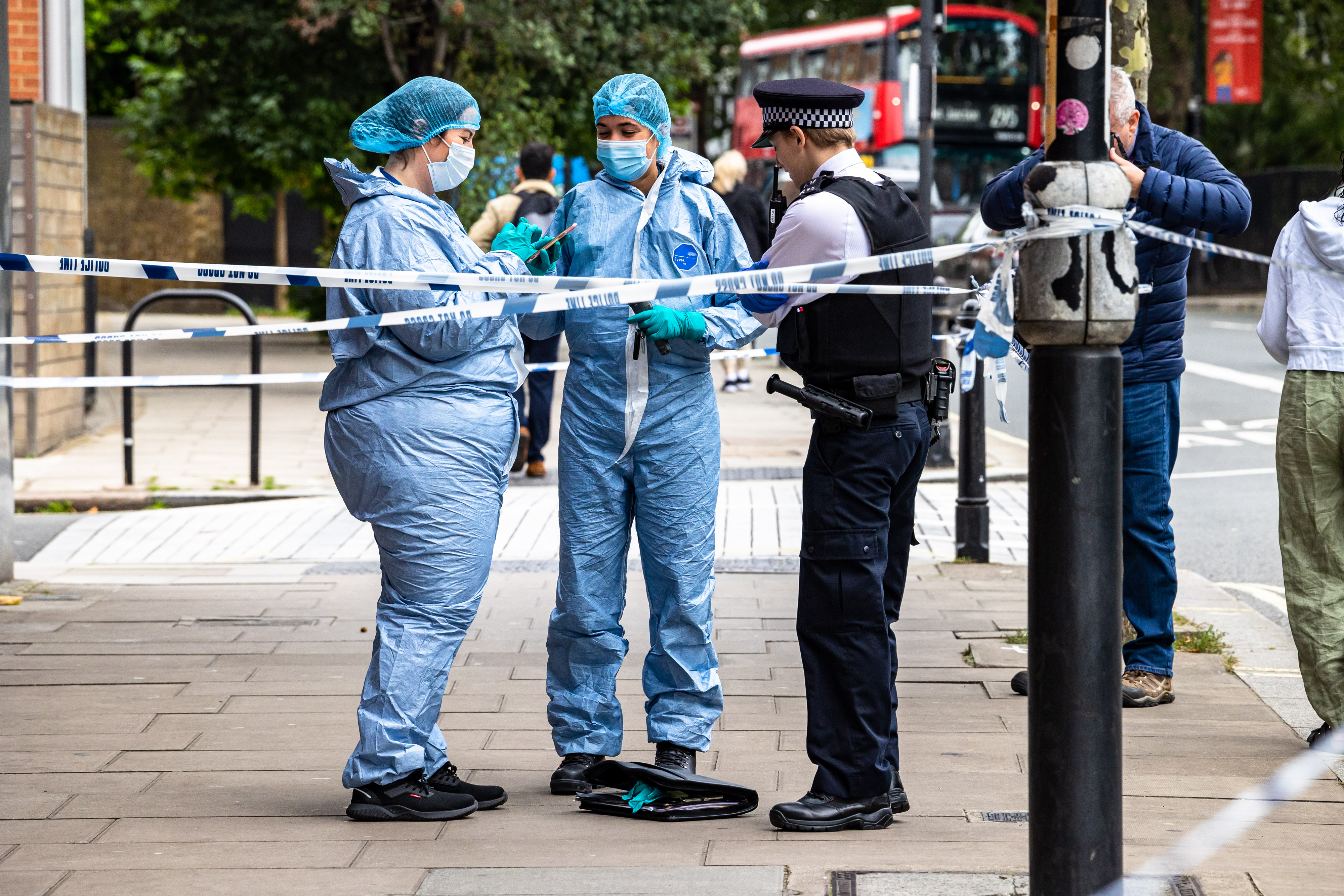 Shoppers were told to stay clear of the area – and they were also urged to bin any food they had bought from the stores yesterday evening.

Hammersmith and Fulham Council said the Met Police had arrested a man on suspicion of contaminating food after the ordeal.

Police were called after a man was reported to be shouting abuse at people in the street – and one shopper said that he pelted eggs at her in Sainsbury's.

One regular shopper, who works down the road but asked not to be named, said she was in the store shortly before the man was arrested.

She told how the man "had a go" at her after getting into an "altercation with a security guard" in the shop.

She said he threw eggs at her shortly before 8pm.

Some locals said it was “meat” being injected in the supermarkets – as well as other food.

Boots worker Sandy said: “It is really scary, to be honest.

“We buy our lunches in there [Tesco]. I went in today and I couldn’t get in.”

Megan, 26, added: “Sainsbury’s was closed, there were police and they were turning people away. It is quite scary.”

Hammersmith and Fulham Council said processed meat and microwaveable products are believed to have been affected.

People living in the area have been left "shocked" that the alleged contamination happened at their local supermarkets.

Jessica Nilson, 33, a disability support worker, said: "I live right around the corner and I had no idea that any of this had happened.

Did you buy any items from the affected supermarkets in Fulham, West London yesterday? Let us know and email [email protected]

"I don't believe that anyone could go round and jab poison or whatever it is into ready meals.

"I shop from here all the time, I haven't heard of anyone getting sick recently. There are some messed up people in the world."

Nick Pattison, 50, who works in the tourism industry, said: "I am absolutely shocked and appalled at the idea of someone contaminating food.

"It's terrible it's happened here."

In a statement this morning, Met Police said: "Police have arrested a man in Hammersmith and Fulham on suspicion of contamination of goods with intention of causing public harm or anxiety after foodstuffs at supermarkets were injected with needles.

"Officers were called at around 19:40hrs after a man was reported to be shouting abuse at people in the street.

"The man is reported to have gone into three supermarkets in Fulham Palace Road SW6 and injected foodstuffs with a number of needles.

"The food items affected are believed to be processed meat and microwaveable products. It is currently unknown as to how many items have been contaminated, or what with.

"Investigations are on-going to establish if other businesses in the area are involved in the incident.

"The Local Authority Environmental Health team have been informed and are working with the supermarket branches affected.

"Members of the public are advised as a precaution to dispose of any food items bought from these supermarkets this evening." 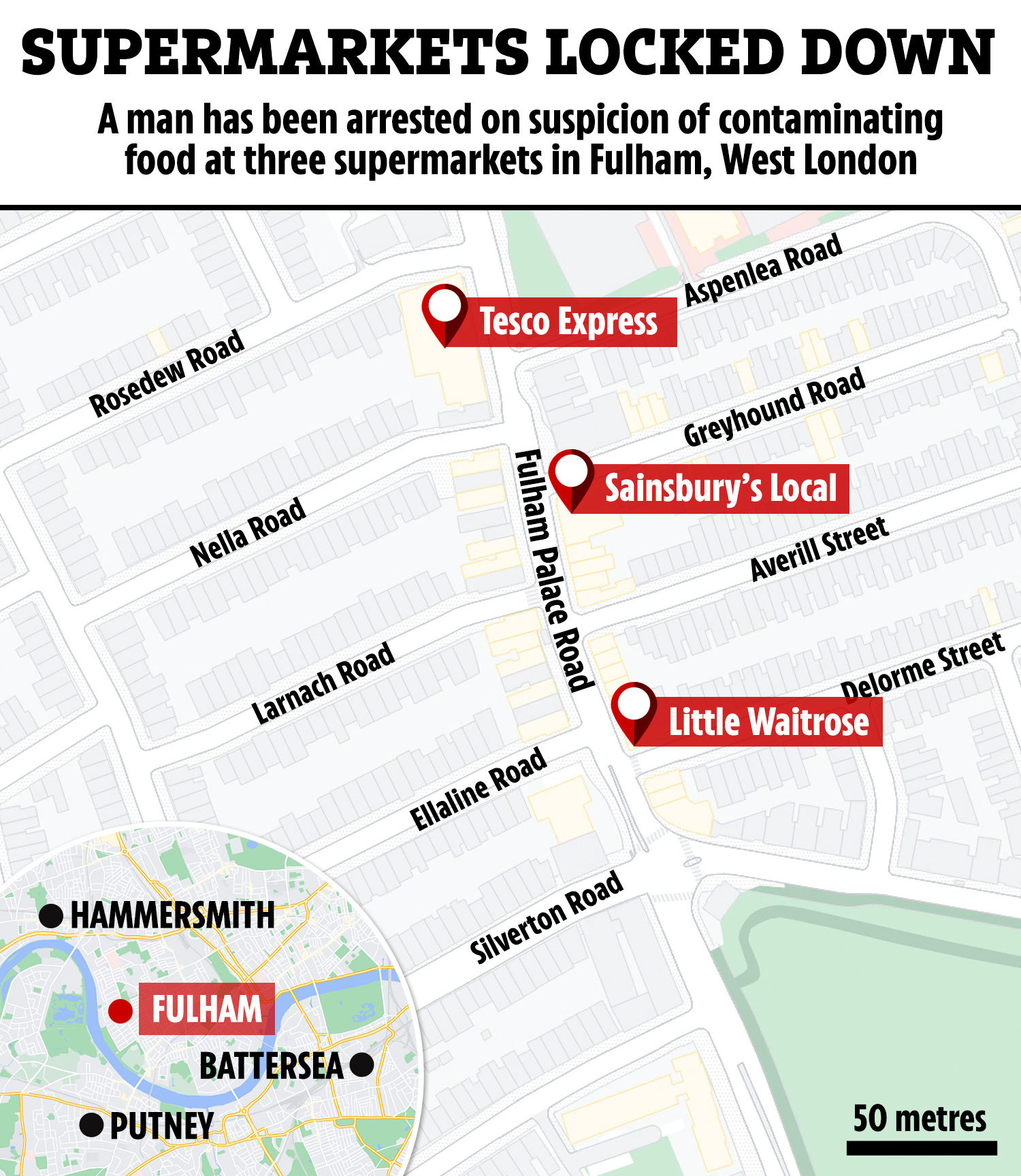