THIS is the horrifying moment when an out of control semi-truck caused a deadly eleven-car crash on a busy highway in Sacramento.

The accident resulted in one death and three people injured on Tuesday evening, according to local media KCRA. 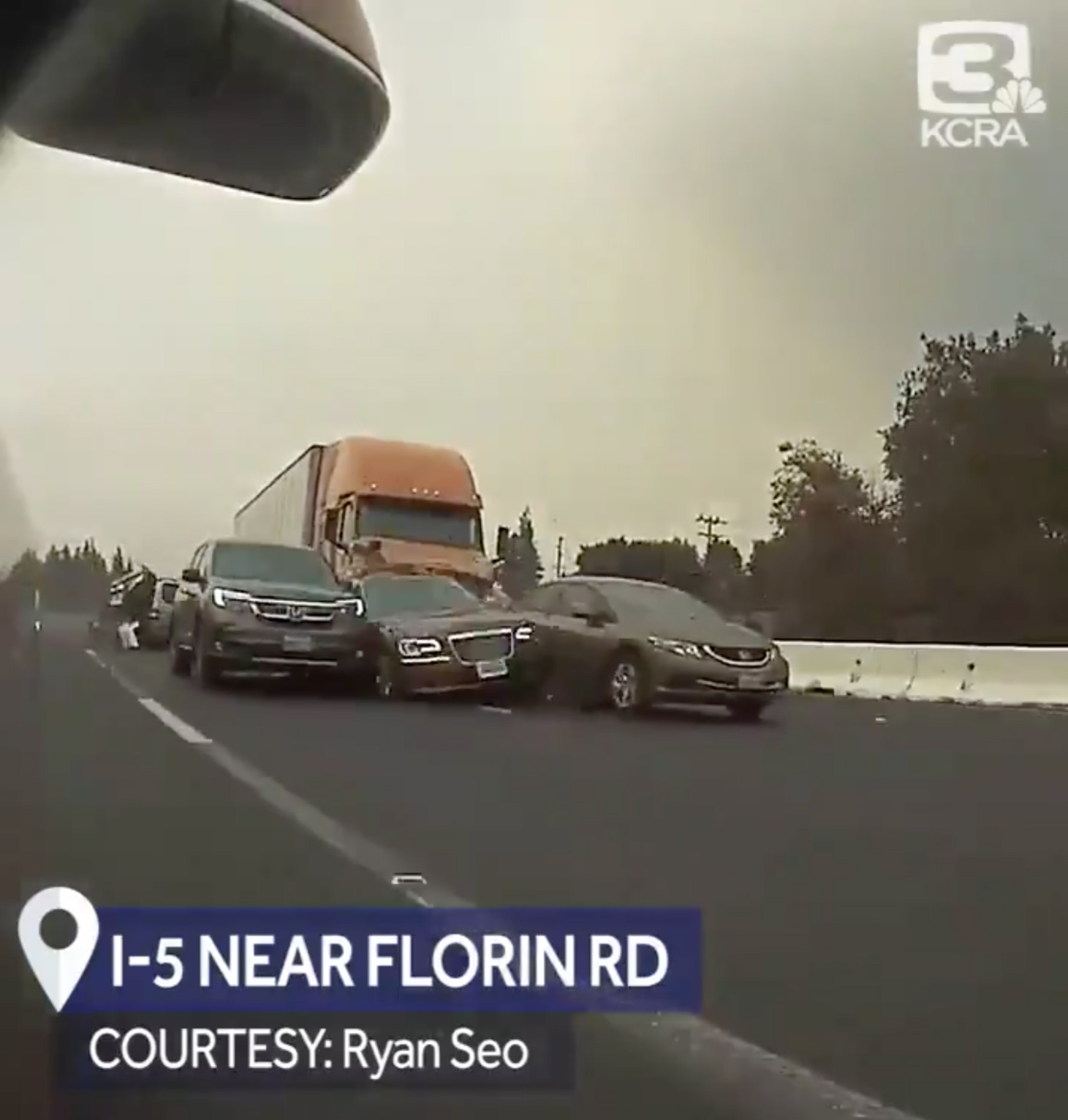 The graphic footage shows an orange semi-truck traveling southbound on the notoriously busy California's Interstate 5 Highway — one of the deadliest freeways in the United States — and crashing into the rear end of a black SUV in front of it.

The crash started a chain reaction as the SUV rammed into another vehicle while the semi-truck plowed through multiple cars at high speed.

Authorities said the big-rig reportedly failed to slow down and the crash involved 11 vehicles, the news agency reports. 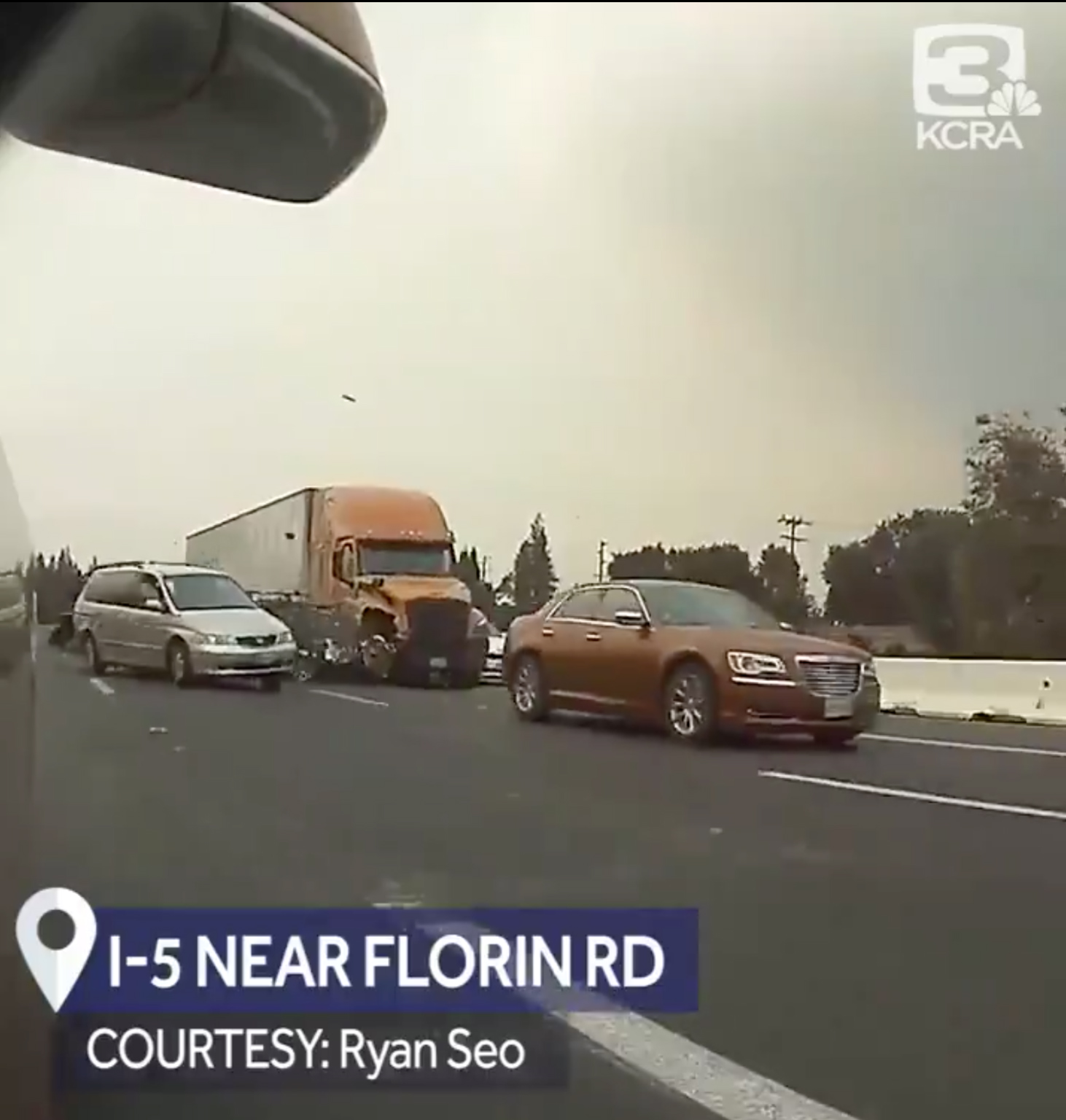 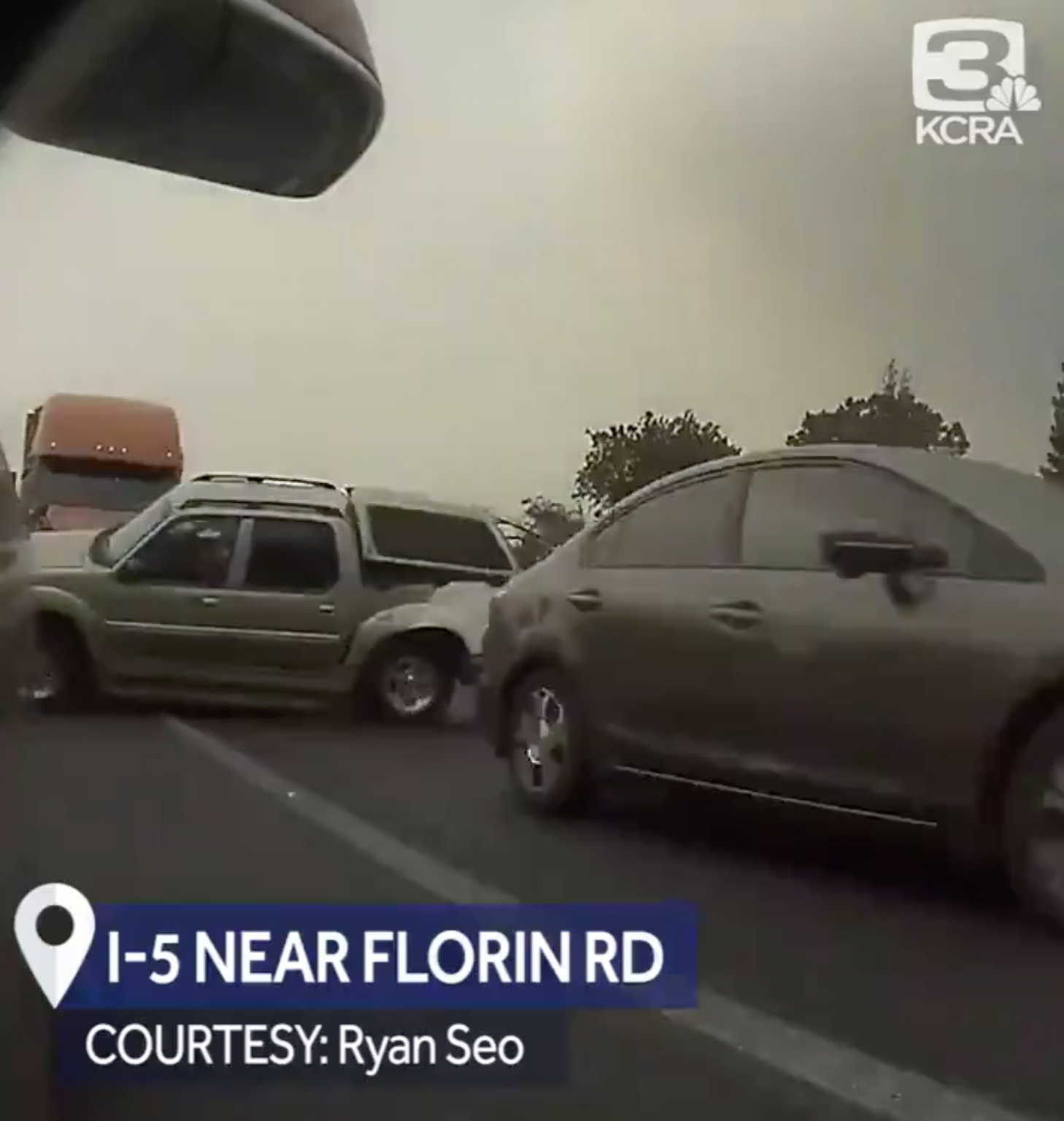 Among the vehicles involved in the crash was a red Chrysler 300 driven by former Elk Grove mayoral candidate Joel Broussard.

Broussard, 39, called his mother to sing her a happy birthday song just minutes before he was killed in the fatal crash.

“It was my birthday and Joel would always call me on his way home from work. But this particular day, he calls and he’s singing ‘Happy Birthday!’” Irma Broussard told KCRA.

The couple were married for 14 years and shared beautiful four children together.

Broussard ran for mayor of Elk Grove in 2016 — a medium-sized city in Sacramento with a population of 170,000 people.

He also served as a life coach and volunteered with children and families in the area.

Other three victims were transported to the hospital for treatment, but authorities have yet to release details about their conditions.

California Highway Patrol said drugs and alcohol do not appear to be a factor, according to the Sacramento Bee.