A MOUNTAIN of human bones and animal carcasses has been found inwhat's thought to be a hyenas' lava tube cave in Saudi Arabia.

The gruesome find was discovered in a large underground network of tunnels called Umm Jirsan and hyenas are now being blamed for the bone pile. 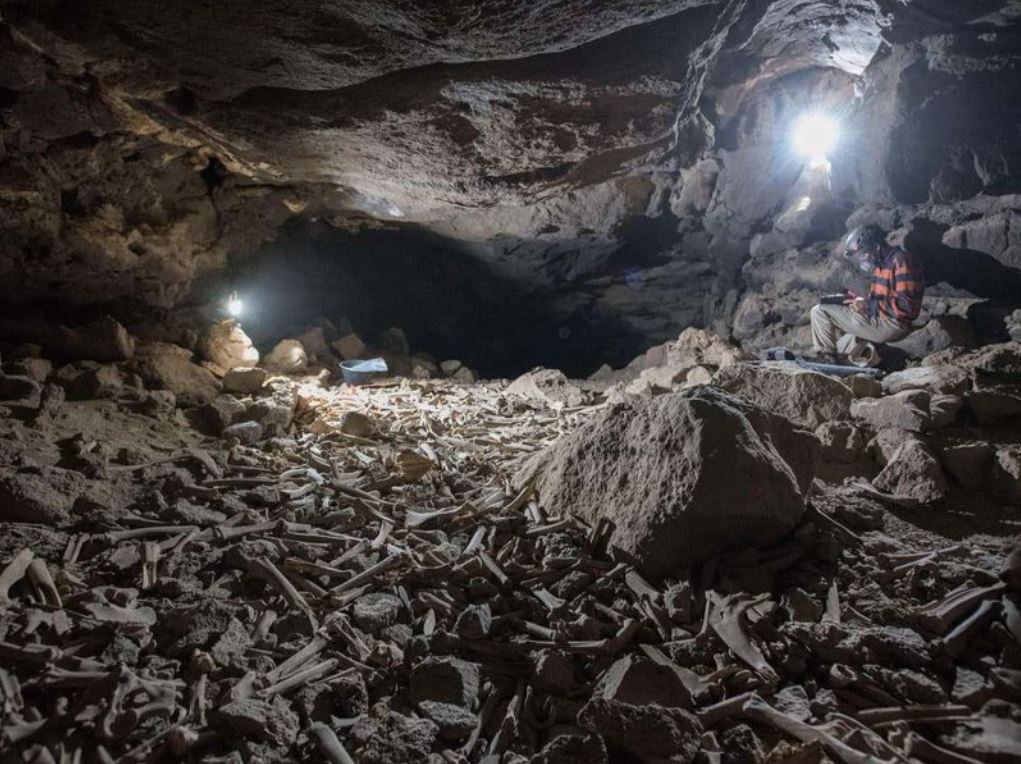 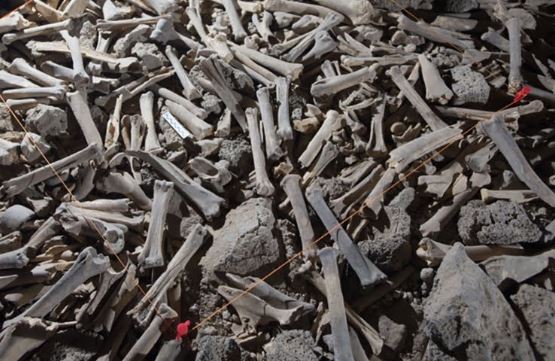 The Umm Jirsan Cave System spreads over 40 miles beneath the ground and was created by an ancient flow of lava.

According to Live Science, the lava-tube cavern was home to hyenas for thousands of years.

The creatures are thought to have created the mountain of bones over a seven thousand year period by discarding bones from their feasts.

Although some of the bones are human, experts don't think the hyenas would have killed any people.

Hyenas are scavengers so it's more likely they dug up buried human remains and made a meal out of it.

The huge pile of bones was found in the lava tube's western passage.

Researchers who worked at the cave published an article about their finds in the journal Archaeological and Anthropological Sciences.

They wrote: "The size and composition of the bone accumulation, as well as the presence of hyena skeletal remains and coprolites, suggest that the assemblage was primarily accumulated by striped hyena."

They analysed 1,900 bones from what was described as "extremely dense concentrations".

Of that selection, over 40 individual creatures were identified including two human skull fragments.

Evidence of hyena chewing and digestion is said to be present on the bones so the researchers ruled out the possibility of other animals being responsible.

"While predation of humans is possible — and some instances of predation on modern humans [have] been noted — the human remains at Umm Jirsan are likely due to striped hyena scavenging from human grave sites."

He added: "Sites like these may hold potential keys to understanding the environments and ecologies of the past in arid regions like Arabia." 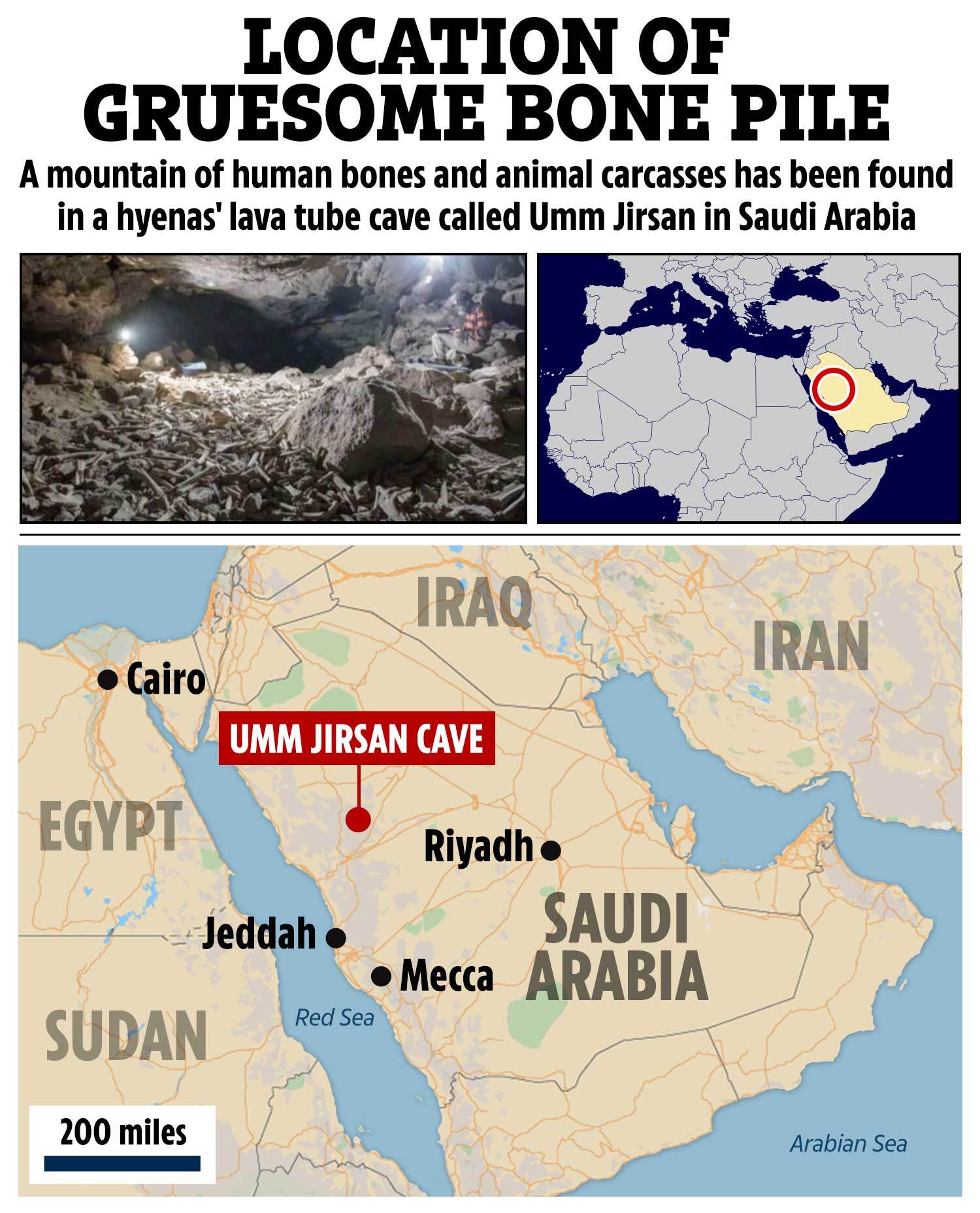 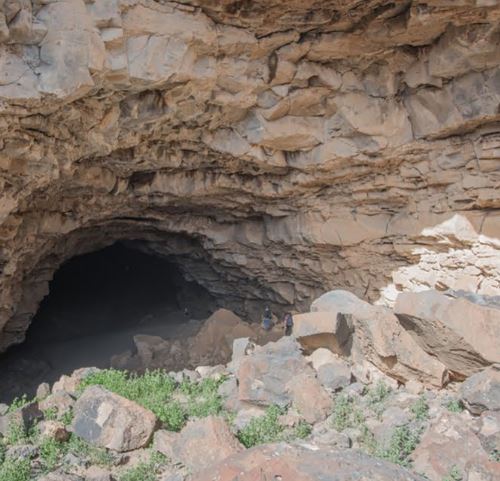 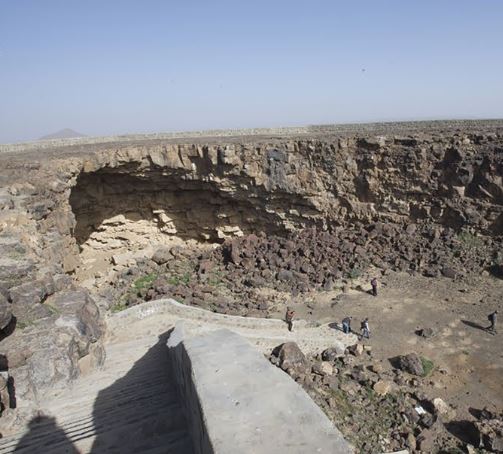 Find out more about science

Want to know more about the weird and wonderful world of science? From the Moon to the human body, we have you covered…

In other archaeology news, censored love letters from French queen Marie Antoinette have been read by scientists using an X-ray machine.

remains of a Nazi 'terror rocket' have been discovered in Kent, England.

The tomb of an ancient Egyptian king who lived around 4,500 years ago has been restored and opened to the public.

And, new analysis of the remains of an ancient Egyptian pharaoh has revealed he may have been brutally murdered on the battlefield.