How rife is Covid in YOUR town? England’s outbreak has PEAKED, massive testing survey suggests – but more people are still infected than ever before with one in TEN carrying virus in parts of the South West

Covid cases in England have peaked but a record one in 13 are still infected, a massive testing survey suggests.

Data from the Office for National Statistics (ONS), which shows 4.1million people (7.6 per cent) in England had Covid in the week ending April 2, less than half a per cent higher that one week earlier.

But in the worst-hit parts of the country — Plymouth, Torbay and South Hams — up to one in 10 people were carrying the virus.

ONS bosses admitted that ‘while infections remain high’, cases ‘may no longer be increasing in some parts of the UK’.

It comes as daily cases have been trending downwards for two weeks. But experts warn these are now almost meaningless because they rely entirely on people coming forward for tests. 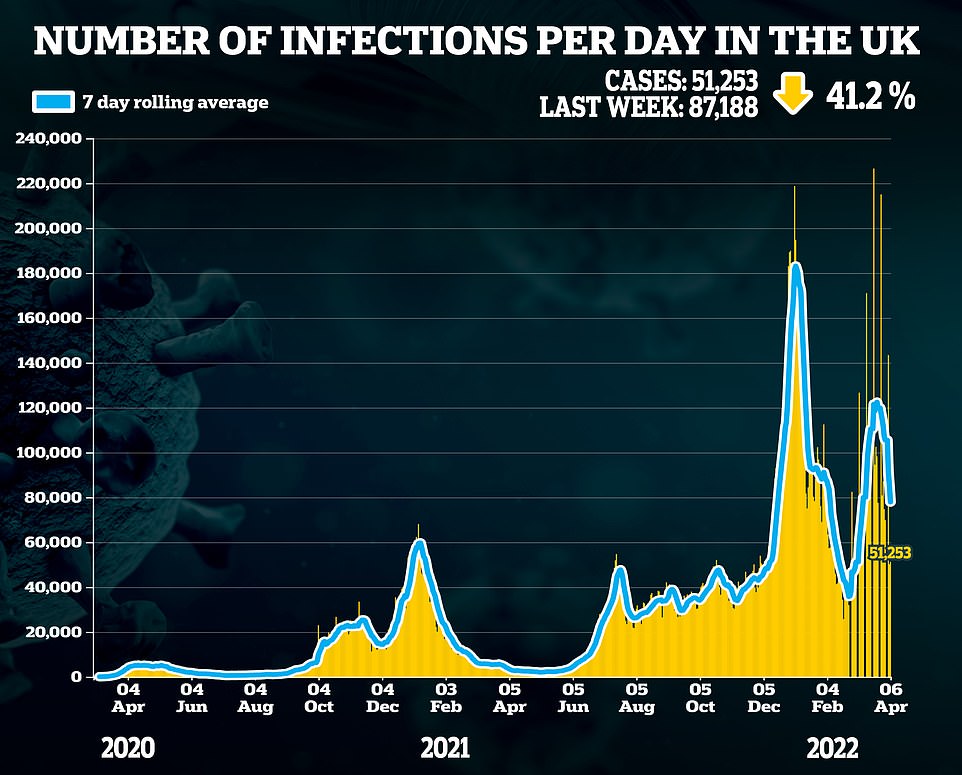 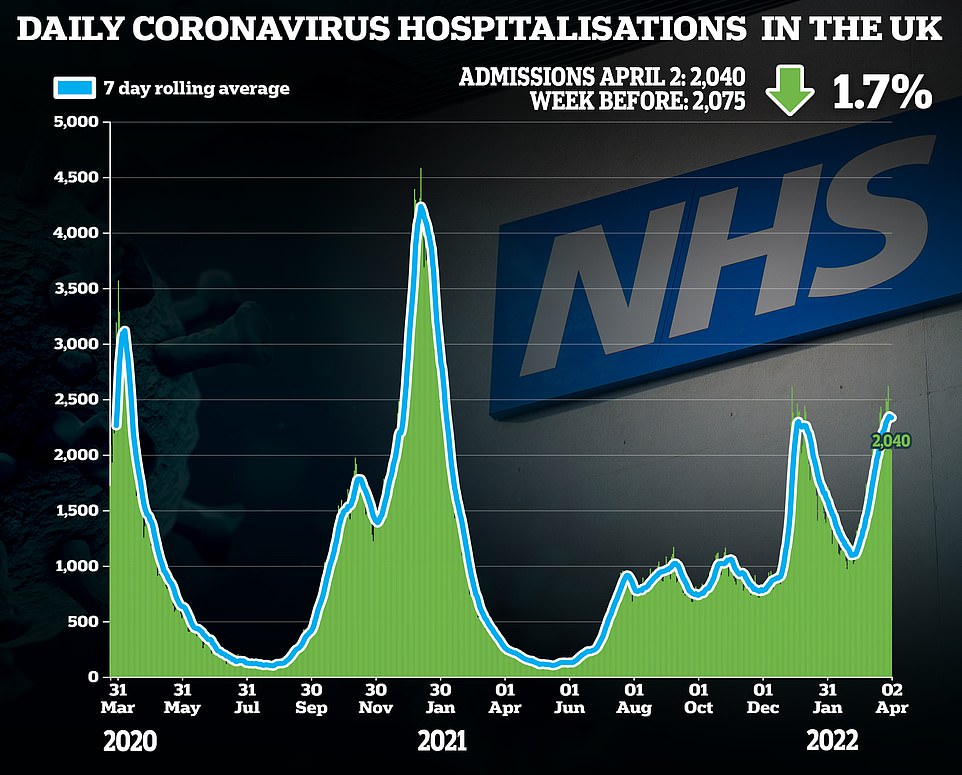 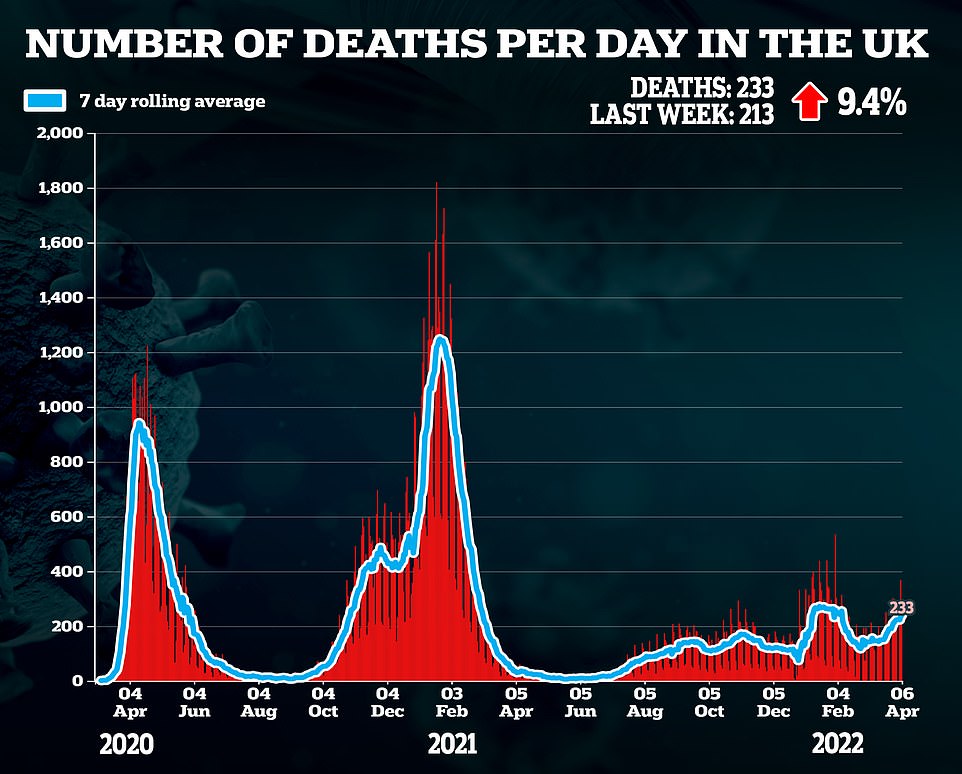 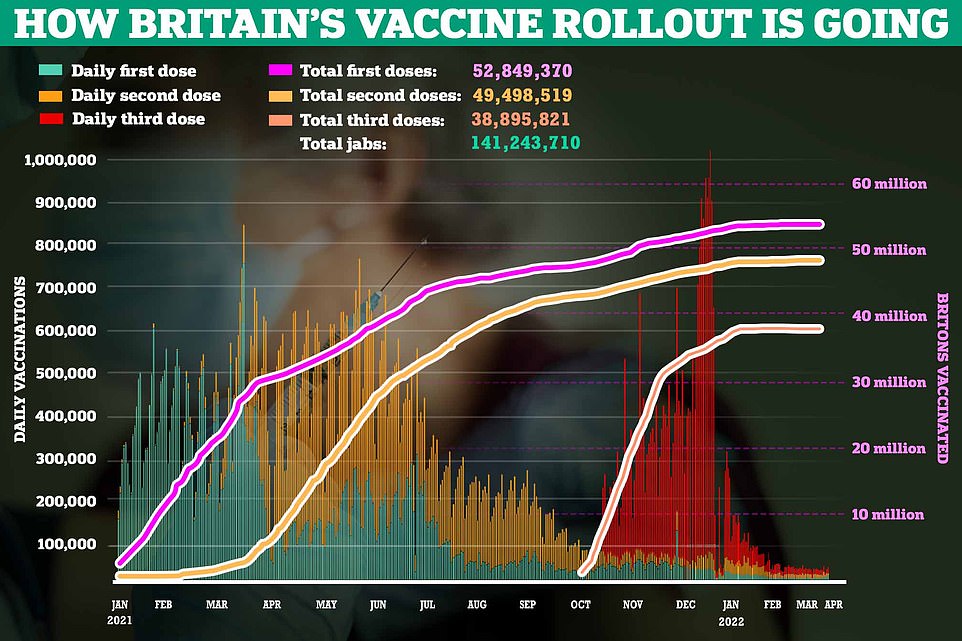 Sarah Crofts, head of analytical outputs for the ONS survey, said: ‘While infections remain high, there are early signs in our latest data that they may no longer be increasing in some parts of the UK.

‘Across English regions, there is a mixed picture in trends and we have seen a welcome decrease in Scotland.

‘However, rates in Wales continue to rise and the trend in Northern Ireland is uncertain.

‘It is too early to say if infections have peaked in England and Scotland. We will continue to monitor the data closely.’