How the Paras and Taliban formed a very uneasy pact: British troops are seen yards from the enemy at Kabul airport… relying on them to keep the peace amid rush to flee Afghanistan

Paratroopers were yesterday seen just yards from the Taliban at Kabul airport – even relying on their bitter enemy to keep the peace.

The British troops were searching the thousands of Afghans desperate to leave while armed Taliban kept watch over the crowds for suspicious activity.

A Taliban fighter even took up an observation position atop a container while Paras processed refugees and provided food, water and first aid.

Sources said the British and the Taliban appeared to be working well together and communicating effectively. 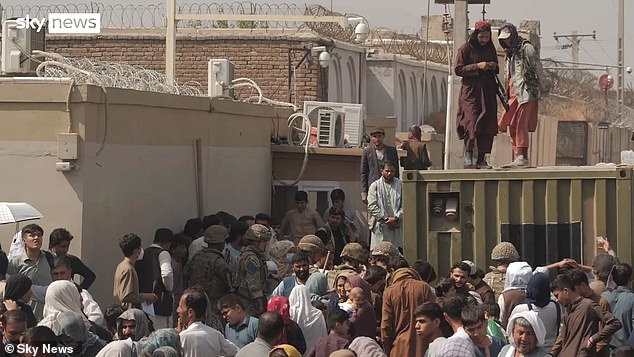 The British troops were searching the thousands of Afghans desperate to leave while armed Taliban kept watch over the crowds for suspicious activity. A Taliban fighter even took up an observation position atop a container while Paras processed refugees and provided food, water and first aid

They have been thrust together by the Doha deal, signed by former US President Donald Trump last year, committing to the withdrawal of American troops from Afghanistan.

With the US pulling out, Nato forces, including Britain, had no alternative but to follow.

The deal saw the Taliban agree to help facilitate the withdrawal of Western forces, not to attack and to also prevent others, such as Al Qaeda, from doing so.

UK defence minister James Heappey yesterday attributed the acceleration in the flow of evacuees through the airport to Taliban marshalling of the crowds.

The Taliban have been accused of being on a ‘PR offensive’ while the world’s eyes are on Kabul – but images of beatings have also emerged, which the militant group has blamed on rogue elements.

Paratroopers were the first British troops to set up camp in Helmand in 2006. 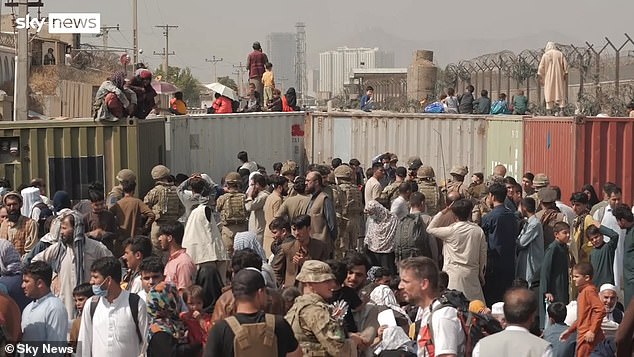 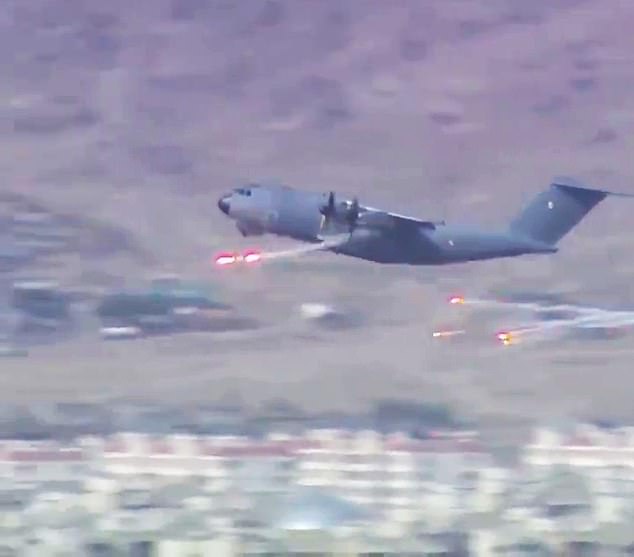 There was not supposed to be an offensive operation but in the subsequent six months the soldiers experienced some of the most intense fighting involving British troops since the Korean War.

Nobody would have predicted then that 15 years later the paratroopers and the Taliban would be effectively on the same side; for the time being at least.

Commanding officer Lieutenant Colonel Will Hunt told Sky News: ‘The main thing for us is making sure that we have a smooth system to get those entitled people through. At the moment that involves an element of the Taliban being here alongside us.

‘We have to put our thoughts about previous tours aside because everyone is trying to get the safest situation here.’

Last night, commander Brigadier Dan Blanchford added: ‘My men and women on the front line have witnessed harrowing scenes and shown professionalism and compassion in challenging circumstances. I am proud of their work.’