Numerous videos were shared on social media today showing “unusual footprints in the sky” over St Petersburg. The mysterious trails in the sky above the major Russian city sparked panic and speculation of an ‘air defence launch’. This comes as President Vladimir Putin continues to ratchet up the war in Ukraine after he announced a ‘partial mobilisation’ of Russians this week.

The panic among those who shared the videos points to rising tension within Russia.

Dozens of videos of the mysterious scene in the sky above St Petersburg were shared from different angles across the city.

@IntelCrab raised concern after tweeting that “numerous videos are coming in now of some sort of air-defense launch in St. Petersburg, Russia…”

The account shared a clip posted by one Ukrainian-based user, who simply tweeted: “Air defense in St. Petersburg ???”

JUST IN: Russian army make use of ‘mobile incinerators’ to disguise fatalities 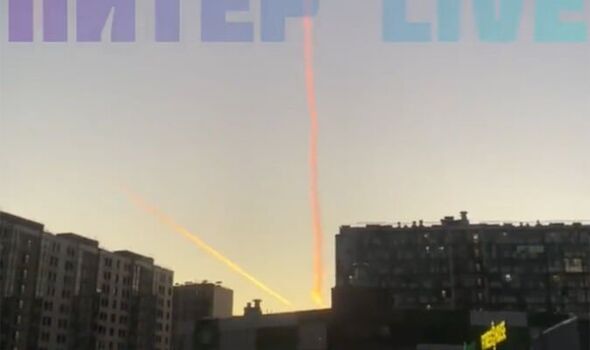 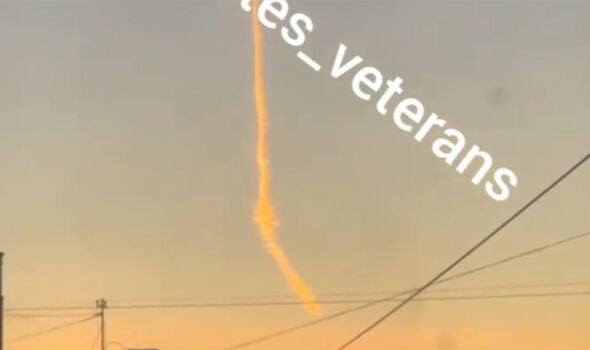 @Sprinter88000 remarked: “Strange footprints appeared in the evening sky over St. Petersburg. What it is is still unknown. Very similar to the contrail from rockets.”

@JayinKyiv tweeted: “St Petersburg late to the party but not to be left out of Russia’s implosion. Air defenses firing at something or nothing.”

OsintTv, which monitors the conflict in Ukraine, posted several videos of the “unusual footprints reported in the sky of St Petersburg”.

@WarInUkraineYet remarked that the ‘launch’ was “probably either equipment malfunction or an operator mistake”. 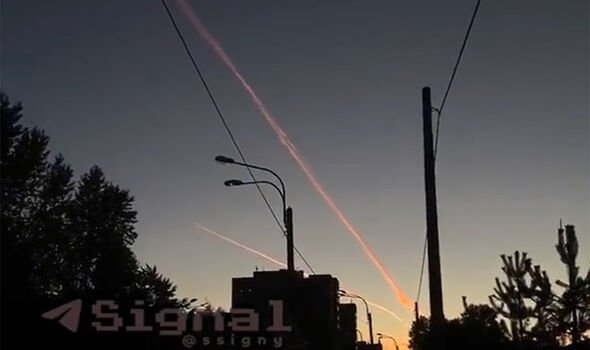 However, user @ZaesADSB, who tracks flights, pointed to two flights that took off from St Petersburg that corresponded to the timing of the two trails.

At the same time as the mysterious trails were spotted, police in the Russian city were beating protesters who were voicing their opposition to the mobilisation order.

Almost 100 people were reportedly arrested in Russia today in rallies against conscription across the country, according to OVD-Info, an independent Russian human rights project. 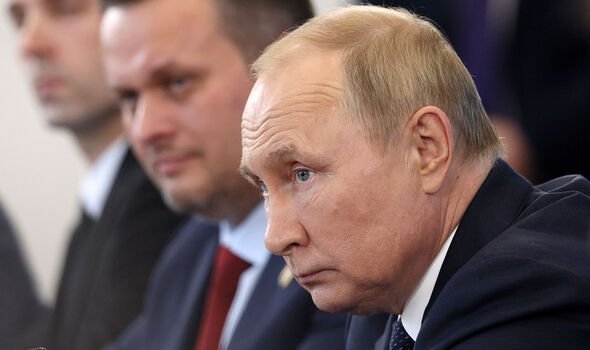 The protests inside Russia follow attempts by others to flee the country.

There are queues of up to 30km at the Georgia-Russia border and increased crossings into Finland.

Also today, the Russian President signed a new law that will see soldiers who desert, refuse to fight, disobey orders or surrender to the enemy will face up to ten years in prison.