Hurtling Hurricane Lorenzo is on a direct and rapid path to slam the UK tomorrow. The cyclone is moving quickly away from the Azores and heading towards the UK where it is expected to hit Ireland in the early hours of Thursday morning. The effects of the ‘beastly’ storm will include disruptive winds, falling trees and flooding.

Lorenzo is forecast to hit Ireland soon as it moves up the Atlantic Ocean towards the UK at “incredible pace”.

The centre of the storm will be off the coast of Connacht on Thursday evening before it sharply turns, moving across Ireland for the next day.

Weather forecasters predict parts of western Ireland will be slammed by the storm and battered by tropical-storm-force winds.

Paddy Mahon, from the National Emergency Coordination Group, told the Irish Mirror: “Lorenzo is moving at an incredible pace towards Ireland.” 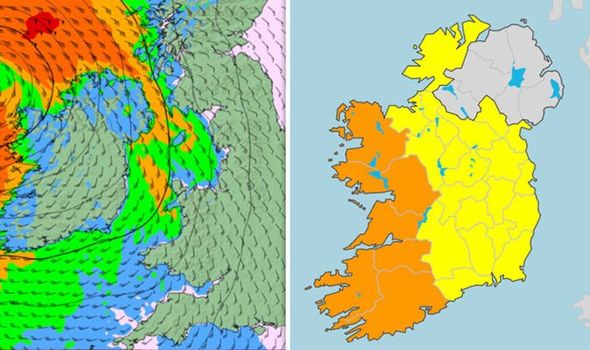 The powerful twister is the strongest storm on record to have hit this far east of the Atlantic Ocean, but the Category 1 storm with recorded winds of 90mph is expected to weaken further in the coming days.

According to the NHC, the storm will have winds of around 75mph as it nears making landfall and it’s expected to lose wind speed of around 12mph over the course of Thursday evening through to Friday evening.

Storm Lorenzo is expected to hurtle across the country in a southeasterly direction, with Mayo, Galway, Clare, Limerick, Kerry and Cork believed to be the worst affected counties.

Met Eireann has issued orange wind alerts for each of these regions, meaning there is a chance of dangerous or disruptive weather which may post a threat to life and property.

These winds speeds could be higher in coastal regions. Storm surges are also likely to produce coastal flooding and damage.

These orange alerts are in effect from Thursday at 6pm through Friday at 3am.

Met Eireann has issued yellow weather warnings for wind and rain across the rest of Ireland. 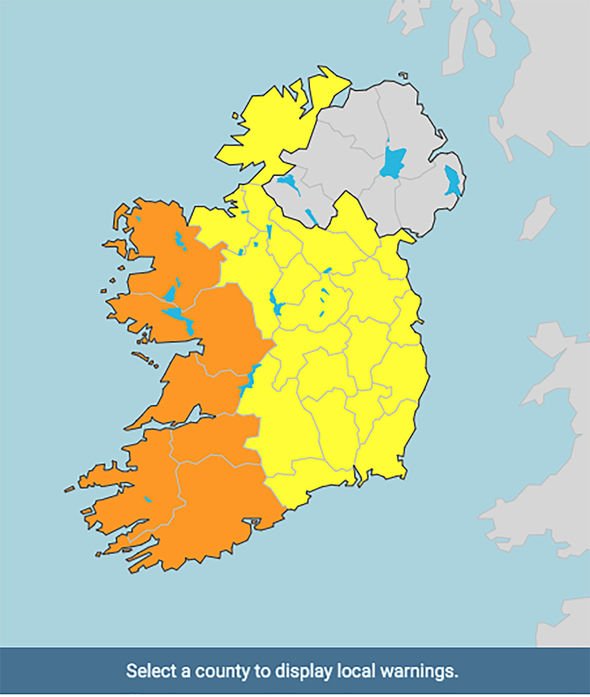 This means southeasterly winds will veer southwesterly and will reach mean speeds of 31 to 40mph (50 to 65kmh) with gusts up to 62mph (100kmh) resulting in some disruptive impacts.

The yellow rain warnings indicate there is a chance of heavy rain, in excess of 50mm (two inches) in parts of the west and northwest which may result in some flooding.

The UK Met Office has also issued a yellow weather warning for the coast of Northern Ireland which is in effect from 3pm to 10pm on Thursday.

The warning reads: “A spell of strong southeasterly winds may bring some transport disruption later on Thursday.”

A Met Eireann forecaster told the Irish Mirror: “During Thursday evening the centre of Storm Lorenzo will move closer to the northwest coast with strong southwest gales developing on Atlantic coasts and with strong and gusty winds beginning to extend further inland across Connacht and Munster. 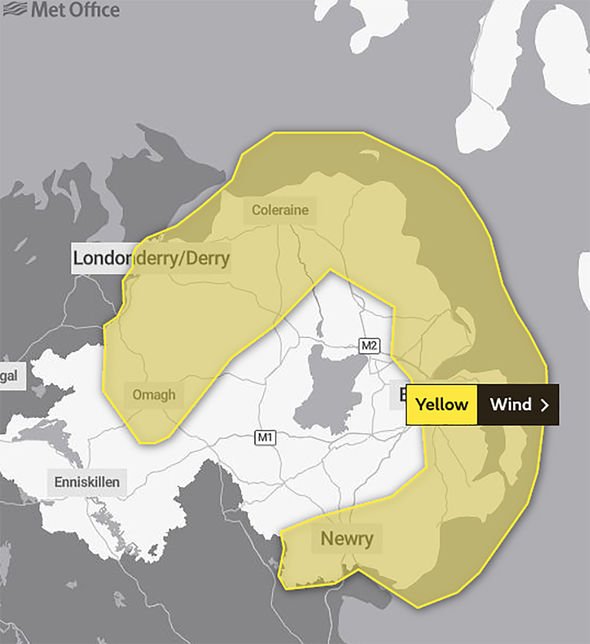 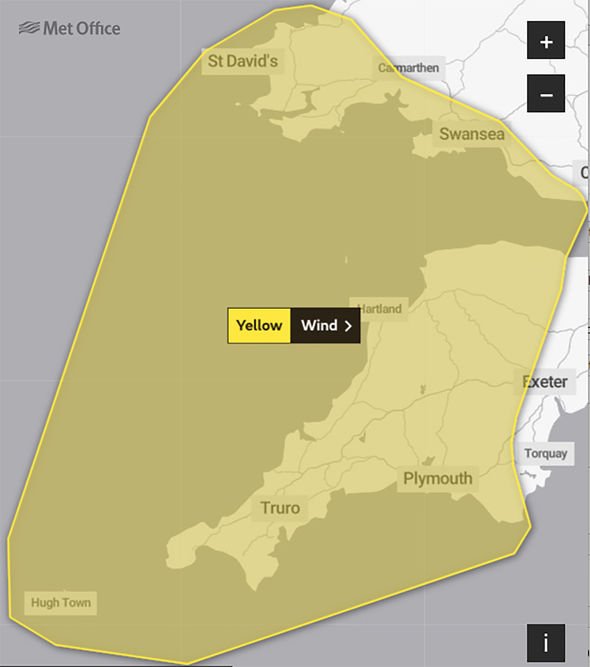 “There will also be squally showers and a risk of isolated thunderstorms leading to some spot flooding.”

Speaking at a meeting of the National Emergency Coordination Group last night, Housing Minister Eoghan Murphy said: “Our primary concern is around coastal areas and the very significant storm and wave surges we are going to see.

“It could be quite ferocious, very dangerous. There is a secondary concern around very strong winds.”