Tropical storm Edouard is the latest storm system to take form in the Atlantic, with hurricane season now in full swing. The US frequently experiences storms during the summer months of the year until the autumn, with the first systems forming around May. Both the eastern and western seaboards see their fair share of bad weather, and sometimes they drift towards the UK.

Tropical storm Edouard formed on the east coast of the US this weekend, hundreds of miles away from New Jersey.

Initially, Edouard formed as a tropical depression over the weekend, before the National Oceanic and Atmospheric Administration (NOAA) upgraded its status earlier today.

They warned the storm would continue to gather steam as it heads towards the west.

The latest advisory from the NOAA states: “At 11pm AST (3am UTC), the centre of Tropical Storm Edouard was located near latitude 37.2 North, longitude 56.9 West.” 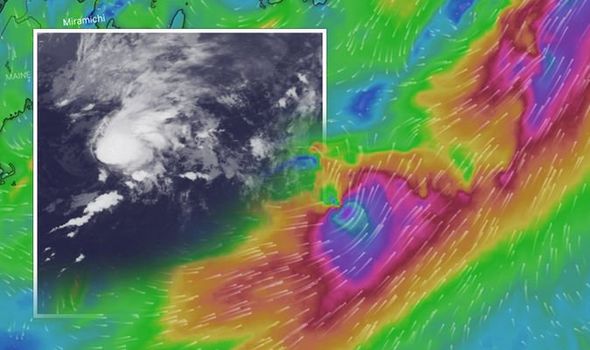 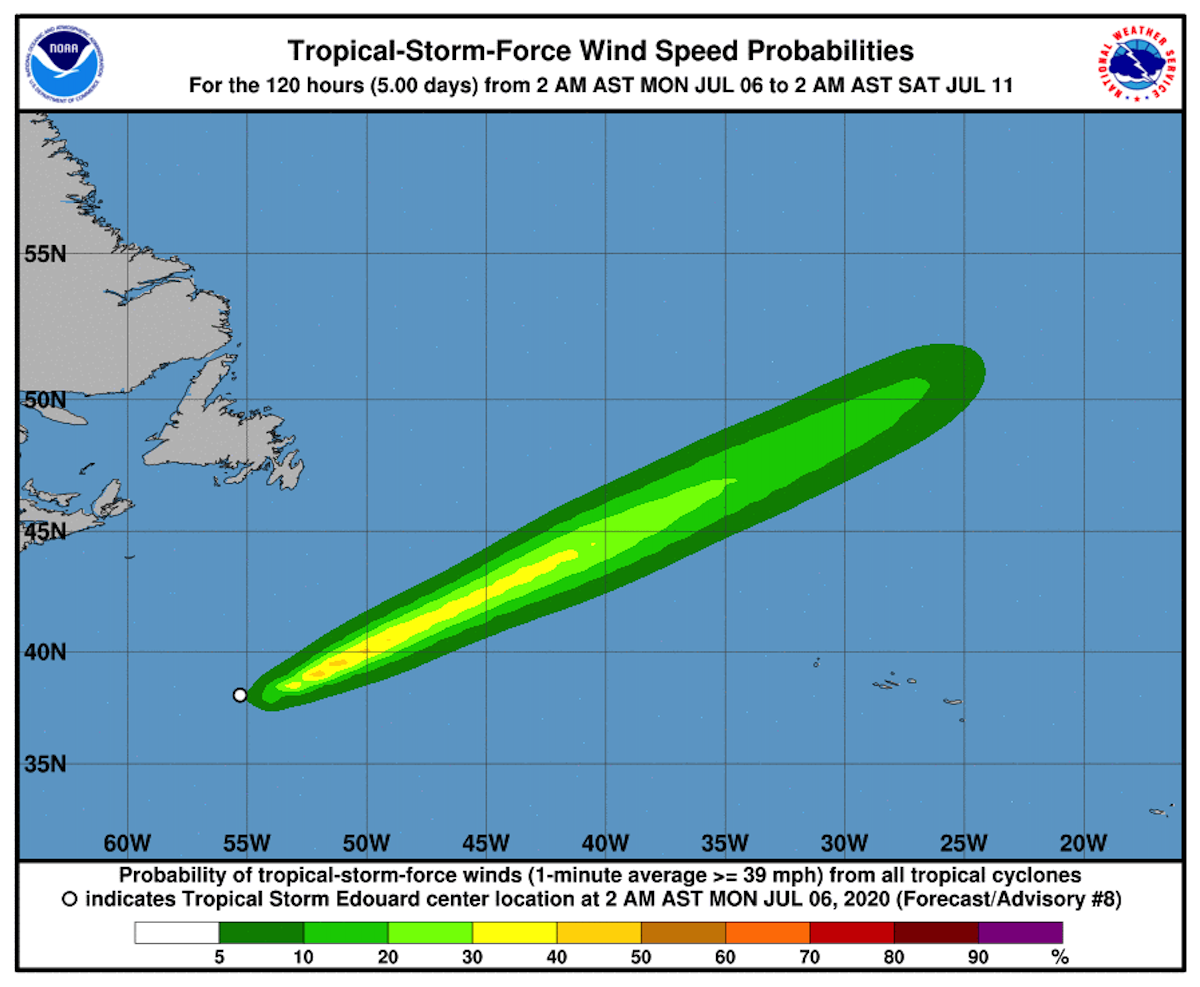 “Edouard is moving toward the northeast near 35 mph (56 km/h), and an even faster motion in that general direction is anticipated during the next couple of days.

“Maximum sustained winds are near 40 mph (65 km/h) with higher gusts.

“Little significant change in strength is forecast before Edouard is forecast to become post-tropical on Monday.

“Tropical-storm-force winds extend outward up to 60 miles (95 km) from the centre.” 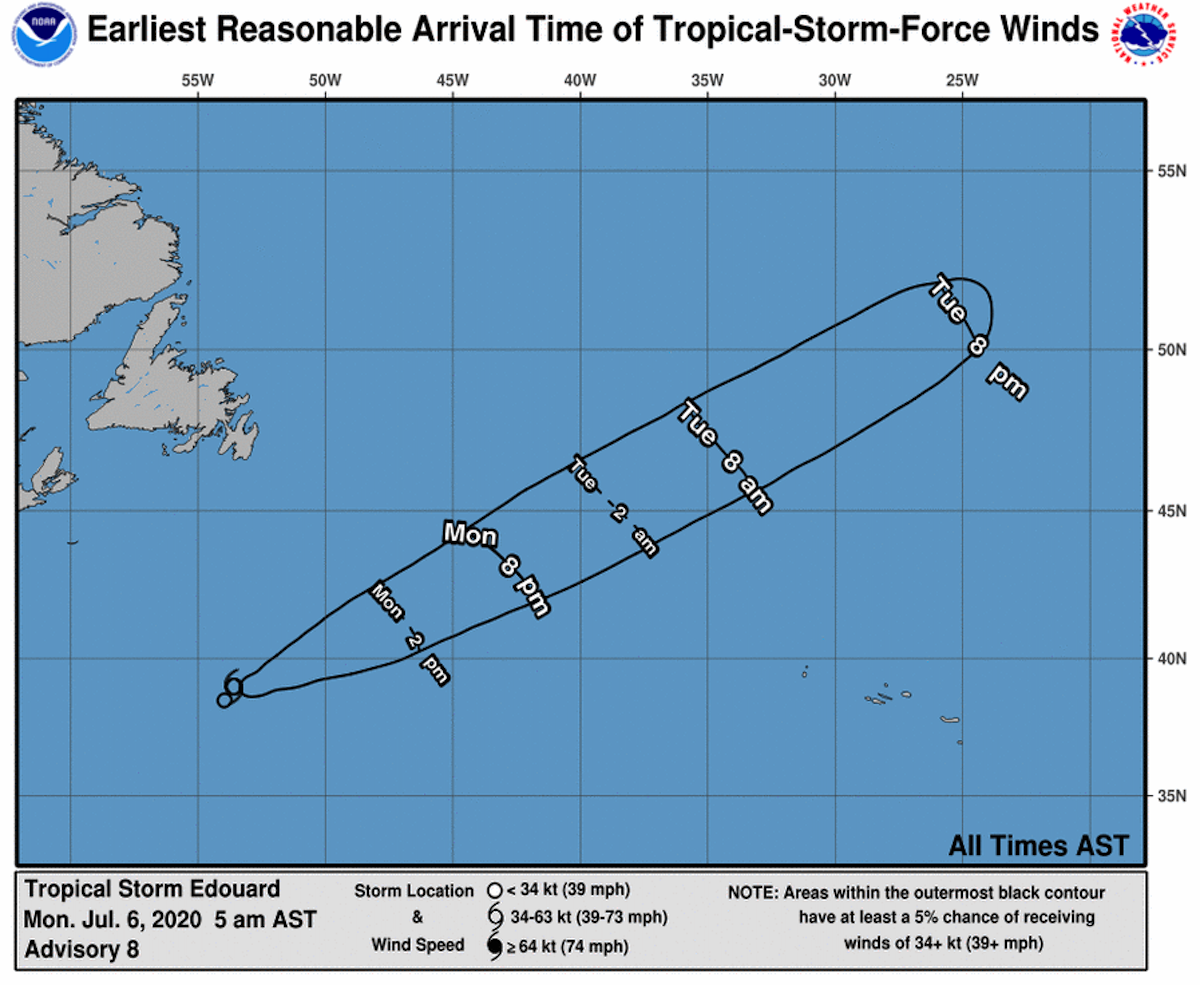 The National Hurricane Centre (NHC) added while the storm could strengthen still, it would ultimately fizzle out within 24 hours.

They said: “The cyclone is located in a region of strong southwesterly vertical wind shear, is heading for colder water, and is approaching a frontal system.

“This combination should lead to extratropical transition between 12-24 h, and it is possible that Edouard could strengthen a little as transition occurs.

“After transition, the extratropical low should persist for another 24 h or so before the circulation dissipates.” 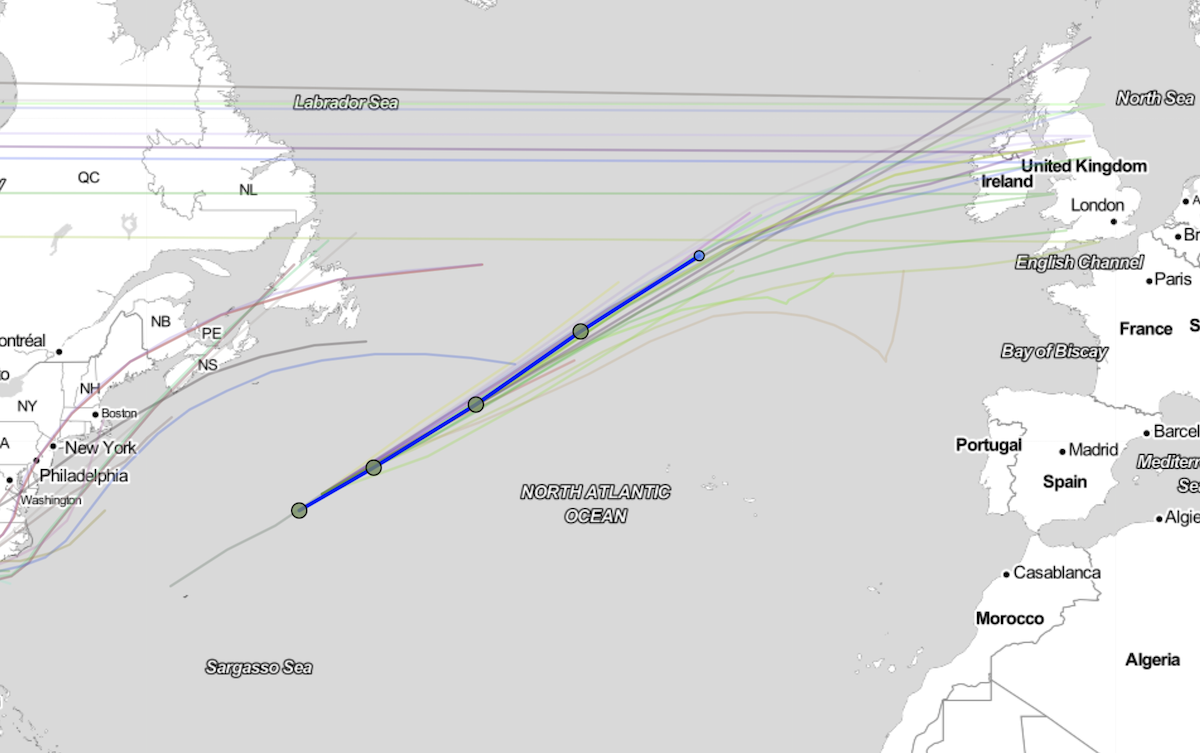 Tropical storm Edouard will dissipate before it gets the chance to impose its winds on the UK.

But its successors may eventually make the trip across the Atlantic.

Atlantic hurricane season runs between June 1 and November 30, during which several storms may make their way towards the UK.

In 2019 alone, forecasters noted the effects of four Atlantic hurricanes in the British Isles.

The remnants of Hurricane Humberto soon followed and struck the British Isles on September 4.

Two more grazed the UK in October and November, as Brits braced for the remnants of Hurricane Lorenzo and Tropical Storm Sebastien.

The latter system caused gale-force winds and triggered flood warnings across the country.