Husband is jailed for life for pushing his seven-month pregnant wife to her death from a cliff after posing for a selfie with her on 1,000ft-high ledge

A husband who pushed his heavily pregnant wife to her death from a cliff so he could collect a life insurance policy has been jailed for life.

Hakan Aysal, 40, was told Tuesday that he must serve at least 30 years before he can be considered for release by judges at Fethiye High Criminal Court, southern Turkey.

The court had previously heard that Aysal pushed wife Semra, 32, off a 1,000ft cliff in Butterfly Valley, a beauty spot around 10 miles south of Fethiye, in June 2018.

Aysal had lured his wife – who was afraid of heights – to the edge of the cliff on the pretense of taking a selfie before shoving her over. He then tried to pocket a £40,000 insurance payout from a policy he took out a short time before she died. 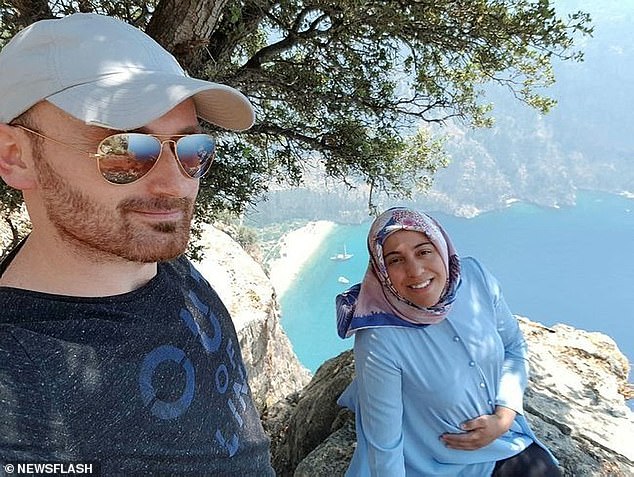 Hakan Aysal, 40 (left), has been jailed for life in Turkey after being found guilty of pushing seven-month pregnant wife Semra, 32, (right) to her death from this clifftop 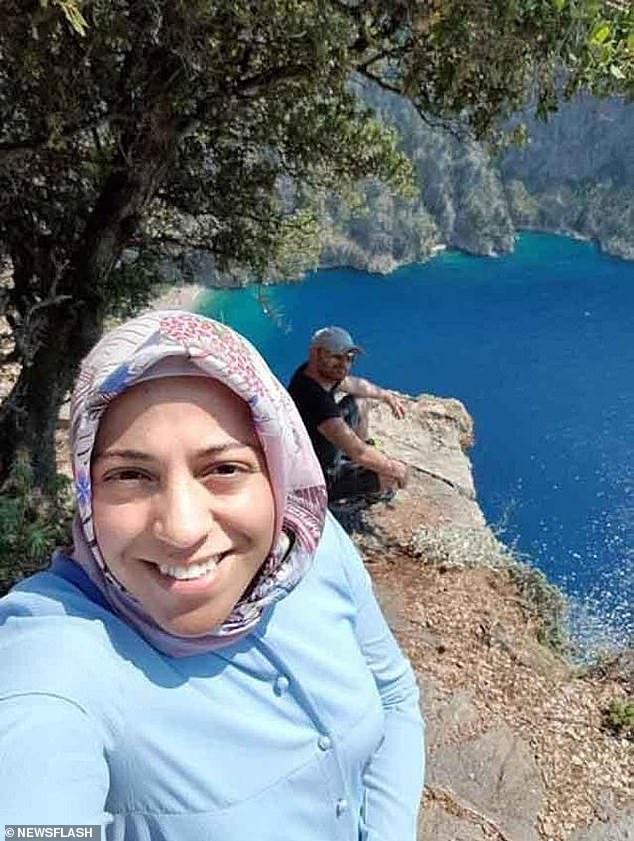 Aysal (rear) had lured his wife to a beauty spot 1,000ft above Butterfly Valley, in southern Turkey, in June 2018 before shoving her over the edge to collect on a life insurance policy

Police were alerted to the suspicious death when Aysal tried to claim on the policy just days after Semra perished.

Aysal, who initially denied the killing, tried to appeal on the basis of insanity after he was found guilty several weeks ago – but medics have since ruled him sane.

He was hauled back to court on October 24 so his punishment could be confirmed.

During the trial, witnesses told how Aysal was ‘completely calm’ as he flagged down help after Serma fell to her death.

Sait Erturk, a passing driver who was stopped by Aysal, described him as ‘carefree’ and said he did not come with them to search for his wife’s body.

Mr Erturk told the court: ‘I was driving there and when I saw someone was waving at me, and I stopped. Hakan came and said that his wife had fallen down the cliff.

‘We immediately got out of the care and started looking for her, but we couldn’t see where she would have landed from where we were.

‘We tried to get closer to the edge for a better look. Hakan did not come with us down there. We stayed there until the gendarmerie arrived.

‘Hakan was very carefree and calm. He was not acting like a man whose wife had just fallen off a cliff.’

Another witness, Recep Sahin, whose daughter captured Serma’s final moments on the clifftop before she died, also took the stand.

He told the court that he had stopped at the beauty spot ‘to see the view of Kabak Bay with my family.’

‘My daughter was filming the view with my phone and the Aysal couple came down the slope at that moment.

The witnesses both added that the defendant appeared very calm in the moments after the incident while emergency services were on the scene.

On the day of Semra’s death, another witness captured the moment her husband appeared to be almost dragging her over to the edge of the cliff.

But nobody captured the moment Serma actually fell. Prosecutors say this is because Aysal insisted the couple stay on the clifftop for three hours until he could be sure they were not being watched.

In February, the court heard from the victim’s brother, Naim Yolcu, in a video interview.

‘When we went to the Forensic Medicine Institute to get the body, Hakan was sitting in the car. My family and I were destroyed, but Hakan did not even appear sad,’ he said, adding that he did not see Aysal cry.

‘My sister was always against taking out loans. However, after she died, we learned that she had three loans taken by Hakan on behalf of my sister. 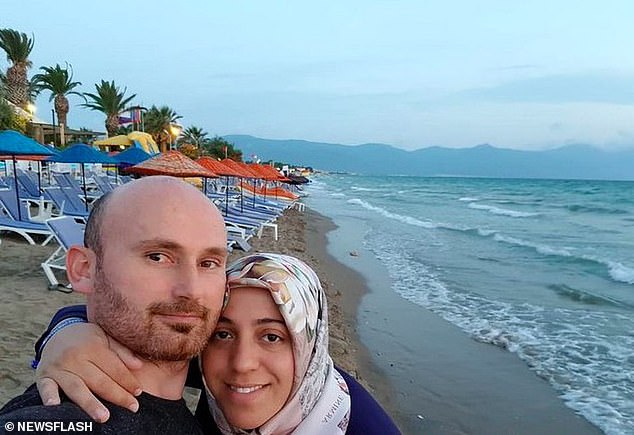 ‘Also, Semra had a fear of heights, what extreme sport is she going to be doing when she is scared of heights?,’ Yolcu said.

Local news outlet NTV reported that bank statements requested by the court showed that Aysal had taken out seven loans on Semra’s behalf.

Asked previously about the insurance premiums, Aysal said: ‘I have been interested in extreme sports since 2014; Parachuting, bungee jumping, rafting. That is why I had life insurance before I got married.’

‘I did not examine the policy much,’ Aysal said when asked about an article in the personal accident insurance that named him as the sole benefactor in the case of Semra’s death and his family as the benefactors should they both die.

‘The banker arranged the paperwork. I just brought it to my wife to get it signed. I was not aware that there was such an article,’ he said.

Aysal had denied responsibility for Semra’s death, he explained her fall by saying: ‘After taking a photo, my wife put her phone in her bag. Later, she asked me to give her the phone.

‘ I got up and then I heard my wife scream behind my when I walked a few steps away to get the bag. When I turned back, she was not there. I did not push my wife.’